The origins of the Anglo Saxon church in Hampshire is as elusive as much else about early Anglo Saxon society in the years after Roman occupation. After the Romans left, a void opened in society, filled with what we might term pioneers, newcomers, forming a new society and relying upon their own cultures and ideals. This was change on a massive and rapid scale. Added to this stewpot of cultures, ideas and aspirations came Christianity, brought to these shores of Hampshire by people such as St Wilfrid. The Romans had already begun to embrace Christianity and at Silchester an early church thought to be Christian has been excavated. 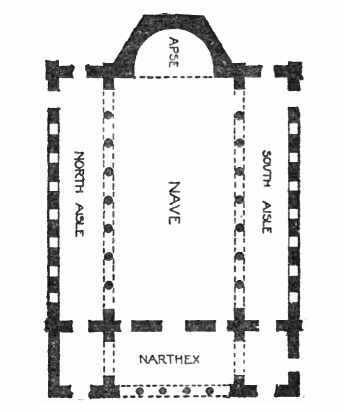 The Early Christian Church may have been single cell without the aisles.

Religion at this time was probably quite utilaterian, prayer was quite possibly seen as a means to an end. It was a brutal world and if the Pagan religion wasn’t attending enough to the needs of the people, keeping disease at bay for example, then maybe the new religion, Christianity, could. There is a suggestion that in some churches with positions for two or more altars, that there was a combination of worship going on, the Pagan and Christian alongside each other. 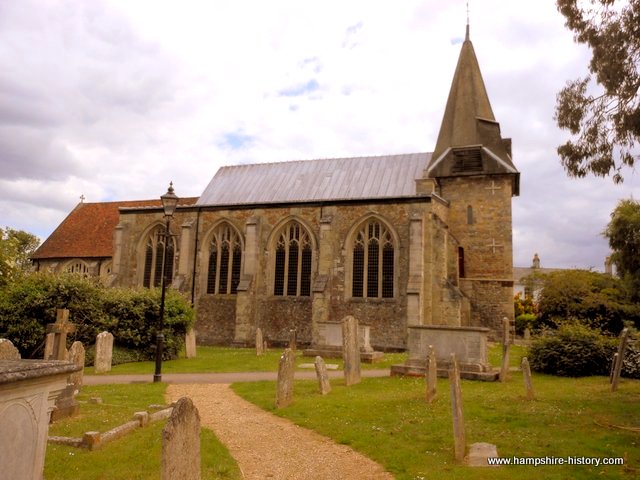 St Wilfrid arrived in Hampshire in about 680AD and built his church at Titchfield. He and his ministry spread northwards, up the Meon Valley, to spread the word of Christ. The early ministers preached wherever a place of meeting could be found. A stone cross was often erected and over time the cross was replaced with a simple wooden building. The church at Titchfield acted as the minster church, from here priests would venture out to preach and seek to convert the local communities. Churches began to appear along  the river valleys of the Meon, Test and Itchen.

And then along came the Danes

The Danish invasions of the C8th and C9th almost brought to an end the establishment of an English society and the emergence of the Christian faith and the victory of King Alfred over the Danes in 871AD was the turning point in the development of the church not just in Wessex but throughout England. King Alfred was pivotal in re-establishing the structure of the Christian church and set about a programme of spiritual reform that would include the rebuilding of religious houses, see Nunnaminster in Winchester.

The idea of the early church belonging to a community is however a flawed idea. The Minsters in Hampshire appear to have been a forceful and well organized community, who did a good job of ministering to their flock. At around 900AD, there seems to have been the beginning of local church building. Where churches have been excavated and earlier structures found, none seem to have been built before this 900AD – 950AD period. 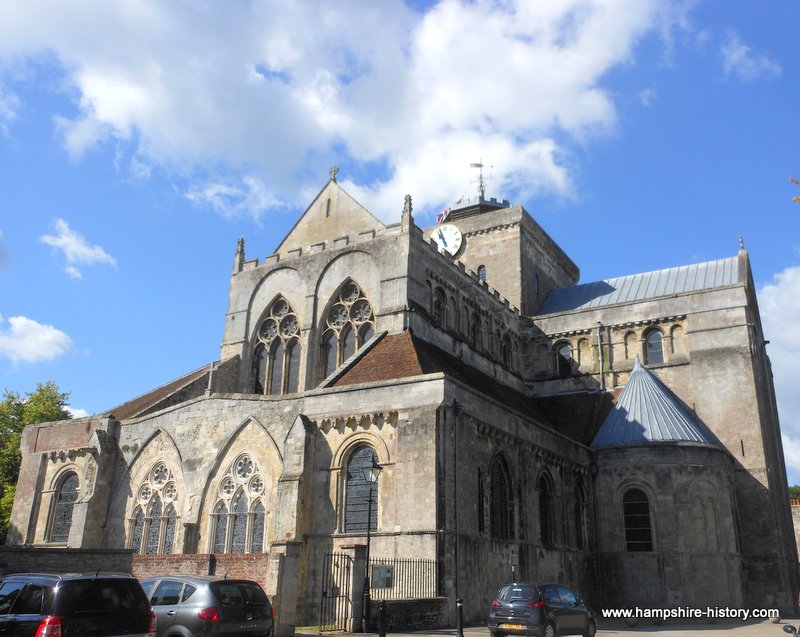 Romsey Abbey would have been a ‘superior’ church

Before the C11th of course there was no concept of parish, the land was divided into administrative units, the hundreds.

The pre-conquest local church was built within the grounds of the manor house and was built to serve the lord or theign. At this time, a theign may have had a personal priest who took care of the spiritual needs of the lord and his family. It seems reasonable therefore to build him a structure in which he could say mass. The church was built close to the manor house, convenient for the Lord. The church may also have been built to provide a base for priests sent out from the minster.When a church was built in the Anglo Saxon period, it’s size and style depended upon the status of the Lord who would have funded and commissioned the building. There are a number of churches within Hampshire that illustrate this point, at Boarhunt the church sits on a knoll across from Manor farm and in West Worldham the single cell building is snug against the manor house. At West Tisted the church is in the grounds of the manor house surrounded by a moat. 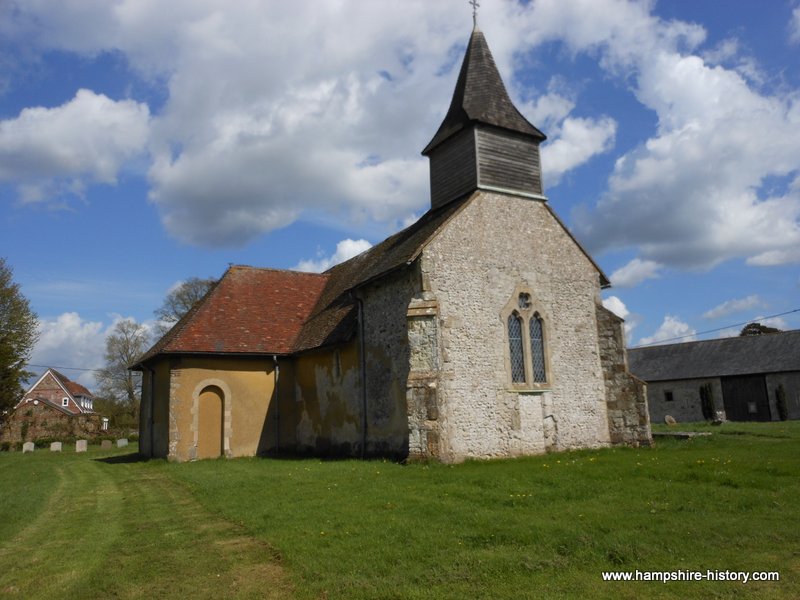 Colemore Church alongside the manor house and barns

The growth of the local church

These churches were not, therefore, breakaway churches from the minster but often satellites to them, funded by wealthy land owning families. Churches built on estates such as Breamore in Hampshire, were effectively private chapels for the use of the Lord and his family. These churches evolved and grew and it is possible to see this growth through people who left money and goods to in their wills to the church. Endowments were left to the priests to take care of the church and to support the fabric of the building. Money, land and goods were handed to the church to ensure this happened. Money and land to build other monastic buildings may also be distributed. Sometimes a Lord had more than one priest and so he would build several churches over his estate.

Examples of such churches, exist all over Hampshire some of which still have features that look back to their Anglo Saxon heritage.