The Wriothesley Monument in St Peter’s church Titchfield, serves as a reminder of a family whose lives were inextricably woven into the history of Hampshire and of England 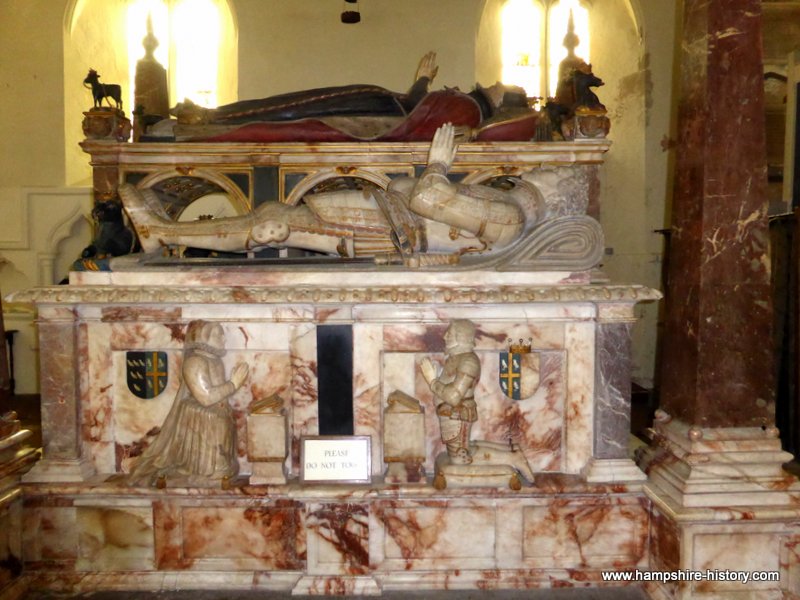 The ancient church of St Peter’s in Titchfield welcomes the visitor with an almost complete chronology of the Christian church from it’s Anglo Saxon features, it’s C13th tower and of course the post reformation footprint in terms of furnishings and the inevitable Victorian restoration.

One part of the church however seems to separate itself from the rest and that is the South Chapel, which was built in the C14th and would have been a closed chapel, having it’s own sedilia (the stone seats found on the south side of an altar) and piscina (a shallow basin for washing the communion vessels).

Aside from all the wonderful architectural features in the chapel, it is the presence in the chapel of a marvelous monument, the Wriothesley monument that captures the attention of the visitor. The rise of the Wriothesley family began with Thomas Wriothesley, who, in 1524, at the age of nineteen entered the service of Thomas Cromwell and through Stephen Gardiner, secretary to King Henry VIII,became Clerk of the Signet. 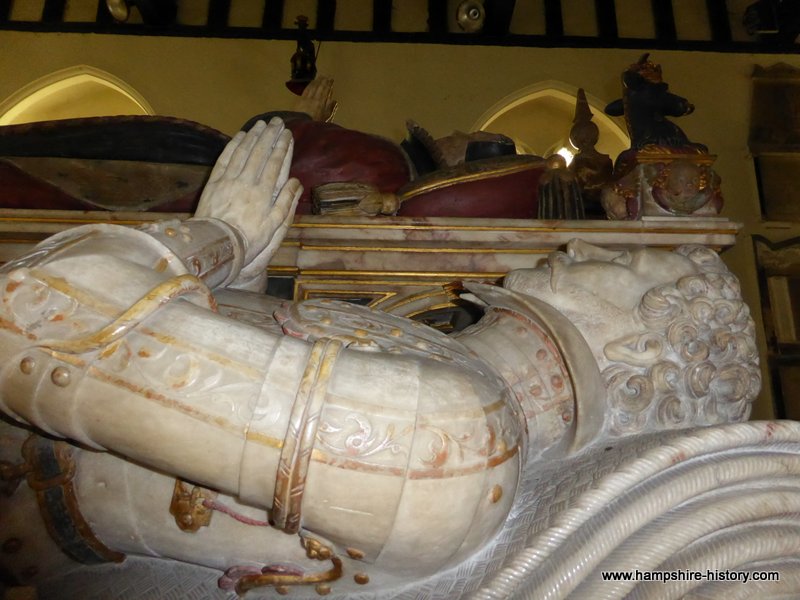 Wriothesley must have done a good job

Wriothesley must have been a supreme diplomat and his services to the King extensive and useful because after the Dissolution he was richly rewarded with extensive lands in Hampshire, in Southampton and Winchester. The family fortunes were set for life. Cromwell fell but Wriothesley did not. He was knighted and in 1544 became Baron of Titchfield. King Henry then made him Earl of Southampton in 1547. His son Henry, was honoured by having King Henry VIII as Godfather and went onto to become the second Earl of Southampton. 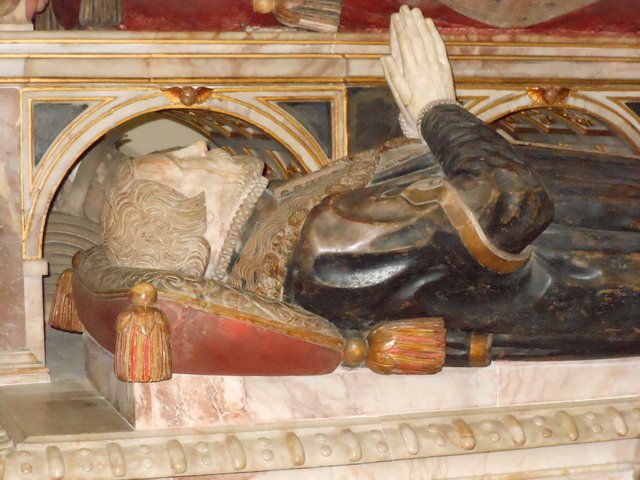 Henry had a rather topsey turvey relationship with his monarch, Queen Elizabeth I and with his wife Mary but it is he who is responsible for the Wriothesley Monument. In 1594, he ordered that two monuments should be set up in the church, one for his father Thomas and his mother Jane, the other for himself. The sculptor was Gerard Johnson, a Flemish mason. The resultant monument was a single one, bearing three effigies, carved from marble and alabaster. His mother is central and raised. Other figures are also included, the daughters of Thomas kneeling alongside him and Henry’s son Henry the third Earl and his sister kneeling alongside him.

The monument covers the family vault, in which are interred the remains of the first four Earls and other family members and in the chapel other monuments to the Wriothesley family can be seen. 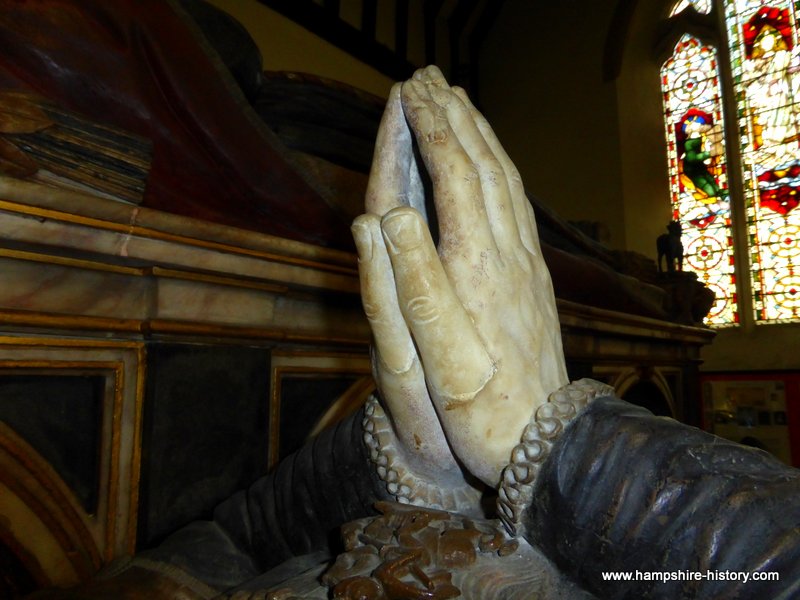