A Hampshire History favourite, the baptismal font Bentworth with its beautiful cover 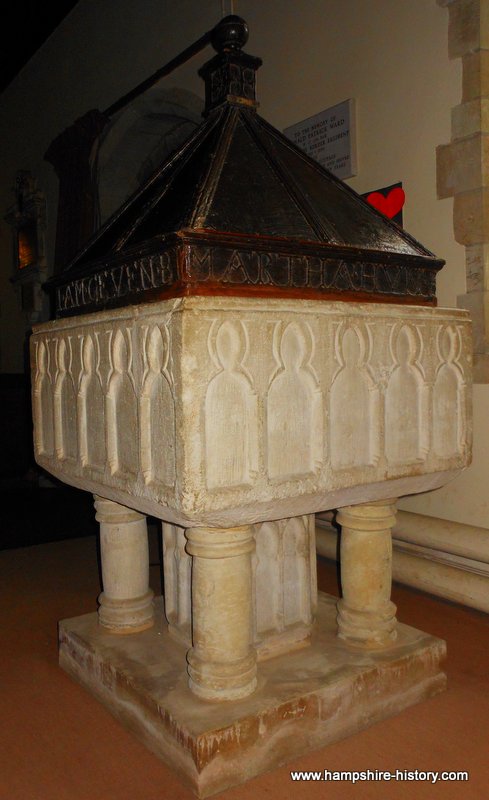 The font is not one of oldest in the county but looks glorious topped by a pyramidal oak cover and it is this and the inscription upon it that sets this Hampshire font apart. The inscription reads;

The rich patina of the oak, now a dark conker brown, is boldly carved. Topped by a terminal ball to act as a handle and carved with a simple flower on four sides of a cube below. The inscription stands out perfectly clearly. 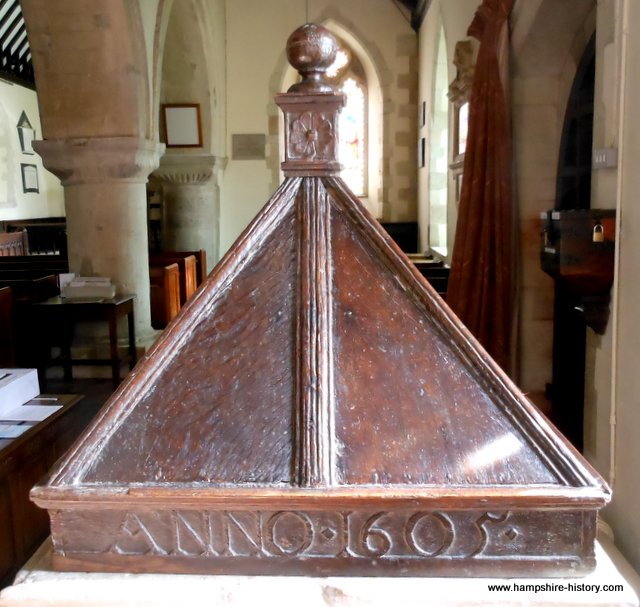 The font itself dates to the C13th, possibly early C13th as it retains the larger deeper style of font that was Norman. The decoration is subdued and simple, with a continuous band of arcading, each side having five trefoiled arches. It is carved from a calcareous stone, possibly local in origin.

There is a central pedestal, mounted on a platform, four simple shafts support the corner. The simplicity of the shafts again point to an early C13th date. 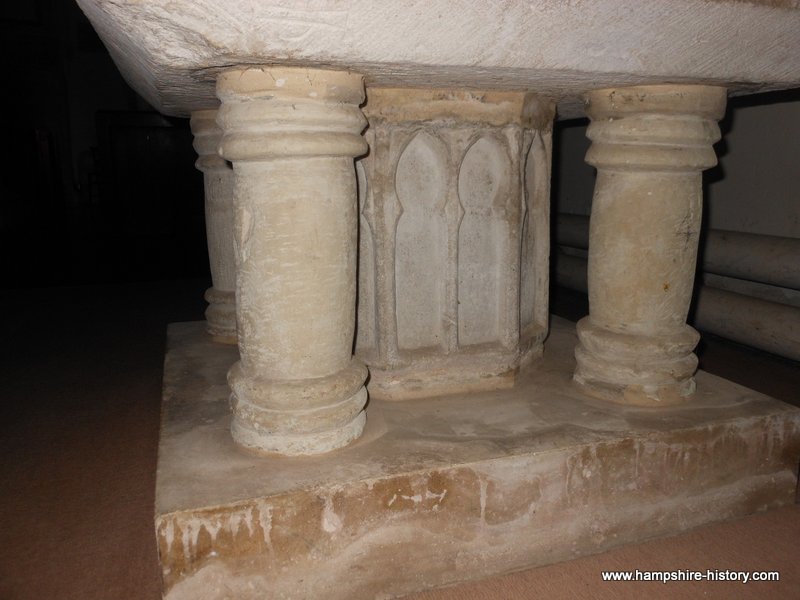 So who was Martha Hunt?

Martha Hunt was the wife of Robert Hunt, who became Lord of the Manor in 1590. They were resident in the old house, Hall Place and her gift of the font cover to the church is interesting because few artefacts were gifted to the church by women at this time. Times however, were changing. Queen Elizabeth I died in 1603 and the new king, King James I was a complex man. His religious policy consisted of asserting the supreme authority and divine right of the crown. In equal measure he suppressed both Puritans and Catholics who objected to his stance. The year that Martha gave the font cover was the year that Guy Fawkes’ attempted to blow up Parliament and in doing so produced an anti-Catholic reaction, which gave James a temporary popularity which soon dissipated.

The cover to the Bentworth baptismal font was gifted in 1605 and one wonders what Martha knew of events elsewhere. She and her husband were well connected, so would have known a deal about the Gunpowder Plot and maybe heard of the performances of William Shakespeare’s plays Macbeth and King Lear, be it in London or maybe even performed in Hampshire. By her simple act of giving though, what we do know is that for over four hundred years, people have gathered around the baptismal font at St Mary’s Church Bentworth and wondered who is Martha Hunt?