All Saints Church East Meon, where the Meon River rises

The village of East Meon has been a significant settlement since the earliest Anglo Saxon period when lands were granted to the Saxon church here, nothing of this early church remains but it was possibly built as part of the evangelizing mission of St Wilfrid as he progressed up the Meon Valley in the C7th. You can find out more about Saxon East Meon here. The striking and imposing All Saints church was built by the Bishops of Winchester, extended and decorated over a period of possibly 80 years from 1070 – 1150. 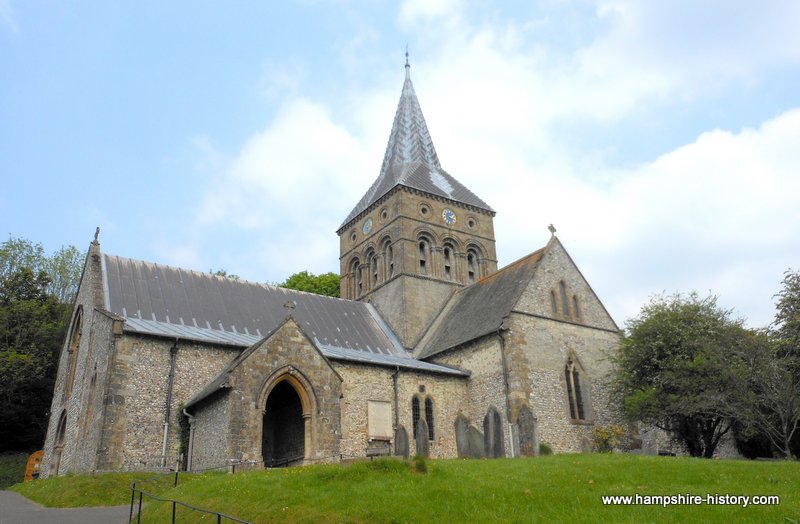 It is positioned above the valley floor with the rise of Park Hill rearing up behind it. Remove the spire and the additional south aisle and lady chapel and you are left with a large cross shaped Norman church. The tower has striking Norman decorative features with its round topped arches and circular ornaments. 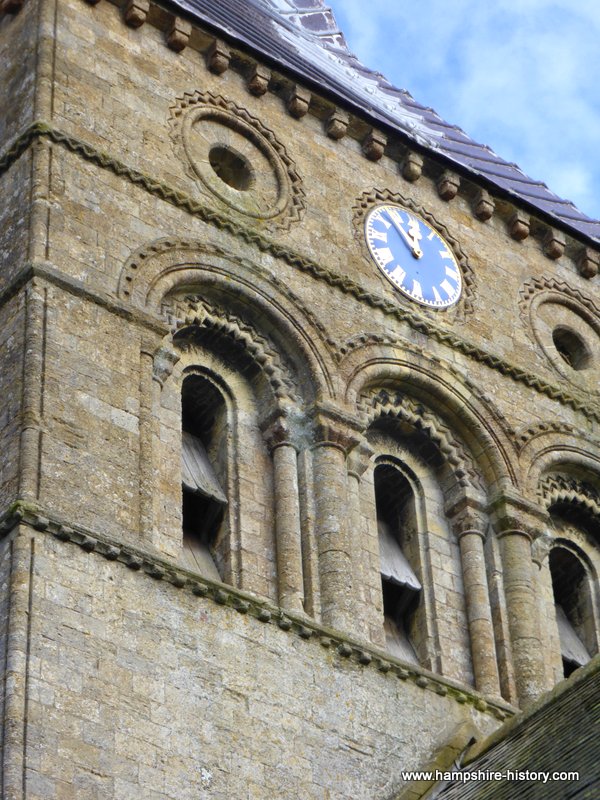 Inside there are plenty of treasures to examine. It is the home to one of Hampshire’s black Tournai marble fonts, thought to be a gift from Bishop Henry de Blois. 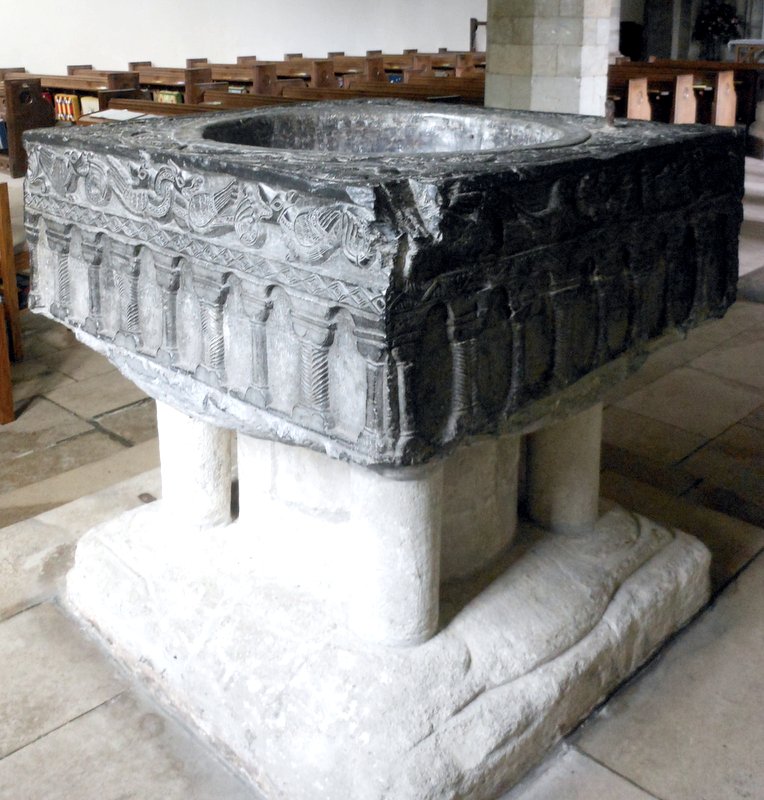 A gift from Henry de Blois? The Tournai Font. 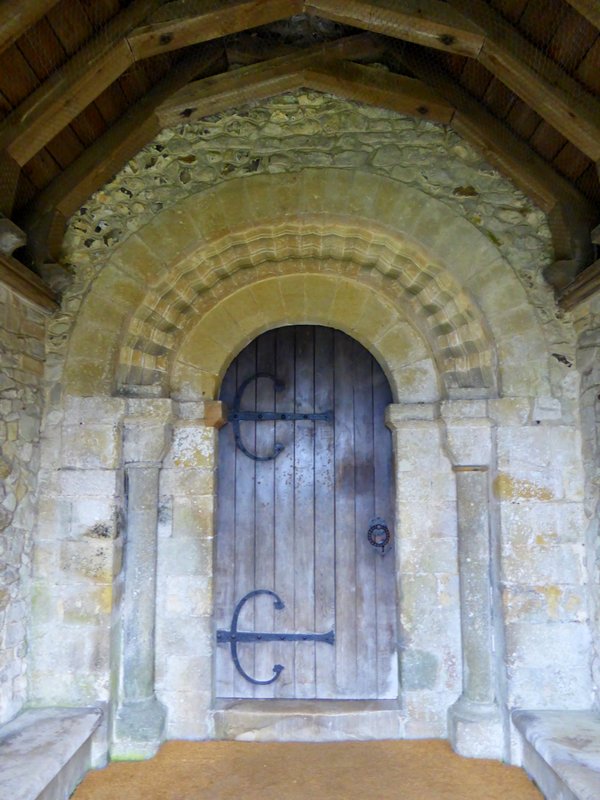 The rare arms of King James I, the odd little tablet Amens Plenty and the modern embroidery of the village which is a very beautiful object and hints at the fact that East Meon village was the first listed in William the Conquerors Domesday Book. You can link to other posts about All Saints East Meon and the village by clicking on any of the highlighted words. The village has a guide to the historic buildings in East Meon which can be bought from the village shop. 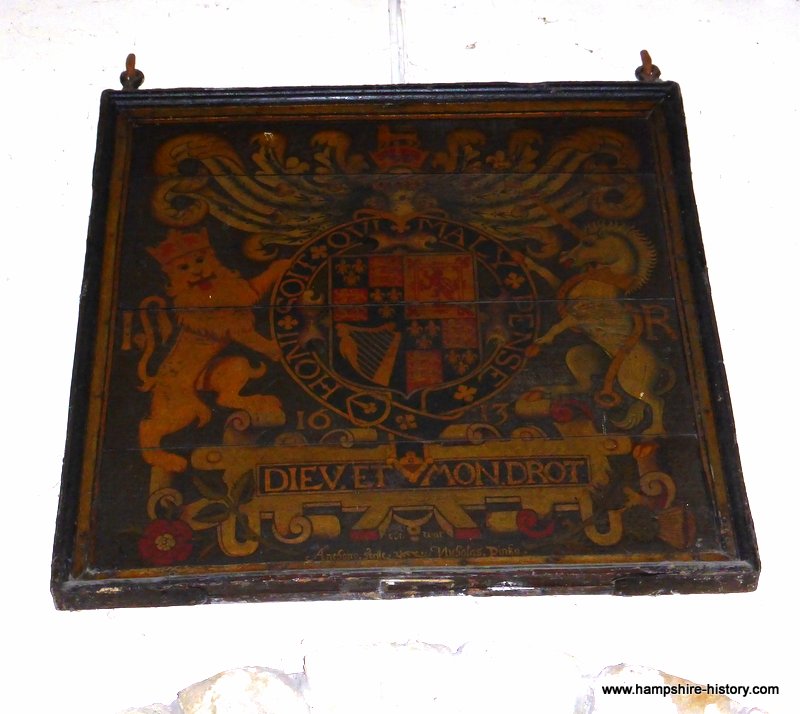 Arms of King James I