Many people come to the pretty village of East Meon to visit its magnificent Norman church and to gaze upon its black Tournai font, situated to the left hand side just as you enter the church’s south door. 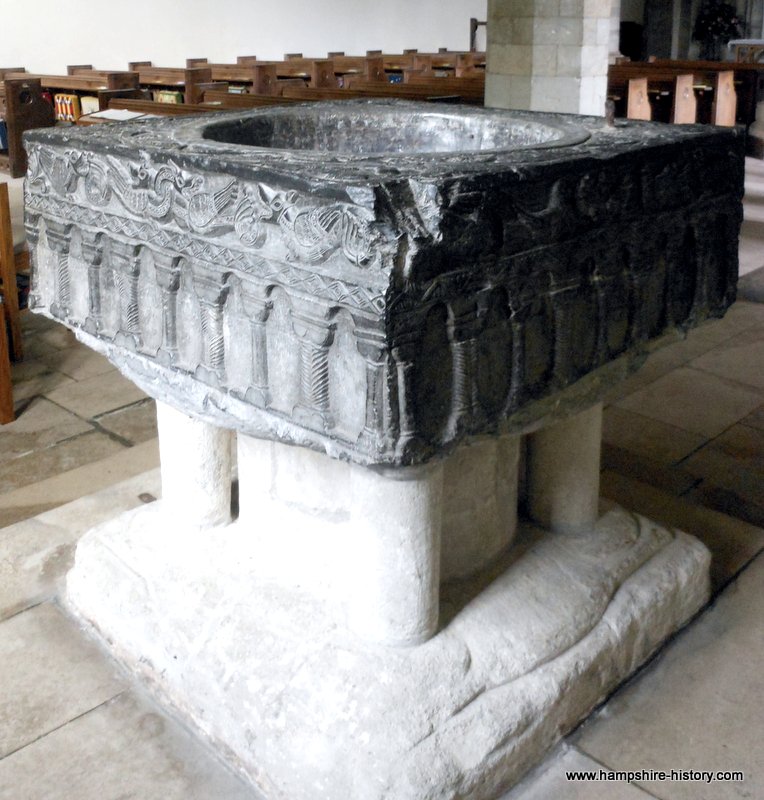 It is thought that the font was a gift from Bishop Henry de Blois, who had an eye for art and architecture and who set about the beautifying of several of Hampshire’s churches. He was Lord of the Manor and therefore may have had a particular interest in the church building.

The symbols and the story

Each of the Tournai fonts depicts a story, either through graphic imagery or symbols and the East Meon font does both. On two sides the story of Adam and Eve is played out with serpents and apples and fig leaves neatly in place. The other two sides are replete with Norman symbolism, looking quite Viking, the Normans were of Viking descent, with their dragon head symbols. 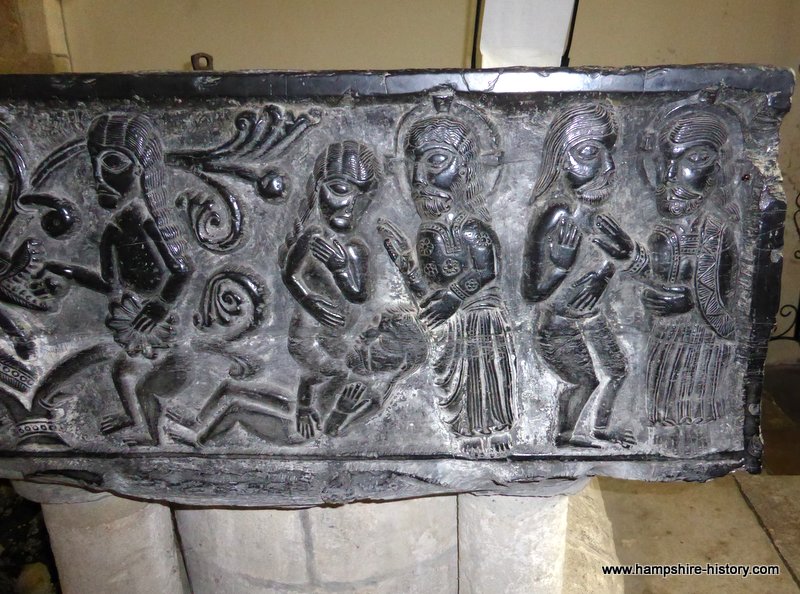 The story of Adam and Eve. The serpent offers Eve the forbidden fruit. Note the fig leaf.

The font and  the English Civil War

The lead lining was replaced in the late C17th after Parliamentary troops removed the original to make musket balls before marching over the hills to face the Royalists at Cheriton.

Take a wander past other Hampshire fonts

Baptismal fonts are quite often the oldest artefact in a church and the one that connects the local people with its church. Take a look at a growing collection of Hampshire’s baptismal fonts from the Anglo Saxon to the modern. There are four Tournai fonts in Hampshire to visit. 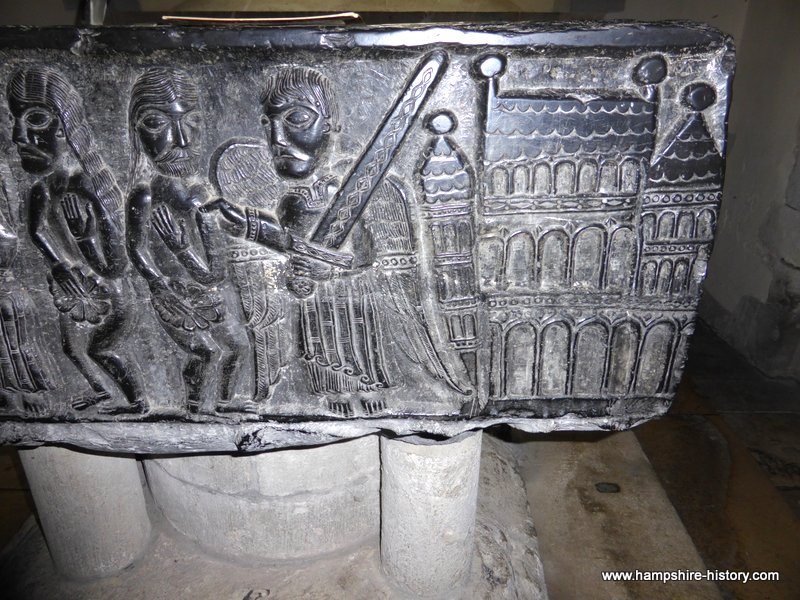 The gate of Paradise shown as a palace, possibly symbolising the greater church and the armed angel barring the way.