Wherwell Abbey has an important part to play in Hampshire history 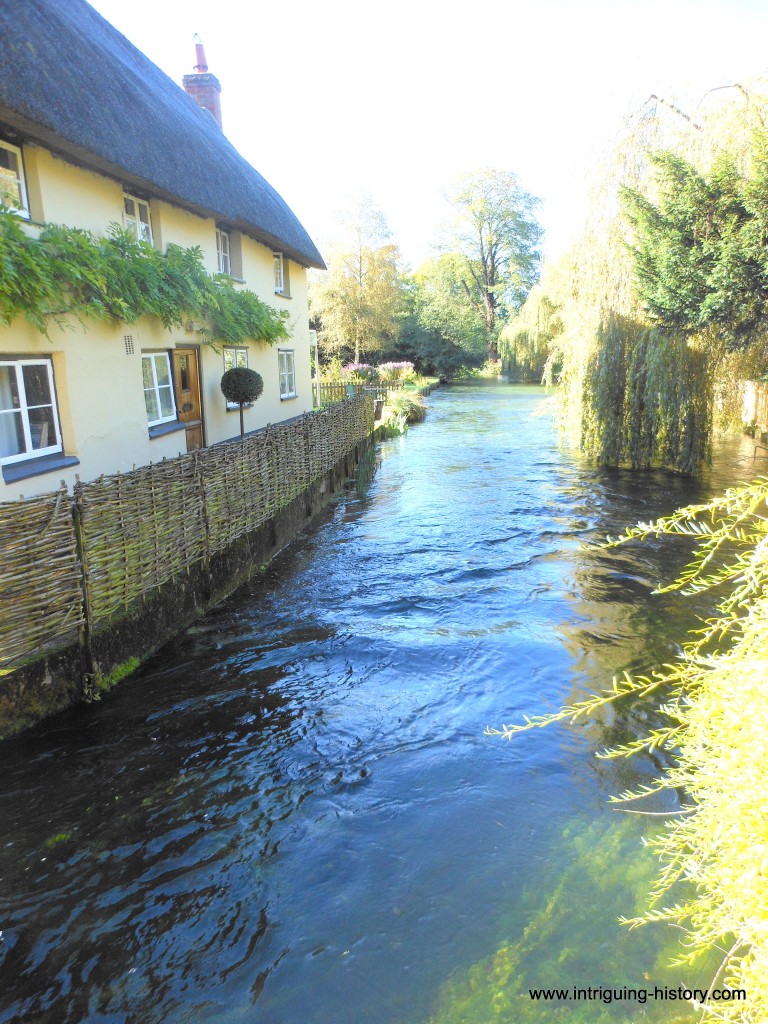 The village sits on the bank of the River Test, which cuts through the landscape at quite a dramatic speed and hints at the purpose of settlement at this site.

The settlement existed here before Doomsday, its resources of fresh water full of fish and richly abundant woodland must have made it a very bountiful place to settle. The first mention of it in written word was in the will of King Edred in 955 AD, in which he bequeathed Wherwell to Hyde Abbey, resting place of King Alfred.

Wherwell may simply have continued as one of many settlements along the Test had it not been for the foundation of an abbey that was to have significant importance in the history of England. 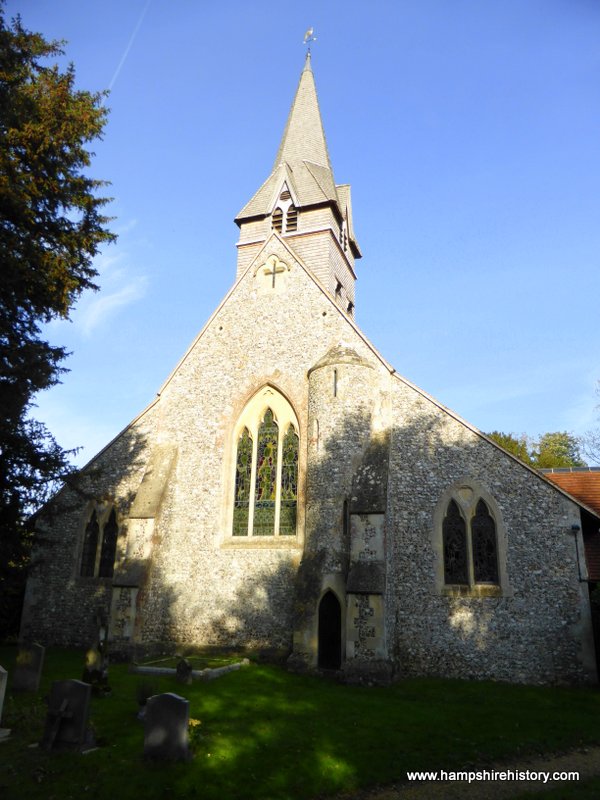 The Abbey of Benedictine nuns was established in 986 AD as an act of penitence by Queen Elfrida.

Queen Elfrida was the daughter of Ordgar, the Duke of Devonshire, and a woman of great beauty. She was married to a nobleman called Aethelwold, who had taken her as his wife, having been sent by King Edgar to search out this beauty and secure her as his wife. Aethelwold instead married her himself and lied to the king about her beauty. When Edgar eventually met her he was captivated and angry that he had been duped by his friend and killed Aethelwold in woods, known as Harewood Forest in the village of Longparish, close by Wherwell.

King Edgar then married Elfrida and together they had a son Ethelred. Queen Elfrida was desperate for her own son to succeed to the throne and when Edgar died, she had Edgar’s eldest son, King Edward the Martyr murdered in Corfe Castle at the age of just sixteen years old. Ethelred took the crown aged just ten years old and acquired the name King Ethelred the Unready, meaning poorly or badly advised.
It is recorded that the boy was devastated by his brother’s death, his mother beat him about the body with candles, so that he feared candles for the rest of his life but he showed great strength when faced with the wrath of his mother.

When he came of age, he forced his mother to ‘retire’ from political life

Elfrida saw a way forward though, a chance to still exert influence, yet at the same time, to show penance for her part in the murder of her stepson. Reading of the nature of the woman though suggests that the founding of the Abbey had more to do with clinging to power than repentance.

Queen Elfrida became its first Abbess and had the parish church of the Holy Cross built next to the Abbey. She drowned, falling into the river, that still flows at pace through the village, leaving Wherwell Abbey to continue to flourish, acquiring properties and lands as far afield as Winchester.
King Ethelred continued to endow the church and its strength and importance grew, handing out fines and collecting dues. It was a place of sanctuary and escape for women from noble classes, including two further queens, Queen Emma, wife of Canute and Queen Eadygth, wife of Edward the Confessor.

It was burnt down in 1141 AD by King Stephen when the Abbess gave sanctuary to Empress Matilda’s men. It was rebuilt and King John gave the Abbey the right to hold a annual sheep fair and so its ability to make more money for itself continued.

Perhaps the most important Abbess was a woman called Euphemia, who, grew the Abbey as a place to care for the sick and needy by altering the very structure of the Abbey, to allow for more clean and wholesome conditions. She built places of peace and prayer, gardens and vineyards.

The effigy in the church is thought to be of the Abbess Euphemia. 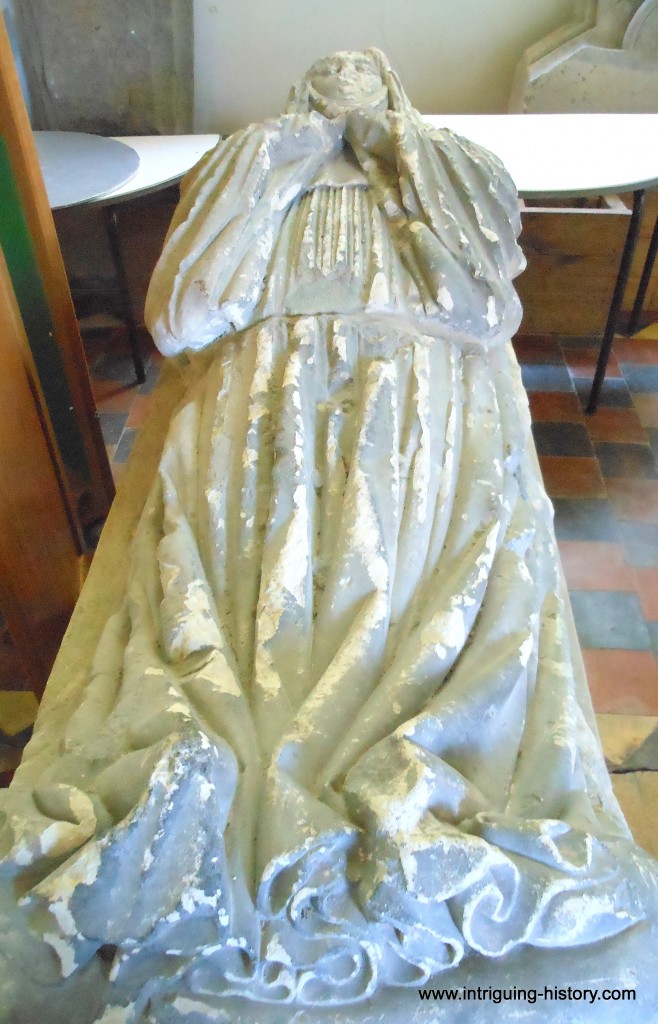 The fortunes of the Abbey waxed and waned, where one Abbess was virtuous, another was corrupt and the behaviour of one in particular, during the time of Bishop Wykehams bishopric, caused any number of scandals, relating to money and sexual favours.

Wherwell Abbey suffered in much the same way as the rest of Hampshire when it was ravaged by the black death and it never was able to regain its former glory days. The Dissolution brought its existence to an end and in 1540 the Abbey lands were transferred and sold, all its religious buildings were to be destroyed. 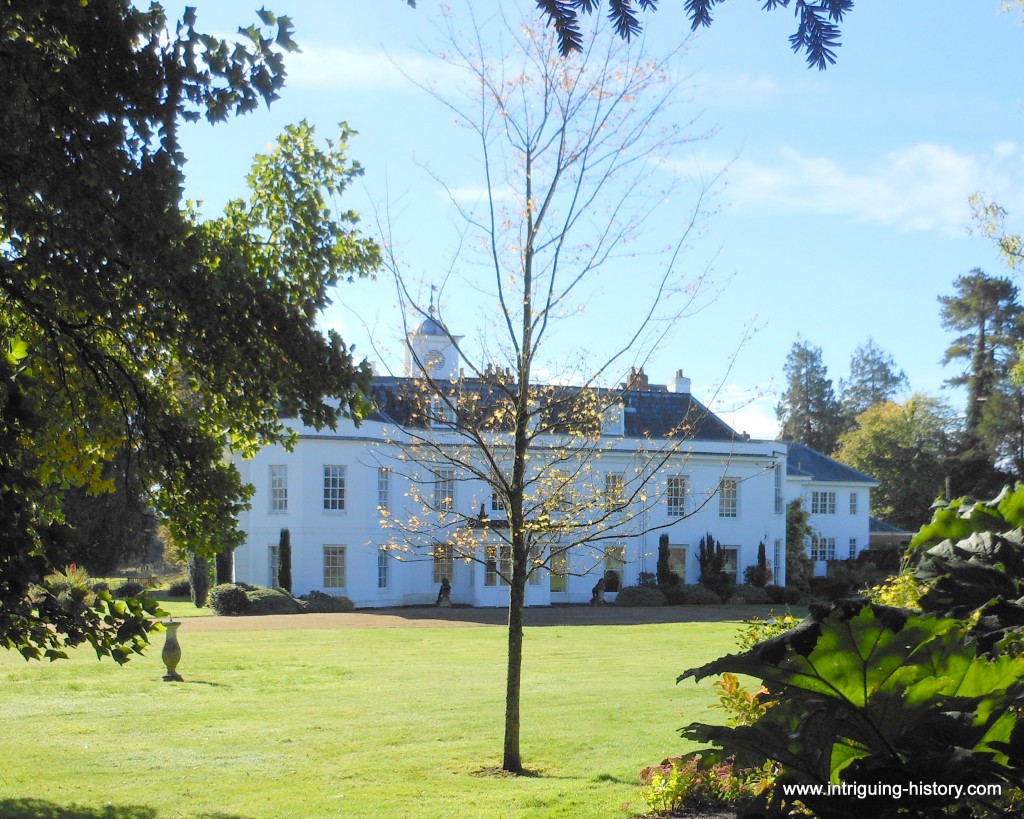 Little remains of the Abbey, save a few pieces of stonework, kept in the church. Wherwell Priory, built and extended in the C16th, C17th and C18th stands to the side of where the Abbey would have been, possibly on the site of the buildings erected during Euphemias time as Abbess.

What remains are swathes of snowdrops, possibly used by the nuns as part of their medicinal cupboard and now left to multiply and delight the eye.