William of Wykeham was born a Hampshire man and became one of England’s most influential people in the 14th century.

His was a humble beginning, born in the market town of Wickham sometime in the Summer of 1324.

He probably only became known as William de Wykeham when he actually left his home town of Wickham. His father John, also took the name of Long. The family were not a noble family but must have been a respected one for their son to have been lifted out of obscurity and placed in the school of the Winchester Cathedral Priory. 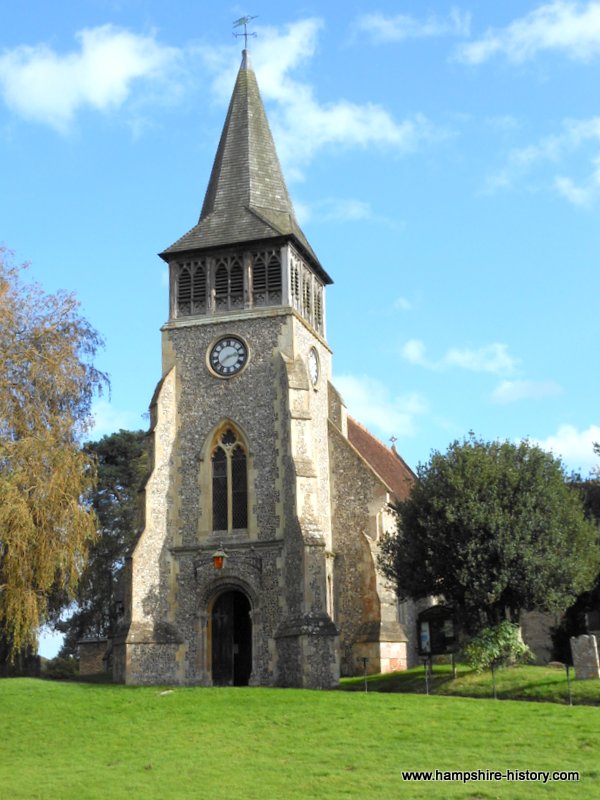 Who then recognized in William de Wykeham the man he would become?

The clue might lie in who he worked for when he completed his education at Winchester. It is thought he became secretary to Nicholas Uvedale, Lord of the Manor of Wickham and Constable of Winchester Castle. Might this man be responsible for elevating William from Wickham to Winchester?

Wykeham on the rise

Wykeham was given a position in the King’s service. The earliest record is of him holding a position as Clerk of all the King’s Works in his Manors of Henley and Easthampstead He he was made Surveyor of the King’s Works at the Castle and in the Park of Windsor. He had no further education, he did not attend university and yet he seemed to have an innate understanding of architecture and of business. 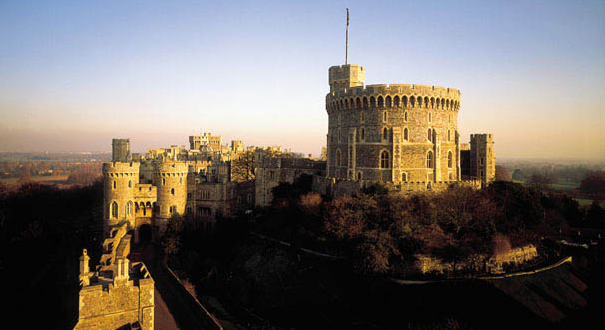 Wykeham was still in his early twenties when it is recorded that he advised King Edward III of his remodeling of Windsor Castle in 1357. An inner gatehouse with cylindrical towers was built along with royal apartments with separate rooms for the King and Queen arranged around a series of internal courts. The King’s aim was to create one large palace containing both the State Apartments and the monarchs own private apartments, in a single unified residence. William was the sole supervisor of the project. It cost the King a small fortune which bears out the esteem the King must have held Wykeham.

The King recognized the solid virtues of Wykeham and began to reward him with both position and money.now began to reward Wykeham bountifully. In 1361 that he was admitted to the Order of Acolyte, ordained Sub-Deacon, on 12th March 1362 and he bacame a priest on 12th June 1363.  Ecclesiastical preferments to the Rectory of Pulham in Norfolk in 1357 and then to the prebend of Flixton in the diocese of Lichfield.

The next few years saw a meteoric rise for William

His rise was quite extraordinary and it is interesting to think about how others viewed his position, especially when he was made Lord Keeper of the Privy Seal and then Secretary to the King himself. He was involved with church and politics at the highest level.

This was said by a Councillor at the time;

The death of Bishop Edington in 1366

The King wasted no time in proposing William of Wykeham for the position. The year was 1367 and William was just 42 years old when he became Bishop of Winchester. The King had already made him Lord High Chancellor of England. There were murmerings of discontent about the power of churchmen in decisions of government but Bishop Wykeham manged to steer a steady path between the two, maintaining the respect of all.

William was ever the architect, quite literally

He set himself the task of repairing the twelve palaces belonging to the Diocese of Winchester, spending much of his own revenue in doing so. He did not just rebuild the fabric of the diocese though, he set about restoring the way the monasteries and religious houses were being run. He turned his attention in particular to the ancient Hospital of St Cross, restoring rights and benefits which had been falsely removed from them. 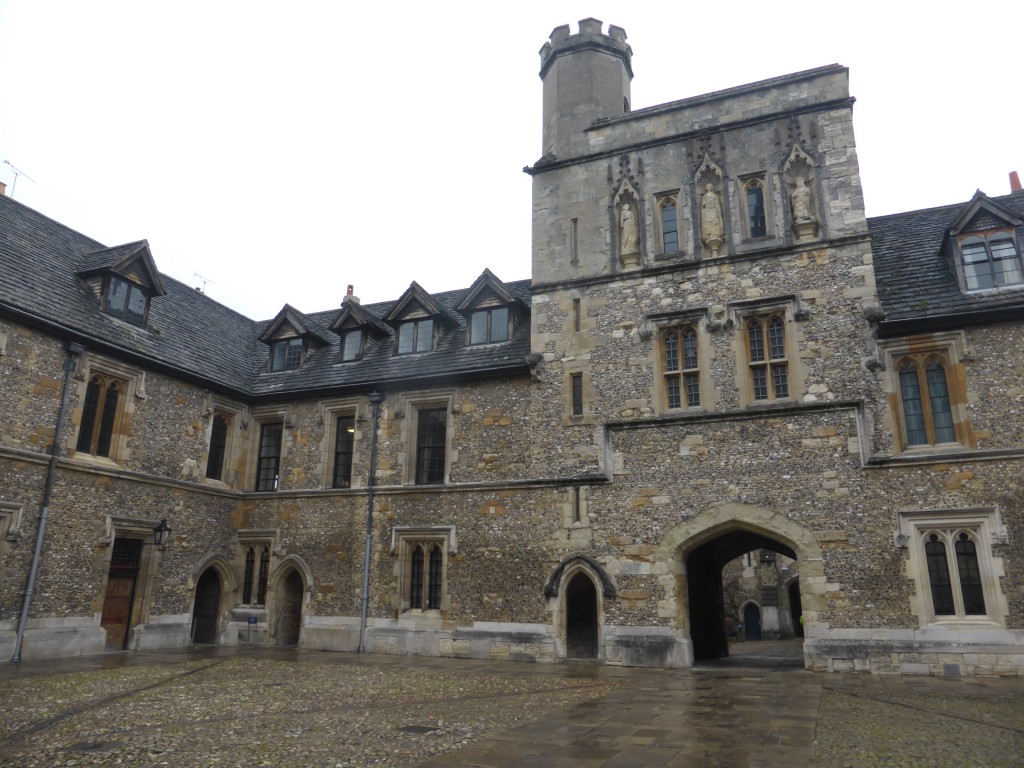 The founding of Winchester College

Wykeham was never totally comfortable with his worldly goods, he gave great thought to founding an institution that would serve itself without falling foul of abuse by others. The establishment of a college seemed the perfect solution. The Winchester College would be a preparatory school for a College at Oxford, which he was also founding, he would call this college, St Mary College of Winchester in Oxford.  The two foundations would teach students in theology, science and the arts.

In 1373, a school at Winchester was first opened, founded wholly by the munificence of the high-minded Bishop of Winchester, William of Wykeham. It remains today the oldest scholarly foundation in the country.

The students should, like him, come from poor backgrounds and be tutored at his expense. His was a liberal and generous act, coupled with an innate understanding of what was required to improve the situation in church and ultimately government.

William then turned his attention to Winchester Cathedral

He was determined to rebuild the nave of the cathedral and set about a ten year plan begun in 1395. 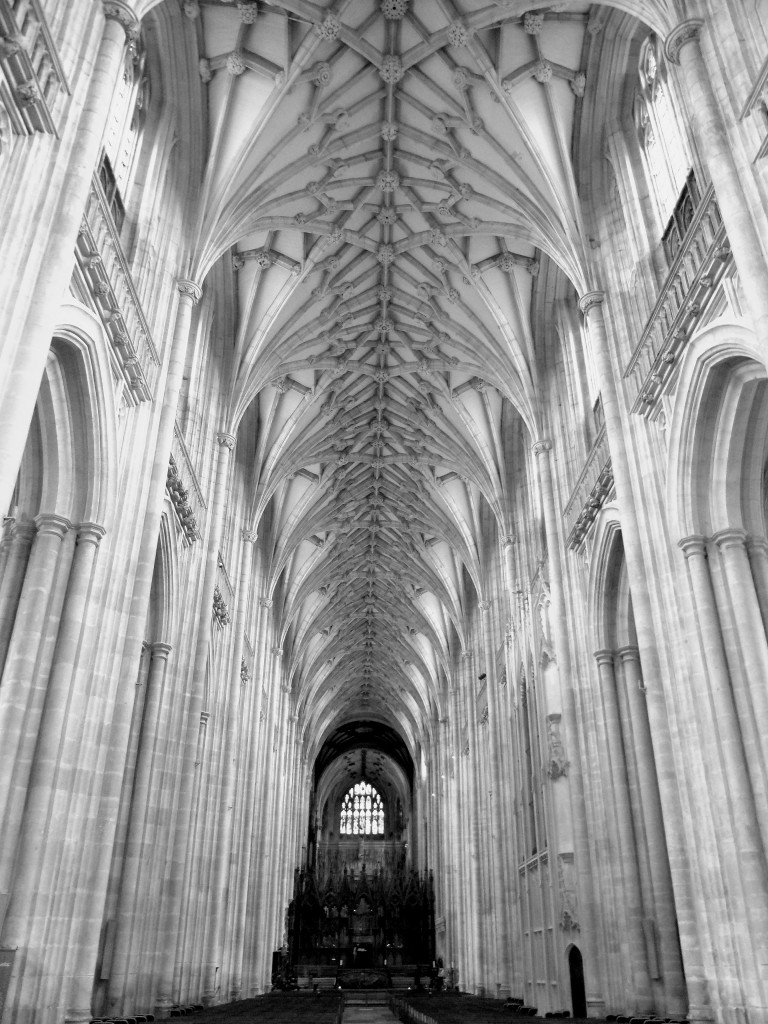 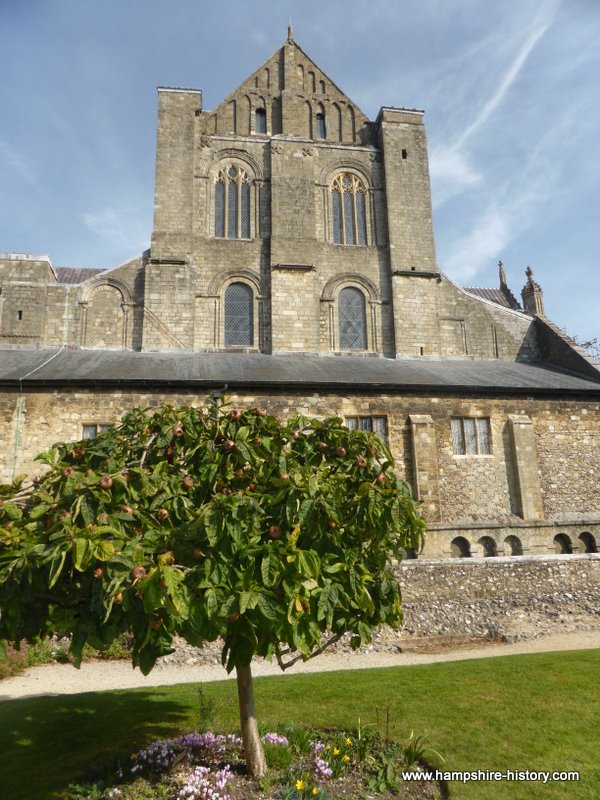 The Bishop of Winchester was one of the fourteen persons appointed in 1386, on the petition of the Parliament instigated by the King’s uncle, the Duke of Gloucester, to be a council to the King for one year and to exercise all the powers of Government. The King retaliated and the council was declared null and void and all of those involved guilty of treason.

Upon this, the Duke of Gloucester and his friends raised an army of forty thousand men. This enormous force set camp close to London and from here they sent a deputation, including the Bishop of Winchester to the King with their proposals and returned with the King’s answers. Neither side would yield and the battles continued. To find out more about this period of history, click here.

Bishop Wykeham of Winchester, was  requested again by the King to accept the Great Seal. Wykeham remained Chancellor till the 27th September 1391, when he retired from office. In 1397, when the Duke of Gloucester was put to death and others found guilty of treason,the Bishop of Winchester and others were declared by the King from the throne in Parliament, not to have been implicated in what their fellow-commissioners had done. 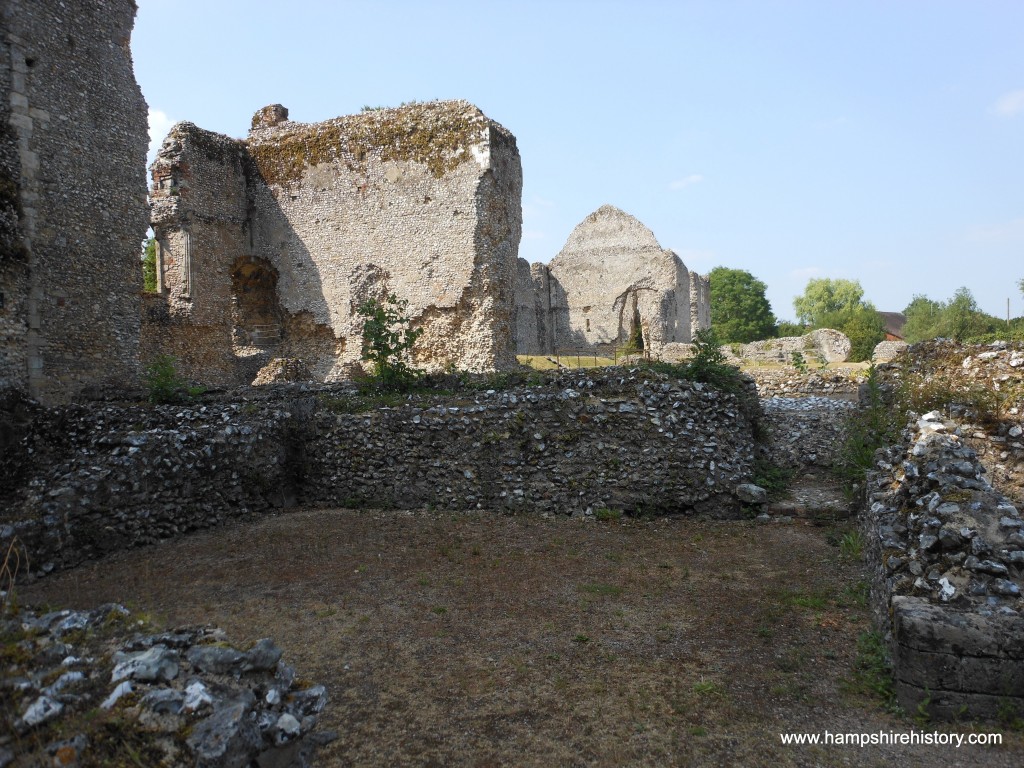 The death of William of Wykeham

William died at his Episcopal Palace of Bishop’s Waltham, not far from Wickham where he was born, at about eight o’clock on the morning of Saturday 27th September 1404 at the grand old age of 80 years. He was buried in Winchester Cathedral, in a wonderful Chantry Chapel he had prepared some years before. 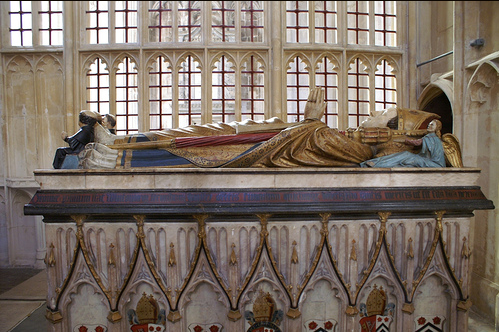