The magnificent Tournai black marble font has been used to baptize its congregation since about 1150 AD. Its square shape lends its sides to tell the story of St Nicholas. He is easily recognized in his bishop’s mitre and crozier and in a cartoon like way is shown going about his kindly acts. 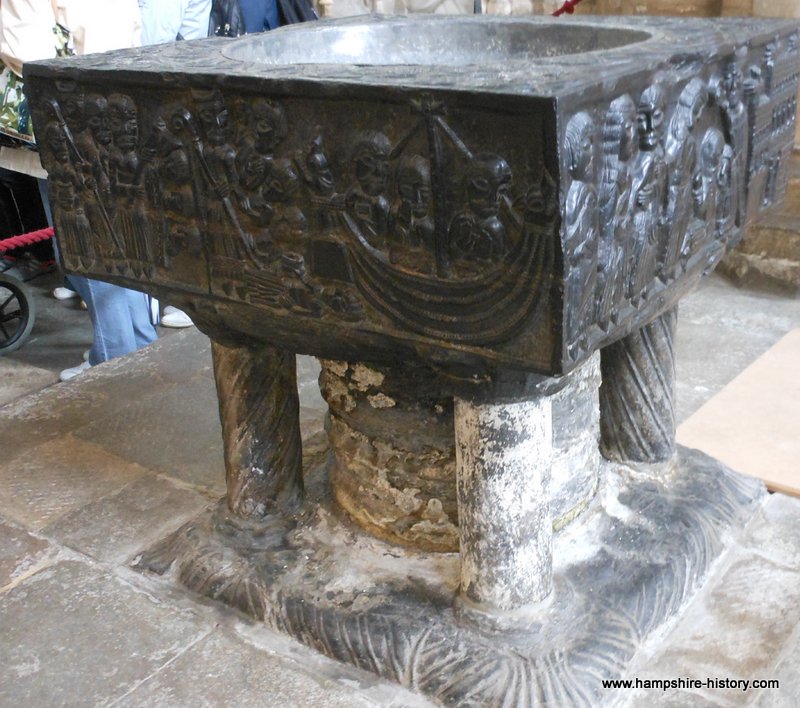 St Nicholas and the Dowry

One part of the carving tells the tale of a poor nobleman who comes kneeling before St Nicholas. He has led a life of shame because he cannot afford to give his three daughters a dowry. 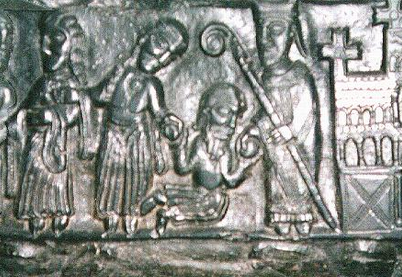 St. Nicholas takes pity on the man giving him a purse of gold coins. The nobleman passes it onto his daughter whilst the young man she hopes to marry stands to the side. It is difficult to imagine the impact of such imagery in a time when there were few images created. The font would have been rather like a picture book for those gazing upon it. 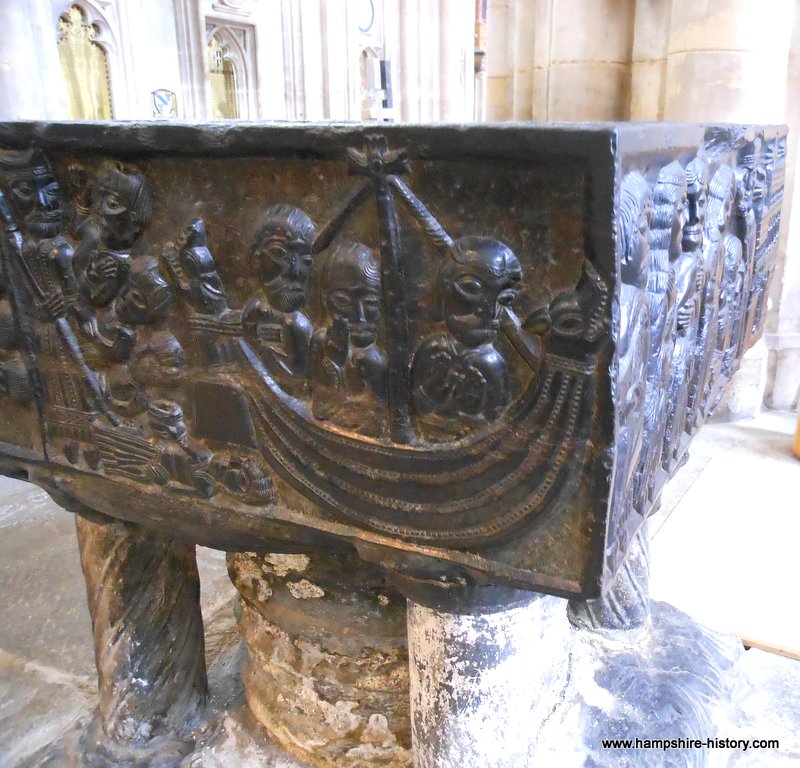 At sea with St Nicholas

A wonderful boat filled with travelers rears up on the other side, with St Nicholas saving lives at sea. The depiction of the boat is thought to be the earliest showing a boat with high prow and fixed stern rudder.

Find out more about the beautiful and interesting fonts of Hampshire

Fonts are quite often the oldest artefact in a church and one that connects most closely with its congregation. Explore Hampshire fonts as we add to the collection of images and descriptions of the hundreds of baptismal fonts in Hampshire, from the Anglo Saxon to the modern.

Find out about the other Tournai fonts in Hampshire, at East Meon, St Mary Bourne and Southampton