The Tudor House is one of the oldest and most spendid, buildings in Southampton built in approximately 1495 when King Henry VII was on the thrown and was commissioning the world’s first dry dock in nearby Portsmouth. The site originally belonged to John Whytegod, a wealthy merchant and property owner, who, as well as owning part of the building known as King John’s Palace also owned other properties in the area. The lane that runs up alongside the building for delivering goods from the quayside up to St Michael’s Square is now called Blue Anchor Lane but was known in the C15th as Whytegod Lane. 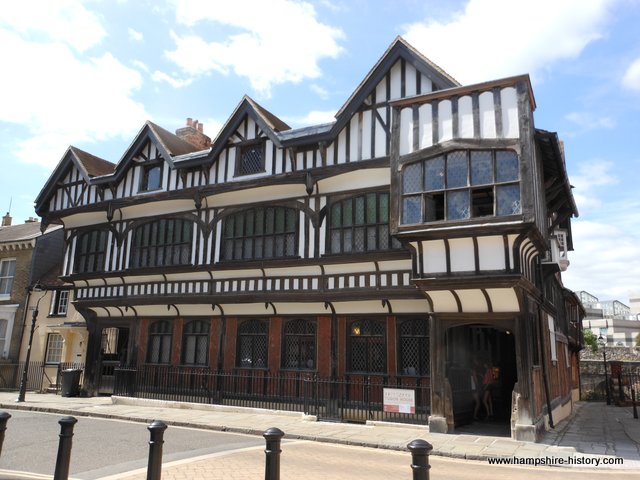 The Dawtry Family and King Henry VIII and what is the connection with the Mary Rose?

The house was originally much smaller and one of three buildings that stood on the site before they were amalgamated into one large dwelling. It was one of a number of substantial and important merchants houses in this part of Southampton, owned by influential people of their day including the Dawtrey family. A merchant called Walter William and his wife Jane had inherited the house from his father. He was an importer of amongst other things, salt, wine, leather, fish and woad and an exporter of wool and cloth. When Walter died, Jane married another merchant, John Dawtrey.
Dawtrey was a merchant and customs official whose family came originally from Petworth in West Sussex, who became an important man in the court of King Henry VII becoming overseer of the Port of Southampton and collector of the King’s customs.went through a number of owners. It was John Dawtrey who joined the three buildings on the original site together to make one large house and became Overseer of the Port of Southampton and Collector of the Kings Customs. John Dawtrey continued his royal connections, working for King Henry VIII and his Navy. He oversaw the building of the Mary Rose.

Following the death of his first wife, Dawtrey married Isabel and when he died she continued to trade from the house, interestingly her merchandise was millstones! In 1528 Sir Richard Lyster, a very important man in Tudor England, a judge and Lord Chief Justice of England, married the astute Isabel, joining their two wealthy households. 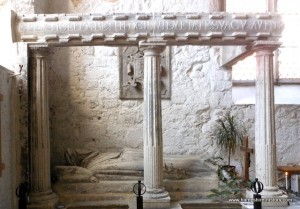 If only the walls had ears because Richard Lyster was King Henry VIII’s divorce lawyer….

The house continued to be used to buy and sell mercantile goods right through the C19th until 1912 when its historic value was realised and it became a museum. The history encompassed in this one building of Tudor trade and power, makes it one of Hampshire’s most fascinating historic sites and well worth visiting.
Posted in Names, Southampton, Tudor 1485 - 1603 Period, Family Names, Interesting Buildings, Museums