Blue Anchor Lane slides its way down a steep incline alongside the Tudor House towards the quayside, that in Medieval times, would have been just outside the city walls. The carters would have piled onto their carts all manner of imported goods and worked hard against the gradient to deliver them to the market place in front of St Michaels church. 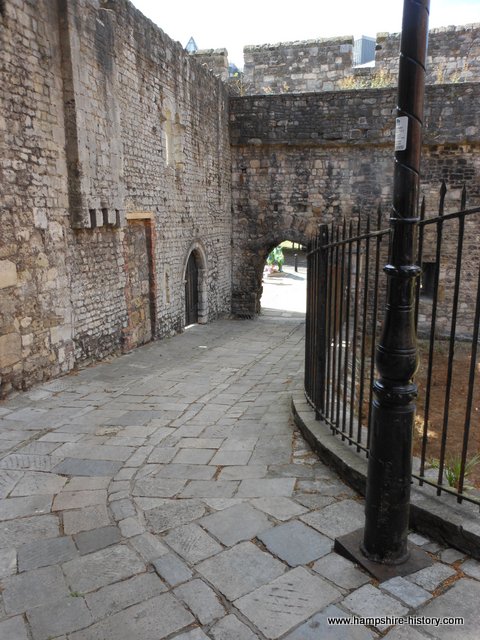 Blue Anchor Lane looking down towards the Quayside

The scene seems so little changed. The Tudor merchants house on one side is still there and the old houses on the other replaced with new housing. The town walls remain, though the view through the arch has totally changed but just for a moment, when you stand there, you can imagine Blue Anchor Lane as it was 500 years ago. The rumble of carts, of wood, metal and stone colliding as the massive loads were lifted from the boats. The sound of calling and arguments as hundreds of men and women worked along the quayside and the sound of water slapping against the sides of ships and quay. Blue Anchor Lane invokes it all. 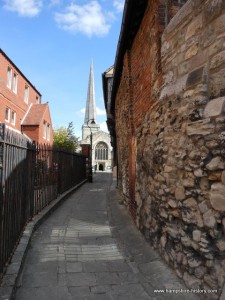 It wasn’t always called Blue Anchor Lane, back in the 1330’s the lane was called Wytegod’s Lane. John Wytegod was a merchant who owned part of the building known as King John’s Palace as well as other properties in the area.

Blue Anchor Lane seems to be a very important relic of Southampton’s past, a reminder of a time when it was the most important port in England.