The Port of Portsmouth Hampshire

Portsmouth and it’s port have been the site of transient settlement for at least a thousand years. The fortunes of the settlement seem to have waxed and waned, depending on the invasion threat level.

The population of Portsmouth has always been historically small and nucleated, kept within the confines of the port defenses.

In the Domesday Book there is no mention of Portsmouth itself but areas that would become part of what we now know as Portsmouth were included. At this time it is estimated the Portsmouth area had a population not greater than two or three hundred. While in Portsea there was a small church prior to 1166, Portsmouth’s first real church came into being in 1181 when a chapel dedicated to Thomas Becket was built by Augustinian monks and run by the monks of Southwick Priory.

So why was the area of Portsmouth considered to be a suitable place to establish a port? What virtues and constraints did it offer? 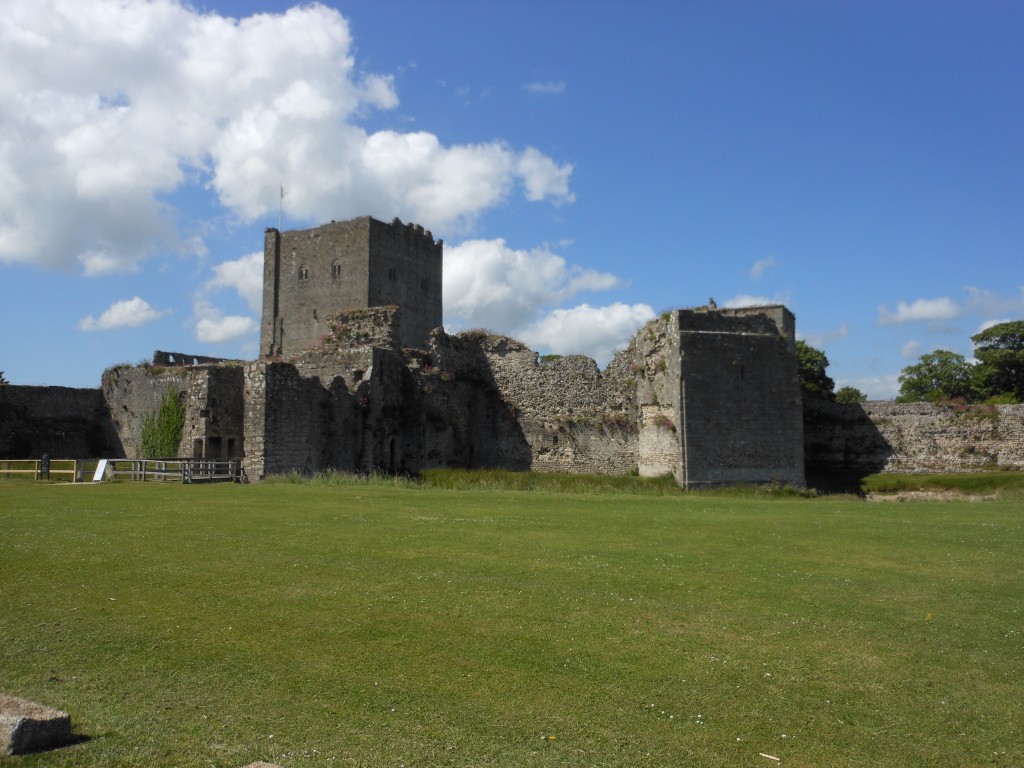 When the Romans left, Porchester continued to be important to the defence of Hampshire. In 897AD, Alfred the Great needed to mount some sort of defence against the Danes and built a large navy, which he gathered in the Solent to defeat the Danes.

So whilst Porchester continued to be a functional settlement, what was happening on Portsea Island?

The opportunity to develop the island, was seized by a Norman knight, Jean de Gisors. 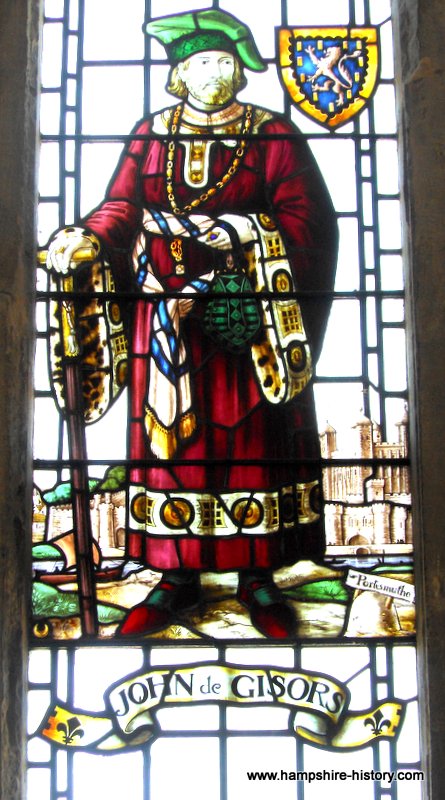 He was a landowner and entrepeuner who saw the possibility for a trading settlement. He bought the Buckland settlement and estate from the de Port family,an important and influential Hampshire family.
What is interesting, is that, as a newly built settlement with a key purpose, de Gisors laid out the town on a grid system, which would enable him to plan and strategically place the buildings.

The French were never far from Portsmouth however and attack after attack left the new settlement in ashes time and time again. The Channel would become the theatre of a long struggle between the two nations.
Some sort of command of the channel would become necessary to allow England’s armies to be moved safely back and forth.

On 2 May 1194, Portsmouth received it’s first royal charter, possibly from Richard I, who was in the harbour at the time. Richard I rated Portsmouth as a strategically important place and had gathered with a fleet of more than one hundred ships and thousands of men, waiting for the weather to improve sufficiently to cross the Channel to Normandy.

The problem with Portsmouth

Portsmouth though, still had a fundamental problem. It was distant from the seat of government in London and means of communication between the two were poor. The main road between London and Portsmouth was very dangerous, alive with robbers and worse, heavy clays creating quagmires in wet conditions and two ridges to cross. The Thames ports were far easier to do business with. 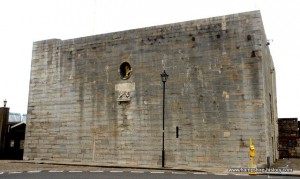 Many of the soldiery that joined during Henry’s and his father’s reign, were from Portsmouth and for the first time there was a substantial growth in it’s population.

In the centuries that followed, timber reserves were depleted and the importance of Portsmouth rose and fell depending on England’s state of war with the Spanish and the French but the Royal Navy had picked Portsmouth as it’s home and that sealed it’s position to the present day, as dockyard to the Royal Navy.