Southsea Castle and The Battle of the Solent

The troubled King Henry VIII stood on the ramparts of Southsea Castle to review his fleet including the Great Harry and the Mary Rose but what prompted the King to build a castle on the marshy land at Southsea in the first place?

It is perhaps thanks to King Henry VIII that Southsea came by its name. During the troubled years of his reign in the 1530’s and 1540’s, when Britain reeled from the Monarchs increasingly brutal autonomy and the Reformation, the French threatened to invade.

Portsmouth became the focus of military attention and Henry decided that in order to protect the entrance to Portsmouth harbour that there should be a ‘South’ sea castle. In 1538 King Henry took charge of the southern coastal defences and decided to strengthen the southern coastal fortifications against the threat from a combined French and Spanish invasion. 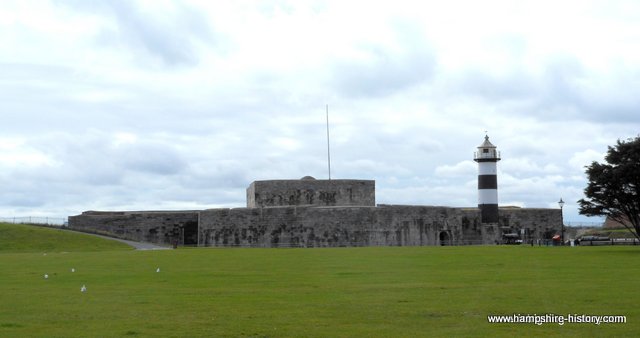 King Henry understood the science and engineering of fortifications and had studied many continental designs. In Italy a new style of fortification was being built. Gone were the rounded towers and walls and instead, straight walls with sharply angled bastions.

Henry could see the sense of having short walls, offering a minimum target to ship’s cannon and decided that Southsea Castle would be built in this manner. 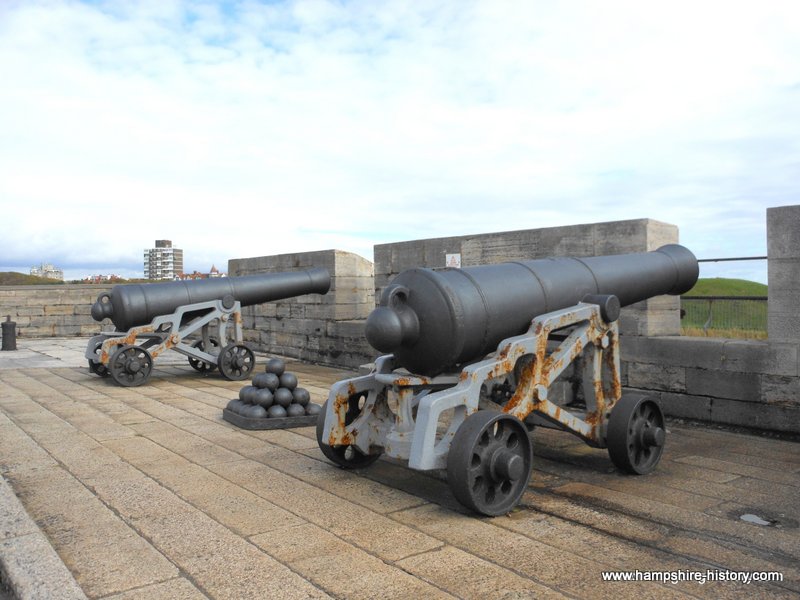 So who was in charge of the build?

The build needed to be a speedy affair and the man tasked with ensuring a swift build, was Anthony Knyvet. He had apparently entered the Royal Household early in King Henry’s reign and was to have a long and successful career there. With his brothers, he was one of Lord Howard’s lieutenants for the naval campaign of 1512-13, and shared the grant of property at Tournai in 1515.

In the following year he was receiving an annuity of £20 p.a. and was clearly becoming one of the King’s intimates, being skilled in courtly pursuits. He was one of a group of emissaries sent to Flanders in 1518 and took part in jousts at the Field of the Cloth of Gold in 1520 and at the revels of 1522.

By 1526,  he was one of the powerful group of Gentlemen of the Privy Chamber and received a number of small grants, including some valuable lands in Essex and the office of Black Rod at Windsor, though these were not enough to save him from falling into serious debt by 1536.

In 1541 he was knighted and soon after was made Lieutenant of the Tower, he by necessity had to oversee the torture of prisoners but interestingly appears in Foxe’s account of the torture of Anne Askew when he refused to stretch her any further upon the rack.

He was sent to Portsmouth in 1544 to supervise the building of fortifications there and made Governor and it was he who kept the King informed of how the castle was progressing.

How much influence did King Henry have on the Southsea Castle construction?

Henry had demanded that ‘a goodlie and warlyk castill’ be built on the southern tip of land just one mile east of the Portsmouth harbour. All ships intent on attacking the harbour would have to pass close to it, on the way up the channel between the shore and the Isle of Wight.

The land was mainly marshland and the stone was delivered by sea from quarries on the Isle of Wight but the build was constantly under threat of stalling as the King lurched from one financial crisis to the next. The builders were kept waiting for money and food, much like the rest of the hastily gathered army and navy.

King Henry received word in June 1544, that the foundations of the outer defences had been built to a height of six feet and that the main stalwart of the castle, its square keep, was at first floor level. Work continued at a frenzied pace during the hot summer and by October 1544, the castle was ready for action.

Described variously as ‘in fashion strange’ but ‘most marvelously praised’, it may not have seemed that way to the small garrison manning it. It comprised a Chief Captain, John Chaderton and at first the castle was named for him ‘Chaderton Castle’, a Master Gunner, fourteen other gunners, eleven soldiers, a day watcher and two porters.

How terrifying must it have been in Portsmouth during the long hot summer of 1545?

In the hot summer of 1545, great companies of men had marched to Portsmouth, readying for the expected invasion by the French. The English people terrified by what may happen to them if the French managed to land.

Portsmouth became a miserable, disease ridden place. Food for the troops was scarce, money was scarce and the mood grim. So it was when King Henry came to view his castle and review the fleet, his ships at anchor in the harbour including the Great Harry and the Mary Rose.

The naval Battle of the Solent took place on 18 and 19 July 1545, when two hundred French ships containing 30,000 soldiers attempted to invade. The English ships, 80 in number with 12,000 soldiers left Portsmouth on 18th July and engaged the French in a long range battle. On that night, King Henry ate dinner aboard the Great Harry.

The following day, the seas off Portsmouth were becalmed and with slack sails all that could be achieved were skirmishes between the French galleys and the small row boats of the Engish fleet. By evening a wind had picked up and the sailing ships the Mary Rose and the Henry Grace Dieu positioned themselves to lead the attack on the French.

King Henry stood at Southsea Castle to watch the battle unfold but instead watched the terrifying scene of the sinking of the Mary Rose unravel before him. The ship was full with over 400 soldiers and sailors, heavy cannon and stores.  The ship suddenly rolled heavily over to her starboard side and water rushed in through the open gunports. Now totally imbalanced it took little time for the ship to sink taking all but thirty five of her crew with her.

What the King must have thought, as he watched this drama unfold before him can only be surmised.

Southsea Castle perfectly positioned to defend the coast was not called upon at this time but continued to be added to over the next hundreds of years and still stands, watching out over the waters of the Solent.

Cowdray Engraving of the Battle of the Solent