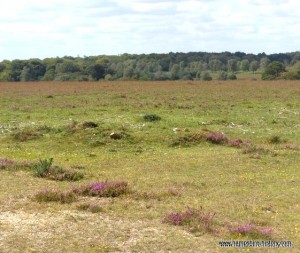 Hunting for pleasure, sport and food was, for hundreds of years, the preserve of Kings and nobility

In 1079, William the Conqueror, “afforested” the area that would become the New Forest, that is, he brought it under Forest Law.

Forest Law was an exacting and demanding condition and in effect, imposed a kingdom within a kingdom, where the few inhabitants were subjected to draconian laws to preserve, increase and protect game of all species. Twenty-one Forests were established by William.

So what did the Forest Law ask of its residents?

The Forest was land subject to special laws, designed to protect deer and other animals of the hunt, that is the King’s hunt because the king reserved the right to hunt for himself, and those he allowed to hunt either by invitation o dispensation. It was his gift to give. The forest in question was not necessarily one filled with trees as we might think of it today. Open areas were essential to the management of the woodland and the animals. In William I’s time, half of the New Forest was open heathland. A semi – natural environment was created that allowed the animals to be managed in a way, that maximized the health and strength of the herds.

The management of the forests, was an exacting legal process and troubled the minds of people such as John Manwood, a barrister of Lincoln’s Inn, gamekeeper of Waltham Forest and Justice in Eyre, the highest magistrates of Forest Law, of the New Forest, under Queen Elizabeth I

In 1598, John Manwood, in his Treatise of the Laws of the Forest, set out what Medieval forest laws, offices and customs had been and defined a forest thus:

“A forest is a certain territory of woody grounds and fruitful pastures, privileged for wild beasts and fowls of the forest, chase, and warren, to rest and abide there in the safe protection of the King for his delight and pleasure…..”

The four beasts of the Forest were red deer, fallow deer, roe and wild pig, together called “the venison”.

William I  justified the severity of his laws by producing a document, called the  Charter of Cnut, declaring that the exclusive rights of the chase were vested in the king. Whether such a charter ever existed is in dispute but whatever the truth, it was used to support the tradition that the Forests were for the pleasure of the king.
An account in the Anglo-Saxon Chronicle recounts that William I….

Forest Law was a Norman institution, imported from the continent. The English saw it as a tyrannical imposition upon their natural rights, it brought unrelenting hardship to those caught up in it. The local population, although probably small in number suffered in a number of ways.

To compensate for the restrictions, the population was granted rights to turn their stock out onto the waste land, a privilege that still holds today in the New Forest but even that was regulated by time of year, so as to give grazing preference to the King’s deer. Other common practices such as cutting peat for fuel were also regulated.

When, in the C17th, surveyors set out to record the state of the Royal hunting grounds, they found;

“time and discontinuance of use have forgotten the names, altered the bounds and lost the lands formerly known, used and enjoyed as belonging unto his Majesty’s Chase of Fillwood”. All the ‘desert forests’ contained “idleness, beggary and atheism . . . wherein infinite poor, yet most idle inhabitants have thrust themselves, living covertly without law or religion . . . among whom are nourished and bred infinite idle fry, that coming to ripe grow vagabonds and infect the commonwealth with a most dangerous leprosy”. ( John Norden reported in 1615)