English Civil War and the Battle of Cheriton – how significant was it?

The village of Cheriton is noted for two reasons, it is the place where the famous chalk bed river, the Itchen springs, welling up imperceptibly in the fields and then flowing through the village. 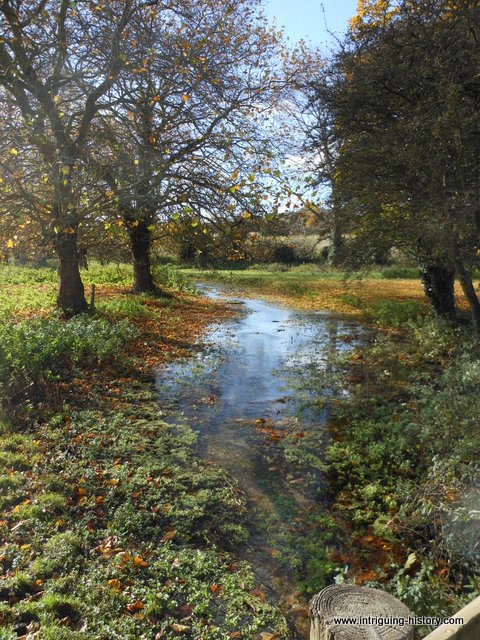 Source of the River Itchen

It is also the site of one of the most notable victories for the Roundheads over the Cavaliers during the English Civil War. Before the English Civil War, Hampshire was a county largely reliant upon agriculture and the wool trade for its economic stability. The beginning of the C17th was not auspicious for the continuation of that reliance, as the winds of change blew, both on the continent and at home. Enclosure forced many to the point of starvation and a reliance upon the land owners for a living. Population was rising and perhaps, most painful for the people of Hampshire, a ban was placed on the trade of undyed wool to the continent.

Suddenly a county that had been in a comfortable economic position was on the back foot, struggling to cope with the unprecedented situation in which it found itself. 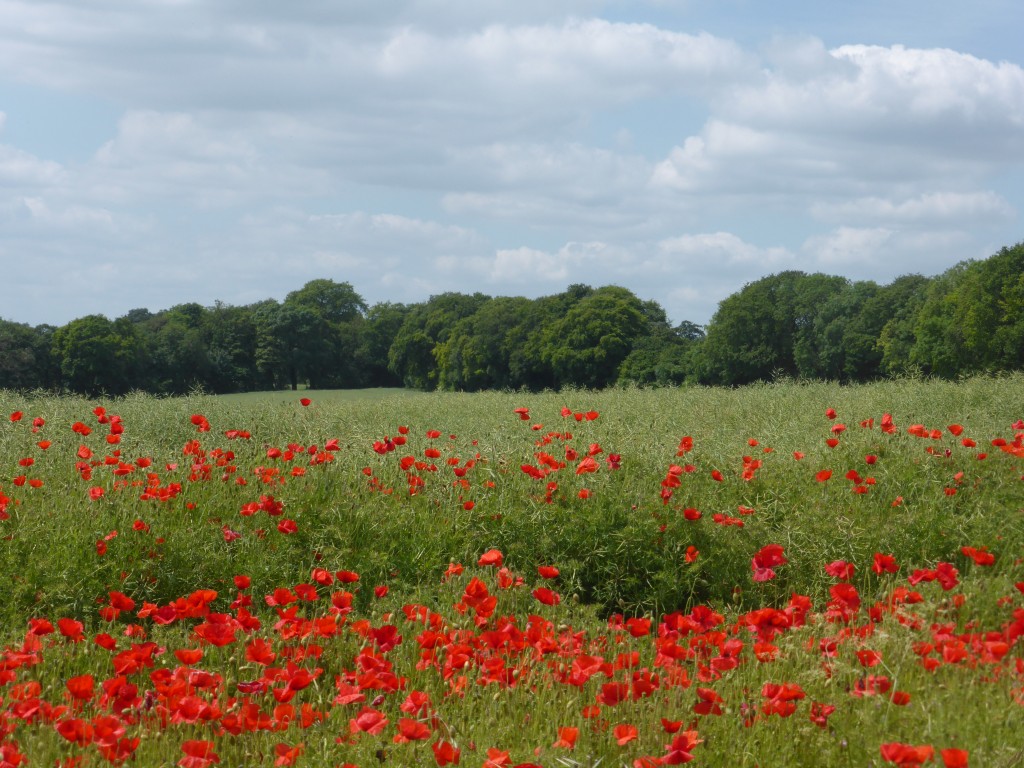 This dispirited population, many of whom were homeless and seeking employment,  became the perfect breeding ground for dissent and revolution. Ironically, it was the murder of the Duke of Buckingham in Portsmouth, in August 1628, that instigated the unfolding of events that would lead to the English Civil War. King Charles dissolved parliament in 1629 and with the hated Buckingham out of the way, those who had stood in opposition to the King now rallied to his side. Many of these new supporters were secret Roman Catholics and this was suspected and despised by the Puritans, who became increasingly suspicious of the King’s religious leanings. Archbishop Laud however was more concerned about the ideologies of the Puritans, than of the emergence of  Catholic leanings by the King and his pursuit and attack on Puritans caused deep concern among Protestants. As Laud’s campaign for a unified church expanded and the financial pressures began to build upon King Charles the country was thrown into eleven years of economic, spiritual and political uncertainty.

The country began to divide itself between King and Parliament and by 1642 England was engaged in a Civil War.

In Hampshire, many of the powerful gentry declared for the King. Lord John Paulet, Marquis of Winchester declared himself a royalist. His residence, Basing House, would remain hugely influential throughout the war. In Winchester, Sir William Ogle, Member of Parliament successfully held the town and castle against numerous sieges. George Goring, MP and Governor of Portsmouth held the town in the early months before being overrun. Goring went on to become a famous and successful royalist cavalry general. Sir William Waller, the controversially elected MP for Andover was for Parliament. These are the men who went into the Hampshire countryside to raise forces for there respective sides.It would fall on men such as these to raise the troops needed to defend their respective causes in Hampshire. 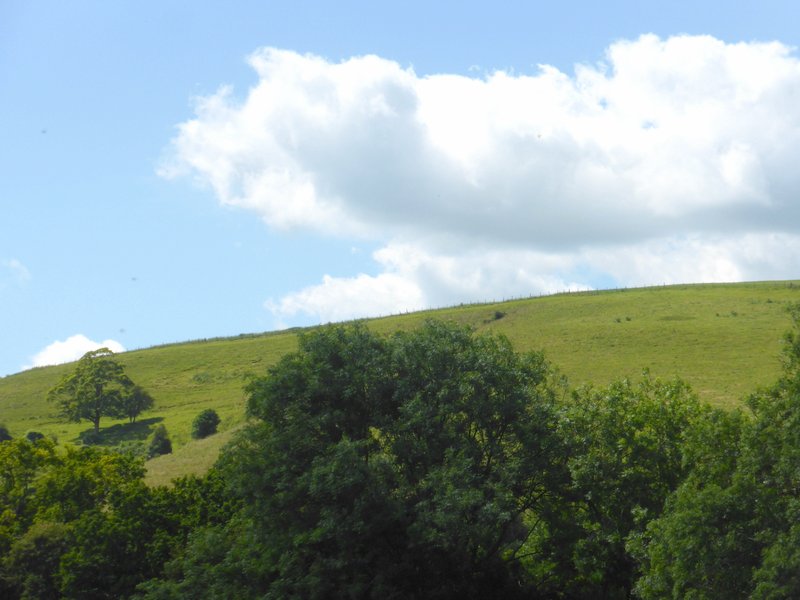 Waller’s Troops Mustered on the hills around East Meon

So what brought the battle to the fields around Cheriton?

In the spring of 1644, the Parliamentary troops under Waller and the Royalists under Hopton were in the South of England, Hopton intent on advancing on London from the South and Waller intent on stopping him. Hopton’s army stood at around 3,800 horse, 3,200 foot. Waller had 3,000 horse, 5,000 foot plus his own dragoons and cavalry brigade. Waller’s army mustered at East Meon during March 1644, whilst Hopton had his army head quartered at Winchester.

On 26th March Hopton advanced and Waller marched towards Alresford in an attempt to outflank the Parliamentarians. Hopton also marched for Alresford

Waller’s headquarters was at Hinton Ampner manor house; the Parliamentarian army concentrated on Lamborough Fields to the south of the Royalist position, with East Down separating the two armies. The two sides were caught up in small battles all day as they fought for dominance over the high ground of East Down until the Royalists drove back the Parliamentarians but Waller refused to retreat. 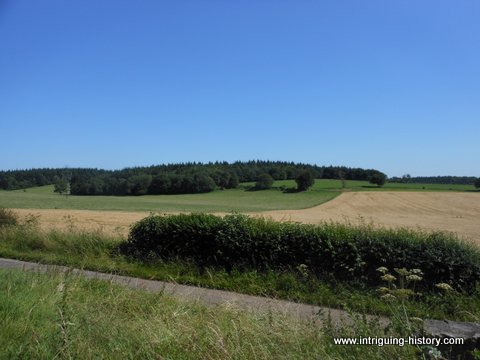 The morning of the 28th March 1644 broke cold and clear

Waller set his army out on the high ground of Lamborough fields, the Royalist army struck out from Tichborne Down to occupy East Down. By mid-morning, the armies were drawn up on opposite ridges with Cheriton Wood on higher ground to the east. The armies were separated by a saucer of land crossed by three lanes running north to south and one running east to west towards Cheriton. The first stage of the battle involved attempts to secure Cheriton Wood. Helped by the mist of the early morning, Waller sent an advance guard to occupy the wood and threaten the Royalist left flank. Hopton was also keen to hold the wood and sent his musketeers to clear them. 1000 men met the Parliamentarians and drove them out of the wood. The battle continued, the Royalists launched attacks on both wings of the Parliamentarian position. Shortly after noon, fighting broke out around Hinton Ampner, when a body of Royalists tried to dislodge the Parliamentarians, who were hunkered down in the hedgerows surrounding the lanes and village. The Royalists fired the cottages in the hope of screening their approach but the wind changed and things began to go wrong for the Royalists. The Parliamentarians began and to regain the ground they had lost and overwhelmed the Royalists who suffered heavy losses. Fierce fighting continued on both flanks throughout the day and casualties were high on both sides. The Royalists were forced down from East Down and by late afternoon, were losing ground in the centre. Hopton decided to retreat and escaped to Basing House.

This gave Waller the opportunity he wanted to march to Winchester where he accepted the surrender of the city.

The Battle of Cheriton gave great heart to the Parliamentarians and made them even more confident and resolved to defeat the King of England.

Looking out across the fields now it is, as always when faced with the fields of ancient battles to imagine the horrors that unfolded in the lanes around the pretty village of Cheriton. Search here for some excellent maps of the battlefield in context and other battlefields of the English Civil War.
The landscape today is much as it was just under four hundred years ago, with Cheriton Wood still standing. There are many useful information boards that relate the detail of the battles and help the observer to visualize the events as they unfolded in the fields and on the Downs before them.