Anglo Saxon Hampshire was  pivotal, in both time and place, in the history of England

Little is known of the events that unfolded in the years when the Romans made their withdrawal from Britain. The Romans made scant records of their withdrawal between 406AD and 410AD. It appears that a number of rulers had been put in place in a rather chaotic manner and that the last of these, Constantine III eventually led the army out of Britain to Gaul, where a crisis had occurred. 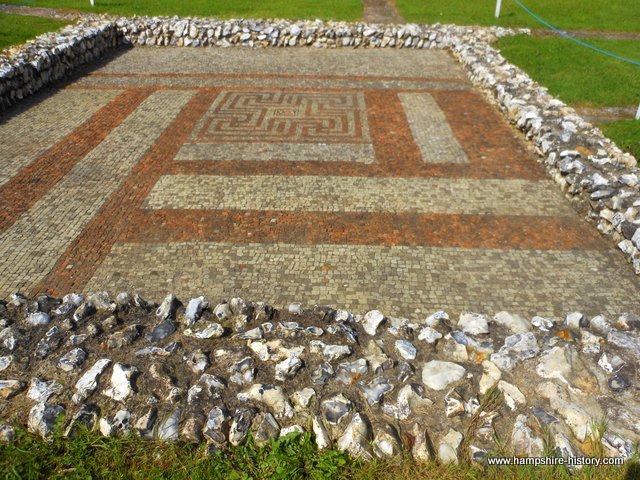 A period then followed when unknown men attempted to take control of a disordered people. Settlements were scattered between those living on the ridges and those settled in the valleys and excavation work in Hampshire has revealed evidence of both. The pattern of early Anglo Saxon settlement in Hampshire is however complex. The early ridge settlements at Chalton and Catherington, seem to give way to later valley settlements. There is a slight link between the previous Roman settlements and the early Anglo Saxon but nothing conclusive. The migration from ridges to valleys may have occurred because of a shift from mobile farming methods to more of a settled field farming system but this is conjecture. 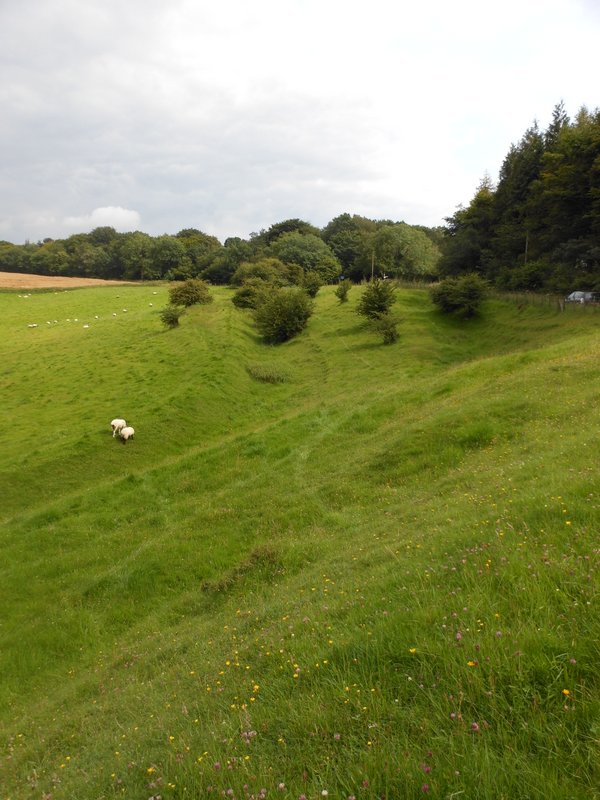 Earthworks on Heydon Down above East Meon

What emerged from the early Anglo Saxon period in Hampshire?

Early Anglo Saxon Hampshire is largely lost in the mists of time and yet at the crux of what makes this ancient county so historically important.The history of England had been marked by periods of great upheavals, when it must have seemed as though the identity of the country would be altered beyond all recognition. However these episodes have been brief and the underlying history has, on the whole, been calm and unobtrusive, changing course but continuing on its steady path.
This long historical continuity underpins our national history. Maybe it is an aspect of our history, unappreciated, compared to major ‘events’ we identify as being historically  important.

Surrounded by a history which stretches back thousands of years, it has, at times been at the centre of events that have brought with them, profound change. The character of the English began to evolve because of events taking place in Anglo Saxon Hampshire.
The exodus of the Romans left behind a legacy that in many parts of the country were built upon and although Hampshire is able to point to many instances of Roman occupation, post Roman settlement in Hampshire is a different thing altogether. 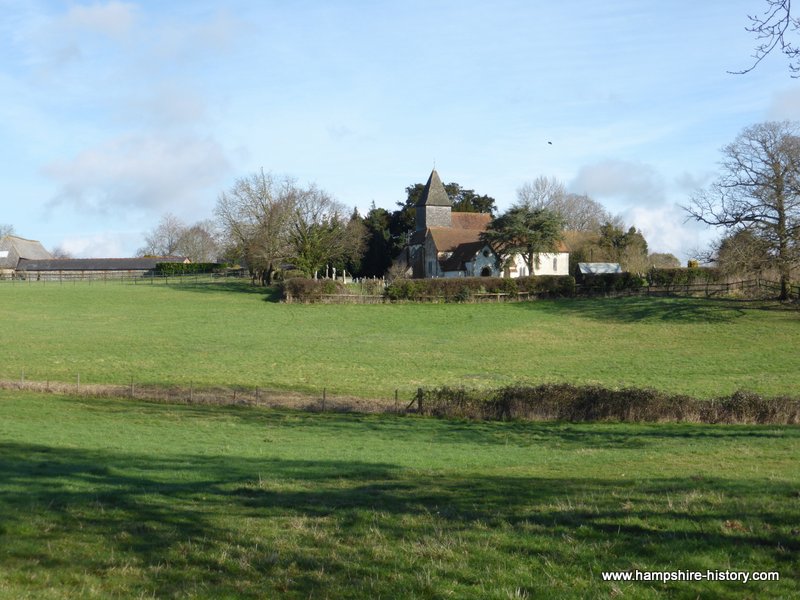 The Roman city of Silchester and post Roman church.

Hampshire’s countryside and settlements are a result of gradual change. Rural communities have waxed and waned in size and importance over time and although it is difficult to give accurate figures for the size and significance of early settlements, Domesday and manorial accounts provide an excellent view of Norman Hampshire. Earlier sources such as the Saxon Charters also provide information that allow approximations both of size and distribution of settlements of later Anglo Saxon Hampshire but the period C5th – C7th, is an altogether different affair.
Once the Romans had left, the two major settlements of Winchester and Silchester fell away and scant evidence exists for the settlement of people in Hampshire during the C5th and C6th.

Theories and assumptions abound when considering settlement in Hampshire in the post Roman period. It is possible that Hampshire was occupied by nomadic people, whose settlement pattern was fleeting and therefore difficult to pin down.

So what do we know about early Anglo Saxon settlement in Hampshire?

As in the rest of England, it has been suggested that migration is an explanation for the changes in the immediate post-Roman period, with people crossing the North Sea but this is an uncertain explanation. Could the numbers of people crossing the North Sea, albeit they were successful warriors,have produced so much change to the ways most of the population lived, their language, clothes and ornaments? 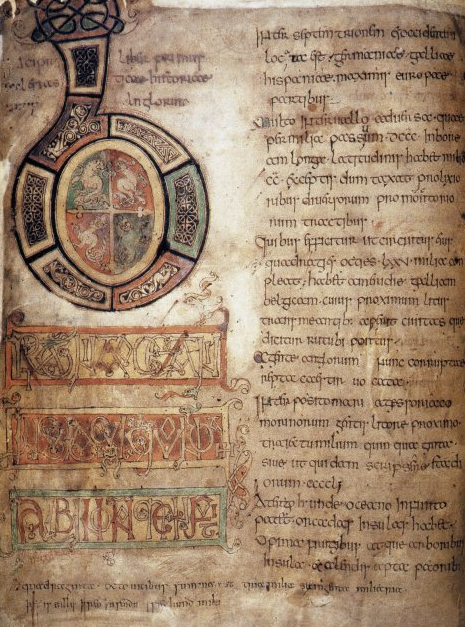 What does Bede tell us?

The Venerable Bede assures us the Jutes controlled part of southern Hampshire but there is little evidence on the ground. The introduction of Christianity thanks to the bishops of Winchester provide us with the most important clues as to settlement in Hampshire. The early churches built along the river valleys, point towards the Saxon settlements and it is from this we can take stock of what and where early settlement in Hampshire may have looked like.

So what has been discovered about early Saxon settlement in Hampshire?

The exacting work on early Anglo Saxon settlement was done by Professor Sir Barry Cunliffe, whose initial work, field walking, to discover elusive grass tempered Saxon pottery, led to the discovery of possibly one of the most important archaeological field sites for Anglo Saxon settlement in Britain.
The site at Chalton occupies a hill top and is a nucleated settlement, not all settlements were nucleated, some were made up of isolated farmsteads but the discovery of the ridge top settlement at Chalton led to a change in how archaeologists and historians considered Anglo Saxon settlement at least in Southern Hampshire but he leaves open the question as to whether this settlement implies an immigrant cultural emergence or was a continuation of a sub Roman culture already in existence. 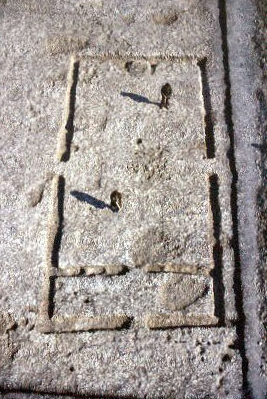 It had been thought that early Saxon settlement in Hampshire was in its river valleys but the discovery of ridge settlements by Barry Cunliffe at Chalton and then Catherington, imply a more diverse settlement pattern than thought. The Archaeological data service has an excellent paper by P.V Addyman and D. Leigh on Anglo Saxon Houses at Chalton.

Maybe those that settled the ridges were different peoples than those who settled the valleys?

Nucleation of settlement around manor-houses is one likely process in the formation of later Anglo Saxon settlements, with churches adding a further stabilising element. The division of ‘minster’ parishes into smaller units is seen as the next logical step and the later division of land into hundreds shows some organisation taking place.

Ribbon developments along the river valleys also took place but not until the later Anglo Saxon period. Later, trading centres such as Hamwic, show how development became much more organized, with delineated areas for different purposes.

The challenge of mapping the face of Anglo Saxon Hampshire is only in its infancy and to date, the analysis of early Anglo Saxon settlement and culture in Hampshire has largely been based on tantalizing finds and isolated settlements.

Join the excellent project ‘Anglos Saxons in the Meon Valley’ to find out more.