St Hubert’s Idsworth Hampshire is a church that captures the heart, even from afar. 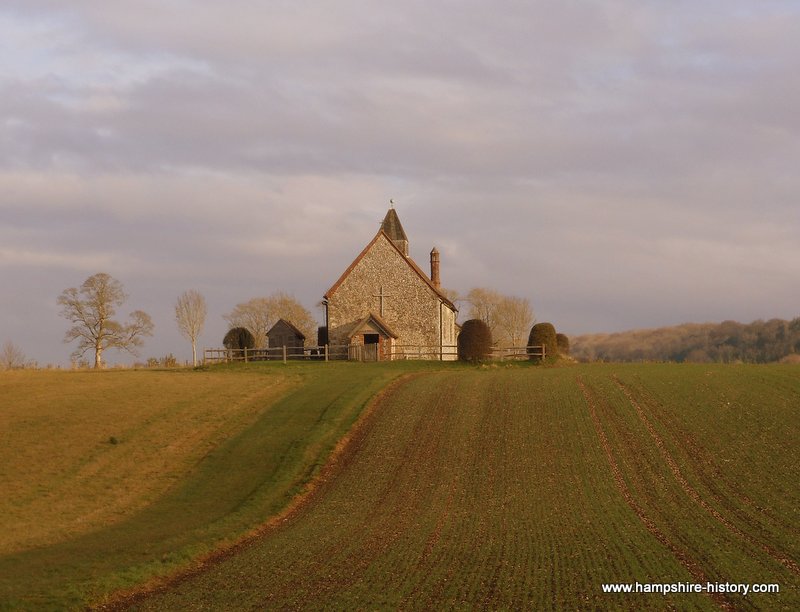 Passengers on the London to Portsmouth train line have time to wonder about the pretty church sitting on its own in the fields close to Rowlands Castle.

There are many reasons to stop and reflect a little while at the C11th church at Idsworth near Chalton. The church is now called St Hubert’s but its original dedication was to St Peter. It stands, aloft, swept up onto a curve of chalk downland, in splendid isolation. 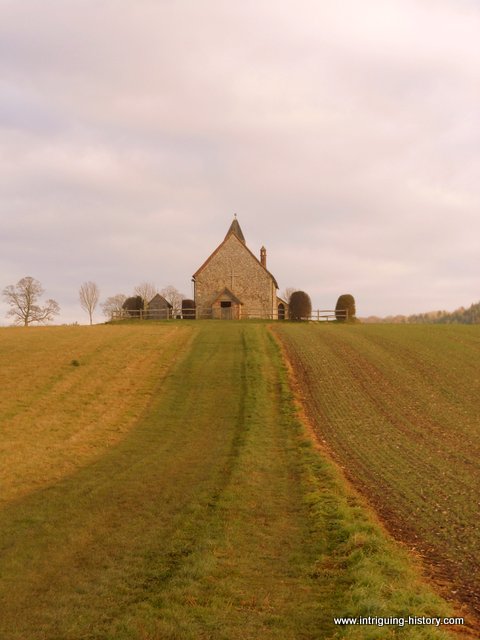 Idsworth was a village settled in about the C9th and although in earlier times it was a chaplaincy of the Manor of Chalton, it had, by the C12th become an independent and the dominant settlement of the two Anglo Saxon settlements.

Earl Godwin, head of one of the grandest and most powerful families of Anglo Saxon England, whose most famous son was King Harold, is believed to have had the chapel built sometime around 1030AD. He personally held the adjoining manor of Chalton.

The work of Professor Sir Barry Cunliffe, on the early Anglo Saxon settlement of Chalton has shown that this area had been settled since Roman times at least. Idsworth may have been a Roman farmstead, coins and pottery have been found in the vicinity. The rise of chalkland would have been well drained, whilst in the valley a small stream flows.

All trace of the village has now gone, buried under the plough. It was deserted sometime at the end of the C14th, quite possibly as a result of the plague wiping out the population. The chapel though remained and before the village’s population was decimated, they chose to adorn the walls of their chapel with wonderful Medieval wall art. This art had been covered up during King Henry VIII’s reformation by layers of whitewash, until, in 1864, the Reverend J. Astley had the layers removed. A more modern piece of artwork gives a striking vision of how it must have looked inside our churches during the Medieval period.

The paintings decorating St Hubert’s church Idsworth, taught the story of Christ to the people who worshiped here in Medieval times and somehow the fact that no village remains makes these pictures even more poignant.

Many experts have looked at the paintings in order to unravel their story. The work by John Edwards (Antiquaries Journal Vol 63 1983), is a good reference point and explains that the paintings refer to the life and times of St John the Baptist. The chapel was renamed, St Hubert, because in the late C19th, is was thought that the scenes referred to St Hubert.

To see these paintings in this humble little church, in a field in Hampshire, bereft of the community it once served, is moving and should be seen by all interested in Medieval Christian artwork. 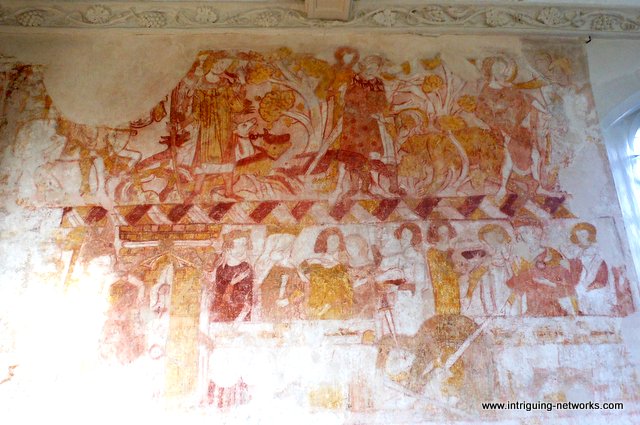 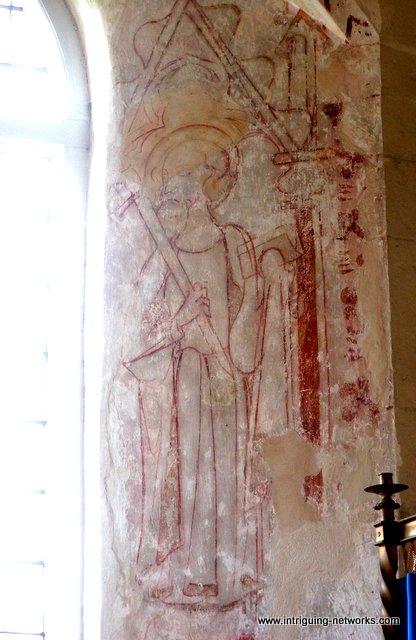 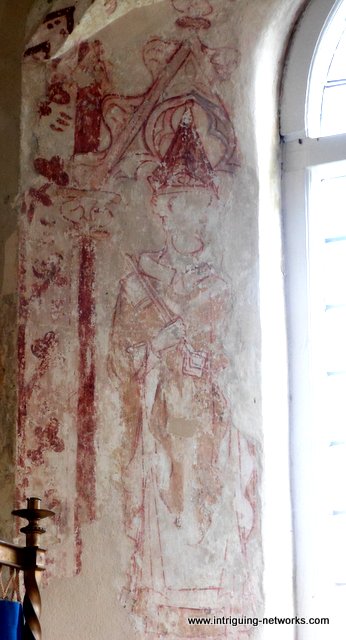