Basing House Before the Civil War

Basing House steeped in the history of Hampshire and of England 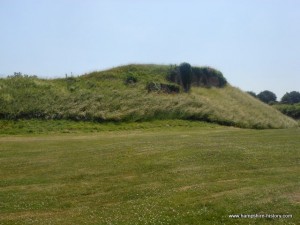 Visitors could be forgiven for being slightly underwhelmed by Basing House because in short, there is no house, nothing left of the four hundred room, five storey structure that once stood on the site. It was damaged beyond repair as siege after siege during three years of the English Civil War, finally brought it to its knees. Just how did this magnificent structure, as big as any palace and fortified like a castle come to be built in the first instance?

The Early days of Basing House

Basing House as we now know it, grew from the site of much earlier settlements. The Romans settled in the area and its name Basing, sprang from the Anglo Saxon when a leader of some importance, whose name was ‘Basa’, lived in the vicinity.

The Normans, upon landing on English soil, were quick to construct wooden motte and bailey castles at strategic places. They constructed a castle close by the present Basing House at a place now known as Oliver’s Battery. This castle is thought to have been part of William the Conquerors campaign to march on London.

It was this castle, along with many other manors in Hampshire, that passed into the hands of one of Hampshire’s earliest families, the Norman de Port family. This family chose to live in the castle for only a short period before moving to their preferred position, that of the present Basing House ruins.

So what purpose did the early Medieval house serve? Basing occupied an important East to West road between London and the west country. All manner of trade and communications passed the door of this well fortified castle. Originally the castle would have been built of timber, surrounded by a number of outer baileys. It was an estate office, an administrative centre, from which the de Port and subsequent families could run their large Hampshire estate. The property was well placed sitting between Winchester and London, the heart and stomach of English monarchical and ecclesiastical rule. 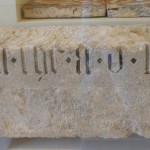 Stone inscription reads ‘all these new works up the a.d 1561. Marking the new building period under Sir William Paulet. 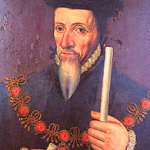 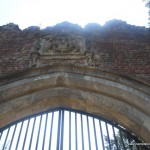 Hugh de Port, fought beside William the Conqueror at the Battle of Hastings, his actions won him the lordship of no fewer than 53 manors, Basing being one of them.

In the reign of King Henry I, Hugh de Port’s son, Henry, founded the Priory of Sherborne, near Basing. The connection continued. John de Port, son of Henry, was succeeded by his son, Adam de Port. It is at this point that a family name change occurs. Adam de Port, Lord of Basing, married Mabel, daughter of Reginald de Aurevalle and his wife Muriel. Muriel was the daughter of Roger de St. John, whose father, William de St. John, was very close to William the Conqueror 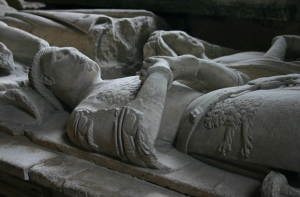 Sir Thomas Poyning’s son Hugh had a daughter, Constance, who married John Paulet of Somerset. She was one of the three co heirs of her grandfather Thomas de Poynings. On account of her marriage in 1427, the manors of Basing and other Hampshire estates were settled on her.

Basing House was now in the possession of what would become one of the most most influential families in England, the Paulets.

William Paulet inherited Basing House in 1525 and would become the master builder and investor of Basing House. His skill as a politician brought him great wealth and the admiration of those he served, his life history is littered with accolades, all the time his wealth increased and he poured it into Basing House. The first house would have a second more impressive house built alongside. It became a castellated house of immense proportions filled with great extravagances, as great as any palace in the land. It attracted many royal visitors and was the setting for intrigue and debate.  A hunting park and massive farm and Grange building were built at the same time. The Grange still remains standing, its sheer size reminding us of the enormous household it had to provide stores for.

All the new buildings were built of local red brick. Its dominance in the landscape complete, it screamed wealth and power.

The Paulets who followed Sir William soon struggled to finance the upkeep of Basing House and over the next hundred years large parts of the house had to be abandoned.

History had not finished with Basing House yet though and the part it and the Paulets played in the English Civil War, means that it has a significant place in both the history of Hampshire and of England.

The role of Basing House in the Civil War would be the final chapter of this magnificent house. Today’s visitor is left with just an impression in the ground, a great muddle of earthworks and remindersbut read widely before you visit and each footstep you take will be charged with five hundred years of stunning history, filled with our countries most important and colourful characters