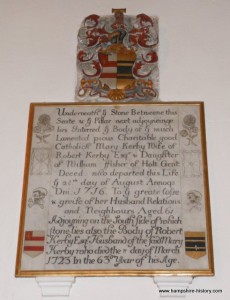 It is unusual to see a memorial for a Hampshire Catholic, displayed prominently in a church. In St Peters Church Bishop’s Waltham the memorial to Mary Kerby who died on 25th August 1716 does just that and prompted the question;

‘how did a Catholic in Hampshire fare in King George I’s England?’

To understand what was happening in 1716 it is necessary to look back to 1688 when William III came to the throne. Successive administrations were worried by the political loyalties of  Catholic families in England. Once Queen Ann succeeded William III, the Protestant succession was firmly established in England. On her death the mantle of succession passed to King George I.

It was the time of the Jacobite Rebellions, an attempt to return James VII of Scotland to the English throne. As each Protestant monarch died, the fear of a Jacobite rebellion reared its head. The government of England feared that if an opportunity occurred,  Catholics would rise up in support of the Pretender.

It was decided by 1714, that a series of measures would be taken to ensure that Catholics were rendered harmless should there be a serious Jacobite threat. As had happened before, the authorities demanded an oath of allegiance be sworn to King George I. These oaths would be tendered by magistrates to all the Catholics in the shires. This would have included our Hampshire Catholic, Mary Kerby in Bishop’s Waltham. More was demanded of  the Catholics than just swearing an oath of allegiance. Their horses and arms were confiscated and restrictions placed on their movements. 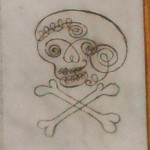 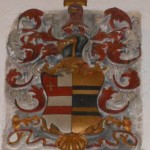 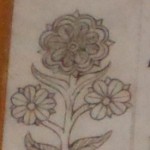 Maybe the Kerby signed the oaths maybe they didn’t. Those found to be disaffected or plotting against the crown would be brought before the magistrate and declared a ‘Popish Recusant’. Once accused of this the penalties were severe and it seems Anglican authorities were reluctant to take this ultimate step.

Catholics were treated differently from locality to locality. This variance might be attributed to relationships between Anglican and Catholic houses and manors in each location, as well as  the overall political sensitivity in the area.

Hampshire was home to a number of well known and influential recusant families. This could have prompted the counties response, which was to do the bare minimum to obey the law. They took action against a few humble folk and servants but not against the major Catholic families. So we can assume that the Kerby family were safe and hence able to erect the memorial in the church at Bishop’s Waltham without fear of reproach. A Hampshire Catholic in 1716 therefore was probably in better position than those say in London and able to continue their lives, probably not without fear but with some confidence that arrest was not imminent.