Upper Wield church, St James, is worth the time it takes to locate it. Situated in the little village of Upper Wield and tucked away amongst the thatched houses, it is an oasis of simplicity and calm. 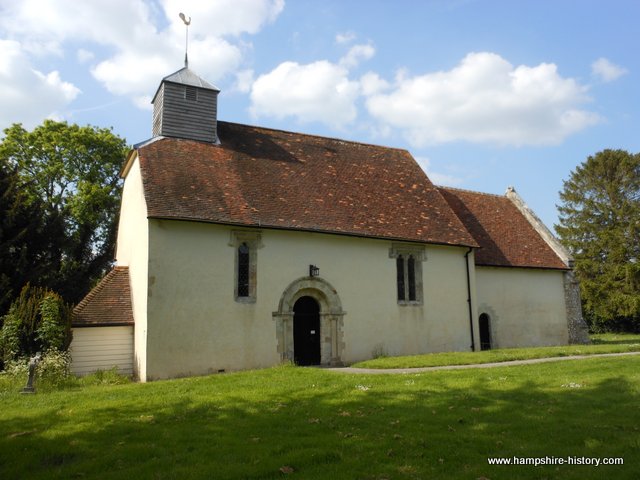 The simplicity of both the setting and the structure of St James church in the village of Upper Wield is quite beautiful. Carved into the Norman stonework around the door find an ancient mass dial and inside the ghosts of old paintings and fragments of the ten commandments. The C12th  Purbeck stone font was brought to the church from a garden in Winchester.

In this simple church though we find a splendid monument to Sir William Wallop, who died in 1617. 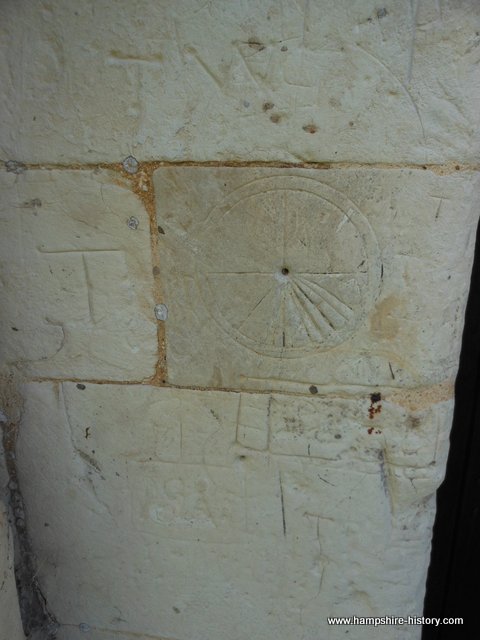 The younger son of a leading Hampshire family, Wallop became a merchant in Southampton, taking a leading part in the administration of the town after becoming a burgess in 1584. He did, however, own land in the county, and on two occasions was a member of the commission of the peace for Hampshire. The epitaph tells us he was High Sheriff of Hampshire and three times Mayor of Southampton. He first sat in Parliament for Lymington through the influence of his half-brother, Sir Henry Wallop who was steward of the manor. William Wallop was licensed to depart on 8 Mar 1589. In 1597 he was returned to Parliament for Southampton, being elected at the end of his first term as mayor. 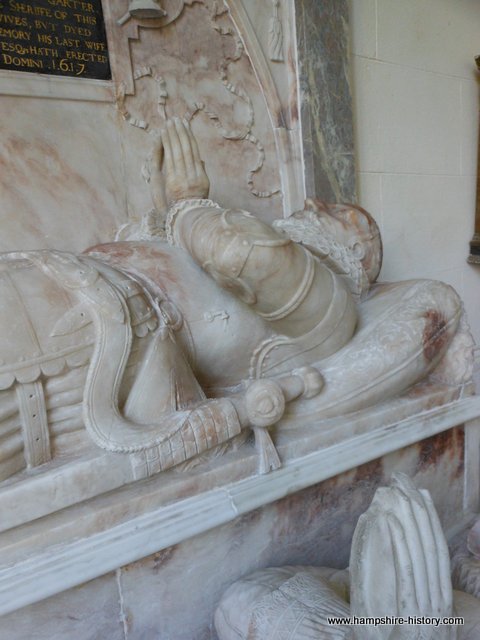 Monument to Sir William Wallop and his wife

Wallop made his will on 17 Dec 1616. He left £50 to be spent on his tomb and £100 for his funeral expenses, £10 of it to be distributed among the poor. £100 was bequeathed to the town of Southampton as a fund to help poor young men to set up in trade. After his legacies had been paid, the remainder of the personal estate was to go to his wife Margery. Wallop died 15 Nov 1617, and was buried in the Upper Wield church.

His third wife Margery lies with him. Take time to examine the monument because the splendid Tudor outfits of the two are splendidly carved.