The church at Meonstoke is possibly one of the most photographed  churches in Hampshire.

It presents a striking image from the outside with its C15th tower and wooden C20th top, giving it the look of a country church in Italy. It sits prettily on a slight rise in the ground, keeping it dry from the often flooding, River Meon. 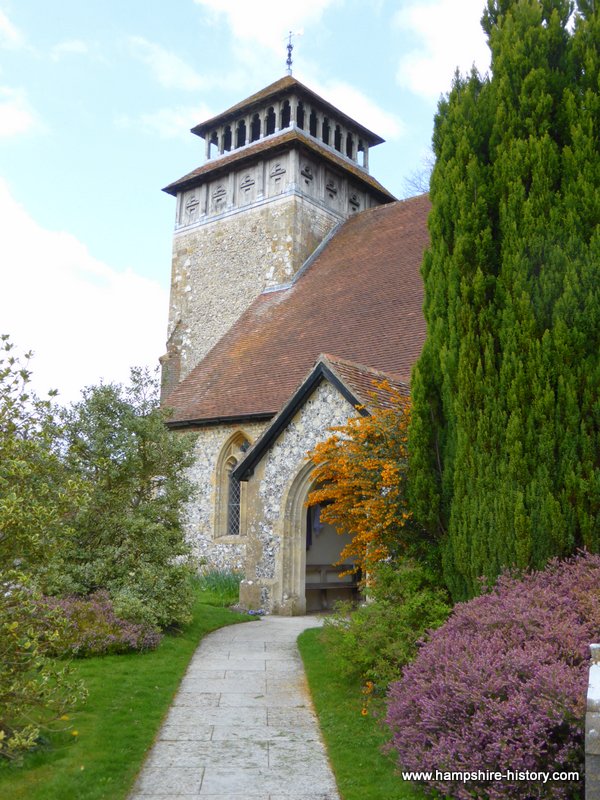 This is a very special church architecturally. It was built in around 1230 and is one of the most complete early English churches to be found. The interior seems to soar away and although there are glimpses of a late Norman architectural hand, the nave stands much as it did when it was built in that transitional period. 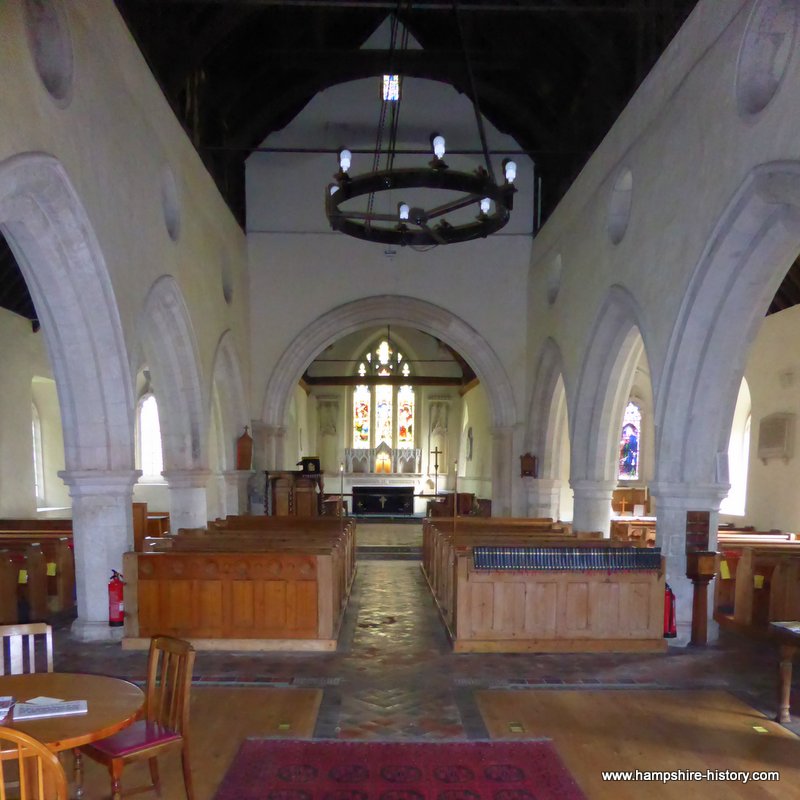 Glimpses of the C13th and C14th can be seen throughout. The font is original to the building of the church and one of Hampshire History’s favourites. On the wall of the chancel it is possible to see the original C13th consecration cross. 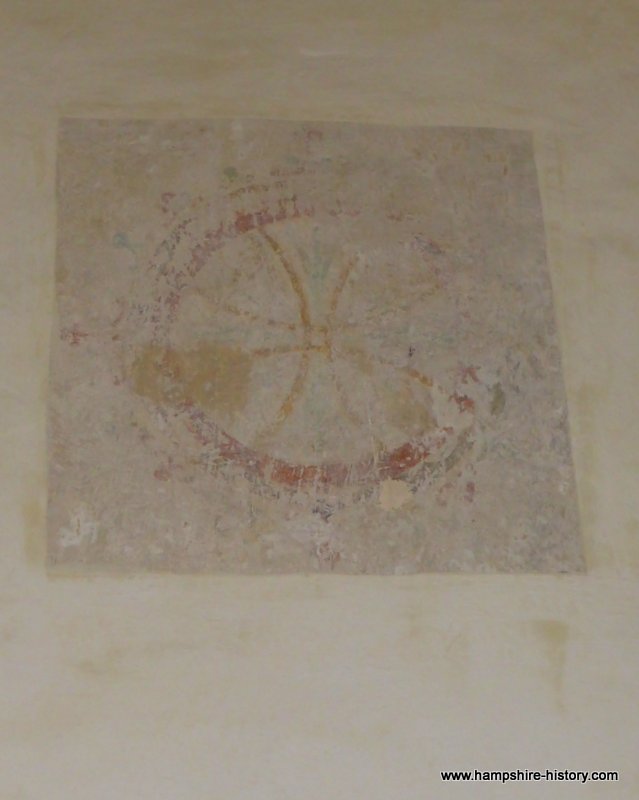 No more than two hundred metres away, is the small Saxon church at Corhampton. It seems odd to have another church in such close proximity and both of them built from a very early date but the River Meon divides them, at one time taking a much wider course than now. Maybe the explanation is as simple as that, two communities divided by a river, living as distinct and separate lives as if they were separated by two miles, each having its own church.

Meonstoke was settled by the Romans and the Jutes after them

At the time of the Anglo Saxons, when the Jutes occupied the area, Meonstoke was an important settlement and perhaps would have been one that St Wilfrid, as he and his fellow monks made their way up the Meon Valley on their mission to bring Christianity to the valley, would have focused upon.