The approach to the village of Ashley is a climb up a winding lane, past Manor Farm and the church of St Mary’s, to arrive at Ashley Castle.

Ashley Castle began as an Iron Age hillfort, at a high point on the downs it’s not difficult to see that this was a good place to erect a fortification. The evidence of Roman settlement in the area around, indicates that they thought so to. 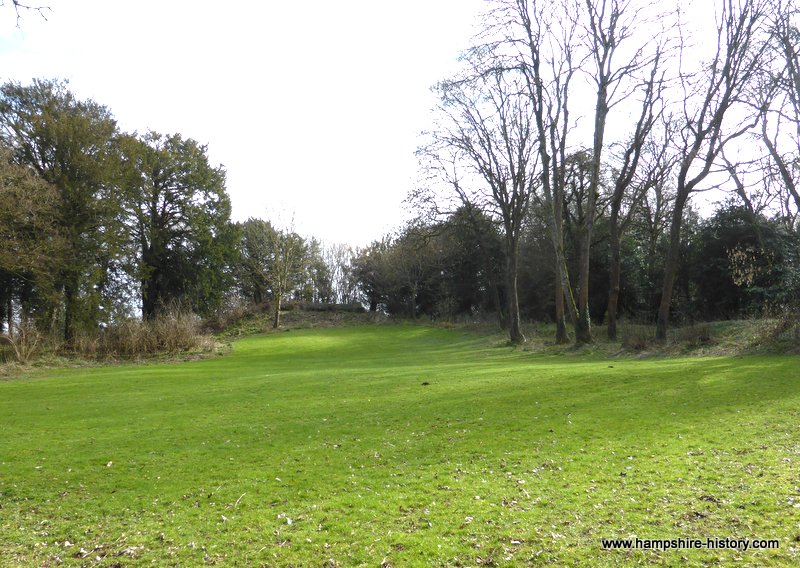 When Empress Matilda, daughter of King Henry I landed in Portsmouth in 1133, few would have been thinking that the country was about to be thrown into twenty years of conflict. Matilda had arrived to press home her claim to the throne of England.  Henry de Blois, Bishop of Winchester, was brother to Matilda’s rival claimant to the throne King Henry I’s nephew Stephen. Henry de Blois was a warrior prelate, a man who wanted to be recognized as such, so he built fortifications, including Wolvesley Palace, Bishop’s Waltham Palace, Merdon Castle and in 1138, Ashley Castle. It is interesting to note that these and other castles were all built in this year or about. It seems highly probable that they in some way gave some strategic benefit to Stephen. Little remains of the castle structure itself but comparing it with nearby Merdon Castle, suggests a similar stone structure. 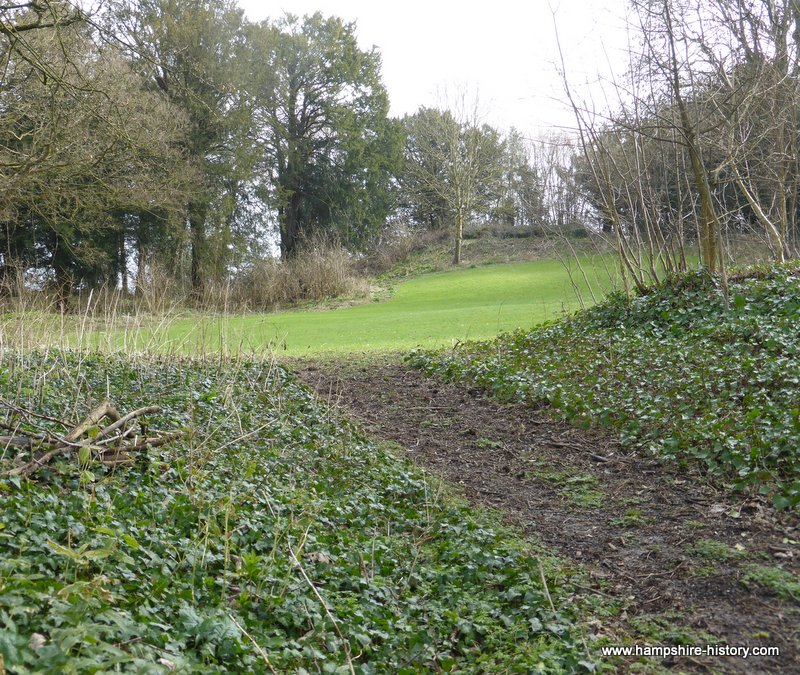 Ashley Castle looking up from the moat

After King Stephen’s death in 1154, King Henry II came to power and as part of his ‘cleansing’ of de Blois dynasty, destroyed Ashley Castle and others. The castle became the property of William Briwere, friend of King John who granted him a licence to crenelate in 1200. King John is recorded as staying at the castle.

What is left to see?

Ashley Castle rose from being an ironwork earthwork castle, to one whose structure comprise a pentagonal ringwork bailey, that is 50m across, there are stone foundations of a rectangular building and of a round tower 12 metres in diameter. It is also possible to clearly see the castle’s moat, which is two metres deep and overgrown with trees. 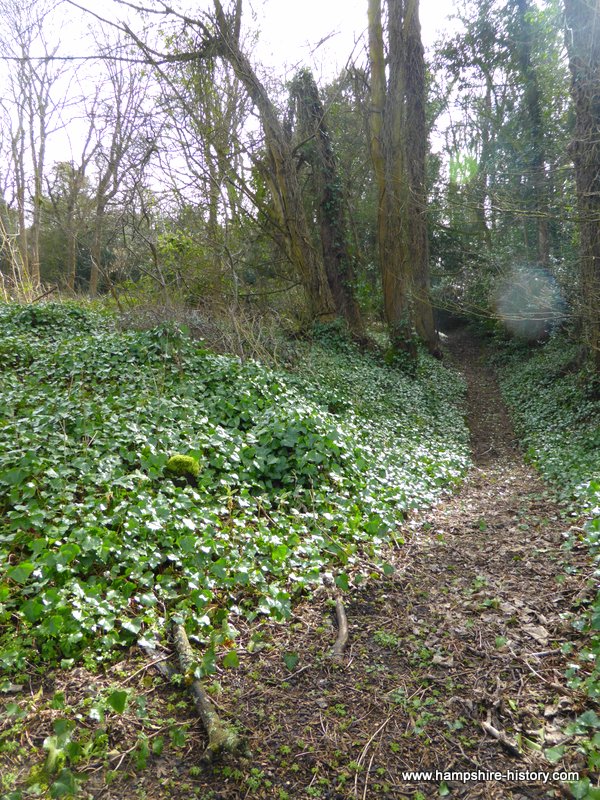