Netley Castle faces out across Southampton Water, its back turned on nearby Netley Abbey and looking out for signs of a possible French invasion

Netley Castle started life as the gatehouse to the Cistercian Netley Abbey. The early grounds of the abbey spilled outside of its present day boundaries and road, down to the shore of Southampton water.

The fortunes of the abbey waned and by the time of the Dissolution there were just seven monks left.

In early 1536, the abbey was closed  and King Henry VIII gave the land to Sir William Paulet of Basing House,  1st Marquess of Winchester and Lord High Treasurer of England. In turn he was to construct a castle which would become one of King Henry VIII’s southern coastal forts to defend Southampton Water from a French attack and possible invasion. Sir William Paulet used the gatehouse of the abbey as the basis for the castle which was built between 1540 and 1542. This saved him time and money, he removed stone from the abbey and used it to construct the simple single storied fort, its canon facing the water.

The importance of these defensive castles was key in King Henry VIII plans, the threat from France was very real and Southampton and Portsmouth had, for centuries, been subjected to repeated attacks from the French. King Henry VIII  was determined to protect the waters around the Isle of Wight and the seat of his Royal Navy at Portsmouth and the important trading port at Southampton. Netley Castle was to be one of three coastal castles to be constructed. The main castle was Calshot Castle, built on the western shore at the end of Calshot Spit. This was to be supported by smaller artillery castles St Andrew’s Castle, built at the mouth of the river Hamble, and Netley Castle. Netley Castle was perfectly situated to this role being positioned between two of Hampshire’s important rivers, the Itchen and the Hamble. Further along the coast, Hurst Castle and Southsea Castle also stood in defense. 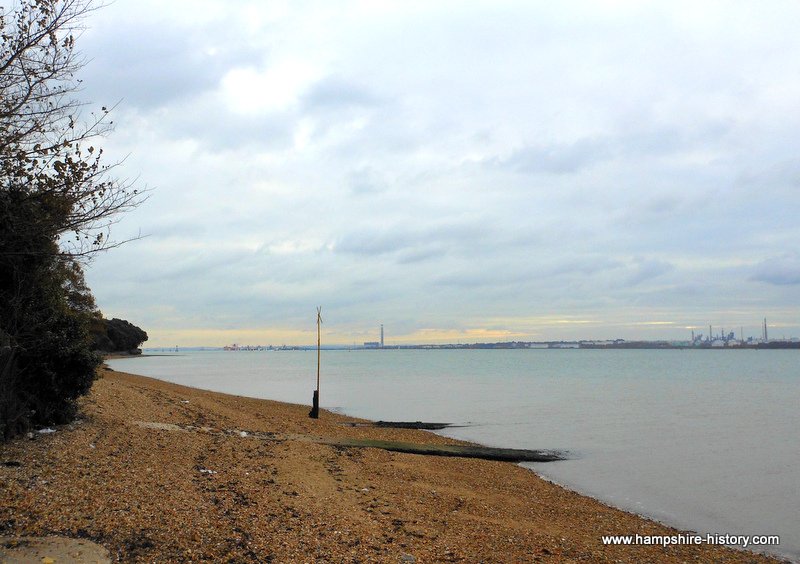 Looking out across Southampton Water

Captains of the castle

In truth the Paulet family had little to do with Netley Castle, indeed they stripped out parcels of land belonging to Netley Abbey and used that as a source of income for their other activities. However the title Captain of the Castle, remained theirs should they wish to take it and Sir William Paulet’s sons variously took it as their finances demanded it. It was looked after and commanded by a series of captains; the Paulet family, however, had the right to inherit the title of Captain of Netley Castle should they so choose.

Perhaps one of the most interesting Captains of the Castle was Sir Henry Ughtred, related to the Paulets by marriage, he was the son-in-law of Sir John Paulet, son of Sir William. He became Captain of Netley Castle in the late 1570s. As in all complicated families, those that marry in often have the hardest times and Henry Ughtred was no different in this. His brother in law William Paulet was very upset with the way he administered his father in laws estate and Ughtred ended up in the Fleet Prison as a result of this dispute. We should not feel too sorry for the Captain of the castle though, he was an unquestionably tough man.

In 1580, Ughtred built a 500-ton ship with a crew of 150 named the Galleon Ughtred. This was a substance-able ship and took to sea with the absolute aim of taking what it could. In 1582, this ship was accused of raiding Portuguese ships off the Avalon Peninsula in Newfoundland. It attacked Spanish ships also and took goods from them. Sir Henry Ughtred was a pirate. He further upset those around him with various dodgy property deals, his reputation led to his eventual removal as Captain of the Castle.

From one controversey to the next a tumultuous history 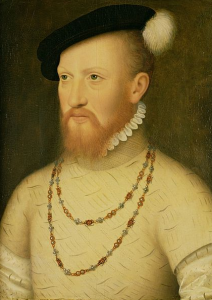 Netley Castle and its lands were sold to Edward Seymour, Baron Beauchamp and Earl of Hertford. Edward Seymour continued the development of the Netley Abbey ruins begun by Sir William Paulet and managed to entice Queen Elizabeth I to visit. This is recorded in the register of St Michael’s Church, Southampton:

The Queen’s Majesty’s Grace came from the Castle at Netley to Southampton the XII day of August.

Edward Seymour however was to discover that money cannot buy Royal patronage and he made a very poor judgement call, he secretly married Lady Catherine Grey, sister of Queen Jane (Grey), potential claiment to Queen Elizabeth’s crown and great-granddaughter of Henry VII. Queen Elizabeth I found out about the marriage and they were both removed to the Tower of London. On Edward’s death his son William inherited Netley Castle but he to made a secret marriage which upset King James I and he too was sent to the Tower.

Netley Castle had by now been decommissioned and was used for storage. When the Civil War erupted, the castle was in Royalist hands but by 1642 the Parliamentarians held it and used its canons to threaten Southampton by blockading Southampton Water and preventing supplies from reaching it. So remained the position until 1643 when Southampton was recaptured by Royalist forces at which point the Parliamentarians stripped the castle to stop it being used by the Royalists.

What next for Netley Castle?

It fell into a ruinous state but a very pretty ruin, much admired alongside Netley Abbey by tourists sailing down Southampton Water.

Horace Walpole was moved to write about it in 1755;

But how shall I describe Netley to you? I can only, but telling you it is the spot in the world for which Mr Chute and I wish. The ruins are vast… The fort in which we would build a tower for habitation remains with two small platforms. This little castle is buried from the abbey in a wood, in the very centre, on the edge of the hill; on each side breaks in the view of the Southampton sea, deep blue glistening with silver and vessels; on one side terminated by Southampton, on the other by Calshot Castle; and the Isle of Wight rising above the opposite hills – in short, they are not the ruins of Netley but of Paradise

What then became of paradise?

Netley Castle changed hands many times, its stonework used for other projects and it was redeveloped with the addition of Gothic towers and a second floor added until it became a private residence with it has to be said one of the most stunning views across Southampton Water. Gardens, tennis courts, palm houses and stables were added, the whole encompassing 27 acres by the time it came for sale in 1881 and was bought by Sir Henry Chriton who was Brigadier General of the Hampshire Infantry Brigade. It remained in his family until 1939 when it became a convalescent home until the 1990’s when the grounds had been reduced to three acres as parts were sold off to help the ever increasing financial problems. It has since been redeveloped and is now, once again a private residence.