Held safely in a dip of land, protected by trees from the worst the 13th Century sea winds could throw at it. 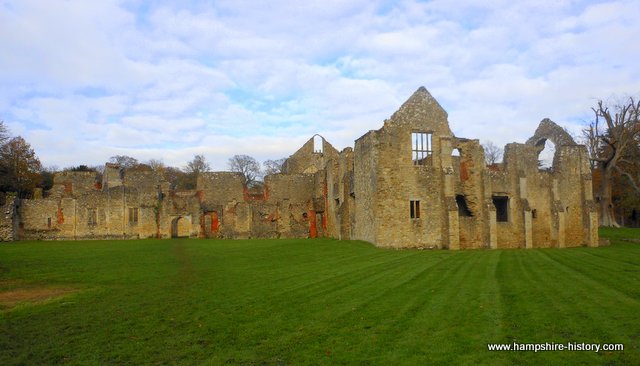 Now the abbey looks in on itself, one of the most complete and certainly the most beautiful Cistercian monastery in southern England. It is free to wander into and it captures the heart and mind in an instant. Its more recent history is bound up with artists, poets and others of artistic bent as many have tried to capture its beauty. John Constable painted it, as did Francis Towne, George Keats was moved to write a poem about the ruins and so was William Sotheby who chose to write an ode at midnight, an allusion maybe to the ‘other worldly’aspect of the Abbey’s history. Just to imagine those people here observing and working is enough to send goose pumps.

Netley Abbey was founded by a small group of monks who were following the will of the Bishop of Winchester ,Peter de Roches. He died in 1238 but he had made plans for the foundation of an abbey at Netley that was to be a daughter abbey to the great Beaulieu Abbey in the New Forest.

After the death of Peter de Roches

Peter de Roches may have made plans for Netley Abbey but died before he could complete them or carry them out. It was left to his executors to put the final plans into place. Over the water of the River Itchen from the New Forest, Peter de Roches had found the perfect spot. He purchased lands around about from which they could derive an income and so it was that in June 1239, a colony of monks arrived from Beaulieu and thus began the existence of Netley Abbey.

The house was dedicated to the Blessed Virgin and Saint Edward the Confessor, as a result of this it was known as Edwardstowe. King Henry III, (Henry of Winchester), in whose reign the abbey was built, made several early donations to the house and by 1251 seems to have regarded himself its patron and founder. In fact the inscriptions at the base of the four great piers at the transept crossing, commemorate the construction of the abbey church by King Henry III. It reads; ‘Henry, by the grace of God, King of England’ 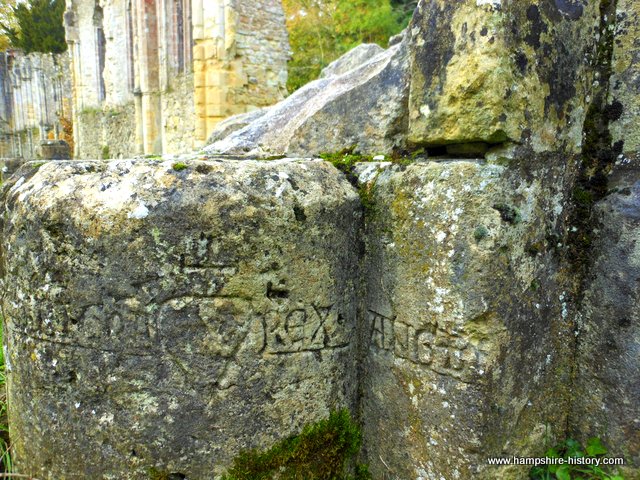 Inscription at the base of the transept piers

The church is immense and towers above the viewer, with its roof on it must have been a beautiful structure, with the roof off it still is.

The early grounds of Netley Abbey went right down to the shoreline. Its gatehouse was situated close to the shoreline. It is interesting that King Henry VIII saw merit in its position and converted it into one of his southern shore forts and the house that is now Netley Castle was built in the C19th on these Tudor foundations. 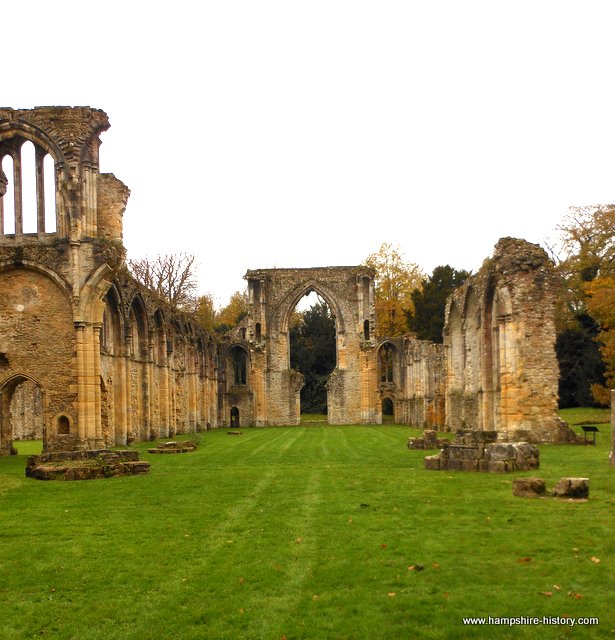 The Abbey church looking towards the altar

Netley Abbey in the C14th

During the C13th the abbey prospered and the number of monks and lay -brothers increased. The abbey did not seem to raise itself to any great status however and by about 1328 the house was experiencing some financial difficulties and the community was forced to sell much of its property. This financial pressure may have come about because of its proximity to the coast. Mariners passing through could demand hospitality and care. The King himself and his household were also demanding of the abbey’s provisions including their livestock. The abbey site was also large and needed a great deal of upkeep. The Black Death of 1348 added to its woes and Netley Abbey became a poor and undistinguished Cistercian house. It seems that the impoverishment of the abbey can be largely attributed to its position on the south coast.

Netley Abbey and the Dissolution

At the time of Dissolution only seven monks remained at the abbey, incredible when you look at the abbey ruins and the annual net income was valued at £100. The house was dissolved with the smaller monasteries in 1536. Following the Dissolution, the site was granted to Sir William Paulet, he converted the monastery into a Tudor mansion. His work can be seen in the red brick that pokes through the structure here and there. The site was occupied by the Paulet family until the late C17th, when the property was sold to a Southampton builder called Taylor and it is with him that the ‘other worldly’ stories about the abbey seem to have originated.  He intended to demolish the entire church but while supervising the demolition of the west end Taylor was crushed to death by the falling tracery of the west window. This was interpreted as a sign that the building should not be demolished and so thankfully, no more demolition took place and the property remained in private ownership until 1922 when it was given over to the Ministry of Works. 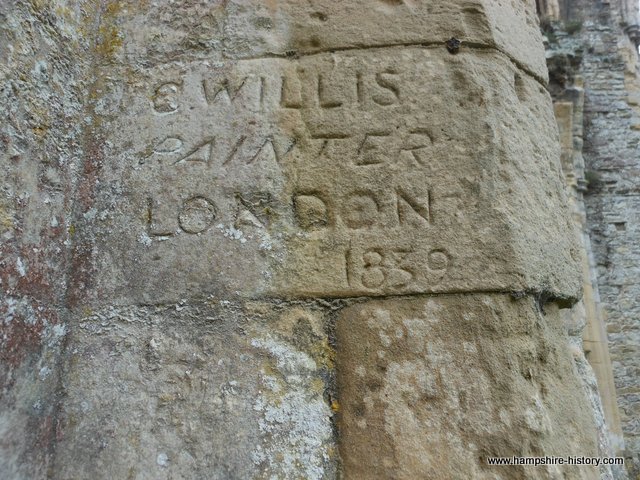 The Abbey as a tourist site

A brief walk around the ruins soon alerts you to the fact that Netley Abbey has attracted visitors for hundreds of years. One of them a painter from London who made the journey in 1839, 600 years after its founding, maybe inspired by the other great artists who felt drawn to capture the mood. The incredibly slender tracery of the windows perched so impossibly high and every corner hinting at the possibility of a monk turning it, adds to the feeling that here, in Netley Abbey time has stopped. 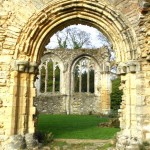 Netley Abbey Through the Arches 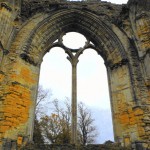 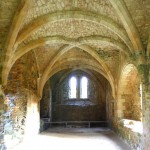