The Royal Victoria was demolished nearly fifty years ago and all that remains of this amazing building, disliked by Florence Nightingale, is the chapel

The Royal Victoria Hospital, was built at the suggestion of Queen Victoria in 1856, who on hearing of the work done by Florence Nightingale to improve both the conditions and outcome for soldiers in the Crimea War decided to instigate the building of a military hospital. Queen Victoria had made a personal visit to Fort Pitt in Kent, which was the primary care hospital for the wounded soldiers who made it home and was shocked at the conditions she saw. She resolved to give her support and encouragement to the development of a new hospital and in January 1856, the site on Southampton Water was purchased, not that far from the Queen’s own home Osborne House, across the water in East Cowes on the Isle of Wight.

On 19 May 1856, Queen Victoria laid the foundation stone before an enormous crowd of 11,000 people and the build of what would become the world’s longest building, built with thirty million bricks. Florence Nightingale however was not so impressed with the design. In her opinion the lengthy corridors would become a conduit for disease, the wards were too cramped and there were too few windows for both light and natural ventilation. However the build was progressing and the design retained.

Military personnel flooded into the hospital from all corners of the Empire, the hospital became a centre for research on tropical disease and indeed, rather ironically for Queen Victoria, the place where a vaccine was discovered for typhoid.

The Royal Victoria Hospital in the C20th

Royal Victoria Hospital also became a centre for training first aid and front line medical procedures for ambulance crews and field medics. This work undoubtedly saved lives during WWI and the hospital was filled to capacity during the conflict.

The hospital’s position meant that troops could be landed on the shore from ships pulling up at piers and a railway station was built at Netley at the same time as the hospital so that discharged patients could go home.

The Royal Victoria Hospital was demolished in 1966 and the two hundred acres turned into a leisure park. The chapel remains with an exhibition of the history of the site. Nearby Netley Abbey and Netley Castle add to the historical interest in the area. 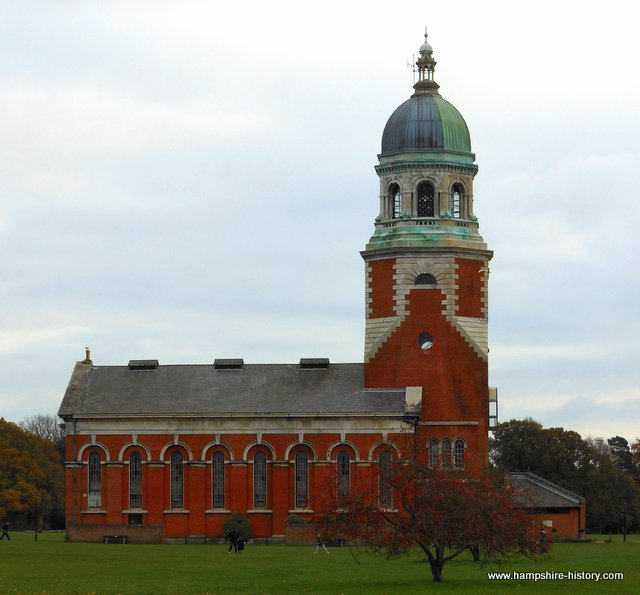