The C15th church of St John the Baptist stands sentinel over the graves of five Napoleonic soldiers, who had been captured and brought to Alresford as prisoners of war. One of them was a woman, Marie Louise Fournier, wife of Captain Francois Bertet of the Imperial Corps.

The French army did not discourage women from accompanying their lovers and husbands into war. Some found their way onto the battlefield itself and were found uniform wearing jackets and trousers. There are no figures for the number of women that followed their man into battle and beyond but here in Alresford lies the body of Marie, wife of a French Captain. 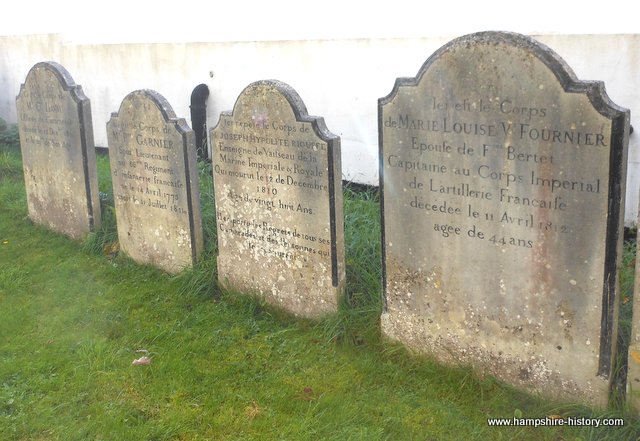 The five graves cover a time period from July 1810 to April 1812. Alresford was one of eleven parole towns in Hampshire and as such received many French visitors. There was not a single prison where these French prisoners were held. They were billeted around the town at what was considered suitable housing. They were allowed certain freedoms but their movements were restricted. They could not venture more than a mile from the centre of town, nor could they go out after dark. Local residents were rewarded for informing upon the prisoners should they break their restrictive conditions. It was in the interests of the prisoners not to break their parole as the alternative was to be incarcerated on the prison hulks that lay in Portsmouth Harbour.

The graves remember these Napoleonic soldiers and one wife; 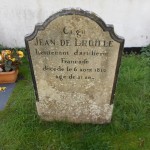 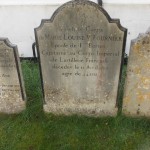 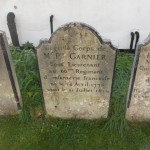 French prisoners had been brought to Alresford from the start of the  C18th. It is quite likely that they were brought up from the transit prison at Porchester Castle. The parish registers record the burials of other prisoners, not all of them Napoleonic soldiers;

At first the French prisoners were unpopular with the local people. This attitude changed when a fire broke out in the town and the French worked hard alongside the locals to extinguish it.

Napoleonic soldiers lucky enough to be of officer rank, received 1s 6d a day from the French directorship. This was supposed to be enough to feed and clothe them and provide lodging.

In some cases they became part of the community earning extra money where they could. In some instances they gave French lessons, in others they made goods which they were allowed to sell at the market.

The clock on the church tower is dated 1811 and is said to have been given by French prisoners on parole in the town, to thank the local population for the kindness they received during their imprisonment.

When, in 1871, the Commune de Paris drove out many respectable families from France, it is interesting to note that many came to Alresford. Perhaps they were descended from former prisoners and felt they would receive a warm welcome in the small market town of Alresford.