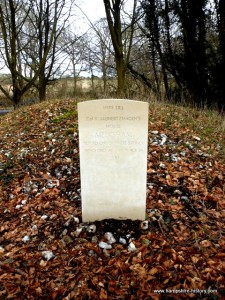 Colonel Meinertzhagen was a complex man. The result of an English public school system and an aristocratic family. He was from an early age surrounded by quite remarkable people. Huxley, Darwin and Herbert Spencer met at his home. His father was Daniel Meinertzhagen VI. Head of a merchant-bank dynasty with an international reputation, which was second only to the Rothschild’s banks. His mother was Georgina Potter, sister of Beatrice Webb, a co-founder of the London School of Economics and a formidable intellect.

He was born Richard Meinertzhagen, in 1878. From 1888, the family home was Mottisfont Abbey in the heart of the Test Valley. He attended Harrow School and his time over lapped with that of Winston Churchill.

He and his brother developed a huge interest in ornithology which became a lifelong passion. He rejected a banking career in favour of a military one and was commissioned in 1899. His career took him to India and Burma and eventually into Africa. All the time he managed to work his passion for things scientific, whether biological or geographical. He undertook wildlife studies and census studies as part of his military duties. There was however something of a dark side to Meinertzhagen. In 1906 he was sent home under a cloud from Kenya, having personally assassinated a spiritual leader and entourage who he had arranged a meeting with and then tried to cover it up.

He eventually was able to leave his desk job and return to his military travels but not before his horse Melksham fell and died at the Brockwood. It is said he buried it where it fell and then placed a great mound of flints over the top. The headstone remembers his much loved horse with a simple message;

The Headstone of Melksham reads

Buried under these stones

When WWI broke out he was sent as part of the British Indian Expeditionary Force where he worked as an intelligence officer in the Tanga Expeditionary Force in German East Africa. He is credited with many heroic deeds. It is said he discovered Von Lettow Vorbeck’s elaborate spy system, and built up an organization of intelligence scouts, both armed and unarmed, who it is said laid waste to Smut’s planned advance through unknown and un-mapped parts of Africa.

Richard Meinertzhagen is credited with being the brains behind a military ruse called the Haversack Ruse. It was made into a 1987 film called the Lighthorsemen but his actual involvement now seems to be dis-credited. He worked for Haig’s intelligence staff on the Western Front. Lloyd George remembered him as ‘one of the ablest and most successful brains I have met in any army’.

In ‘ The Seven Pillars of Wisdom ’ T. E. Lawrence described Richard Meinertzhagen as “ . . . a student of migrating birds drifted into soldiering . . . an idealist of the deepest . . . a strategist, a geographer, and a silent laughing masterful man ” with “ . . . an  immensely powerful body and a savage brain ”

In the Second World War he briefly resumed  intelligence work at the War Office and he also went in a small boat to assist in the evacuation from Dunkirk in 1940, when he was again wounded.

Ornithology became his great and all absorbing passion and he wrote extensively and brilliantly on the subject. His work  extended into the study of mammals as well, where he discovered two new types of antelope. So the love of a horse has revealed this intriguing piece of history in Hampshire of a quite brilliant and brave man.