The church of St Mary at Michelmersh is home to an unusual 13th century font.

The font dates from the mid 13th century and is heavily carved purbeck stone, with a sculptured face at each corner, staring down towards the floor. The faces are linked with fleur-de-lys. The tub itself is square, resting on a single circular stem, which in turn rests upon a plinth.

The people carved on the Michelmersh font

The more I looked the less I could convince myself of the gender of the intriguing faces carved on the corners of the font. The faces appear full lipped with wide almond eyes. Two if not three of the faces appear to be female. The fourth has heavy brows over the eyes and is most definitely male. The high forehead of one suggests a female but the head dresses are difficult to place, if the font does indeed depict 13th century females. Any thoughts on this will of course, be most warmly received. 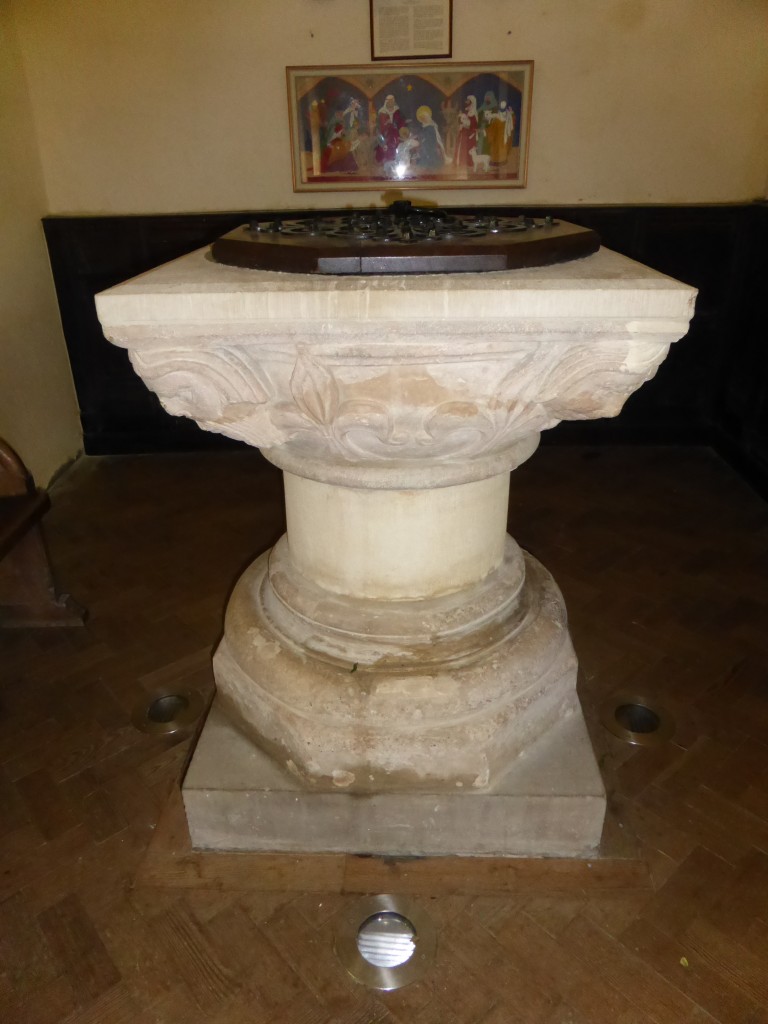 Michelmersh font was here when the soldiers were camping in the fields around the church, preparing for the Battle of Agincourt. 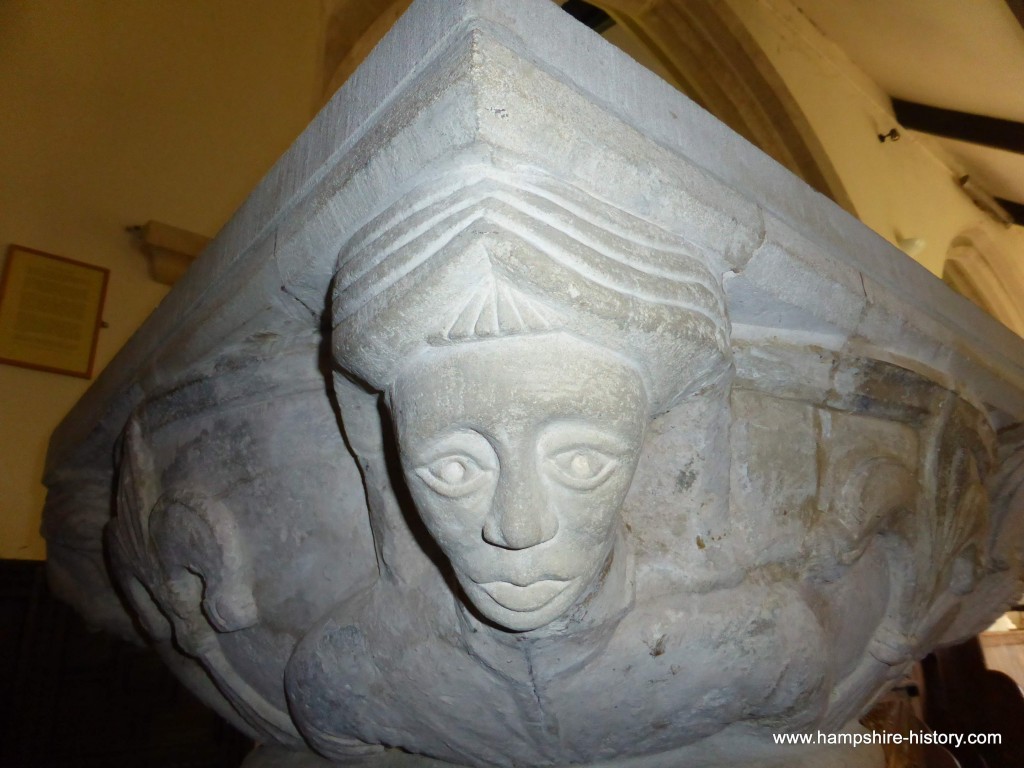 The only male face on Michelmersh Font? 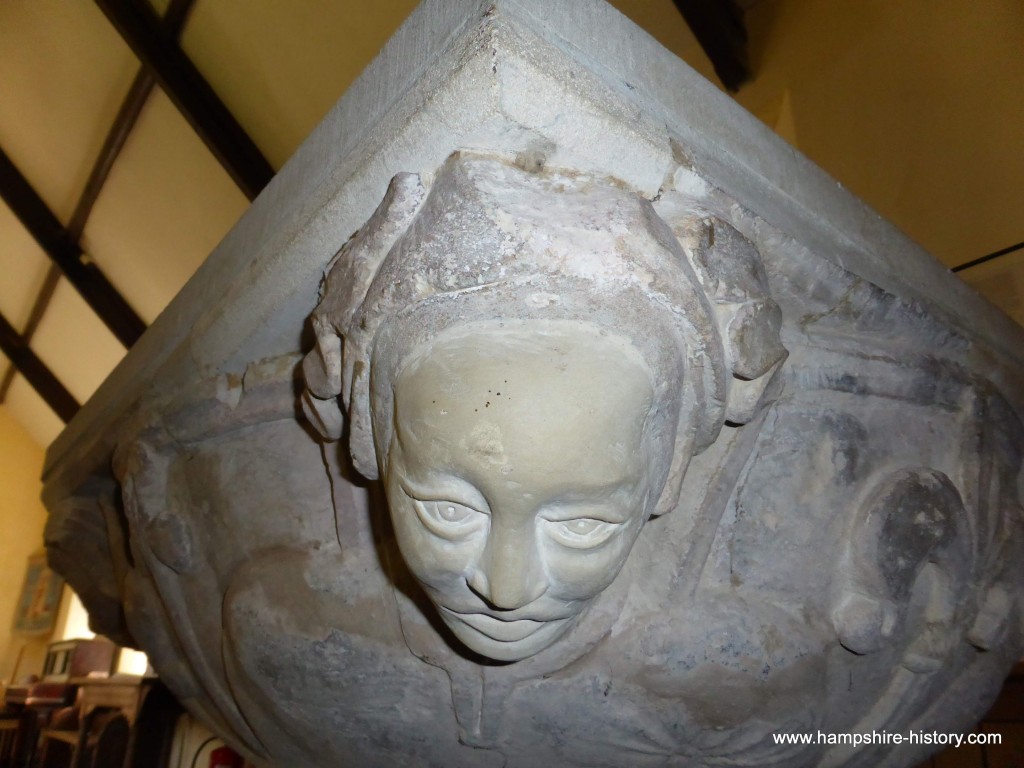 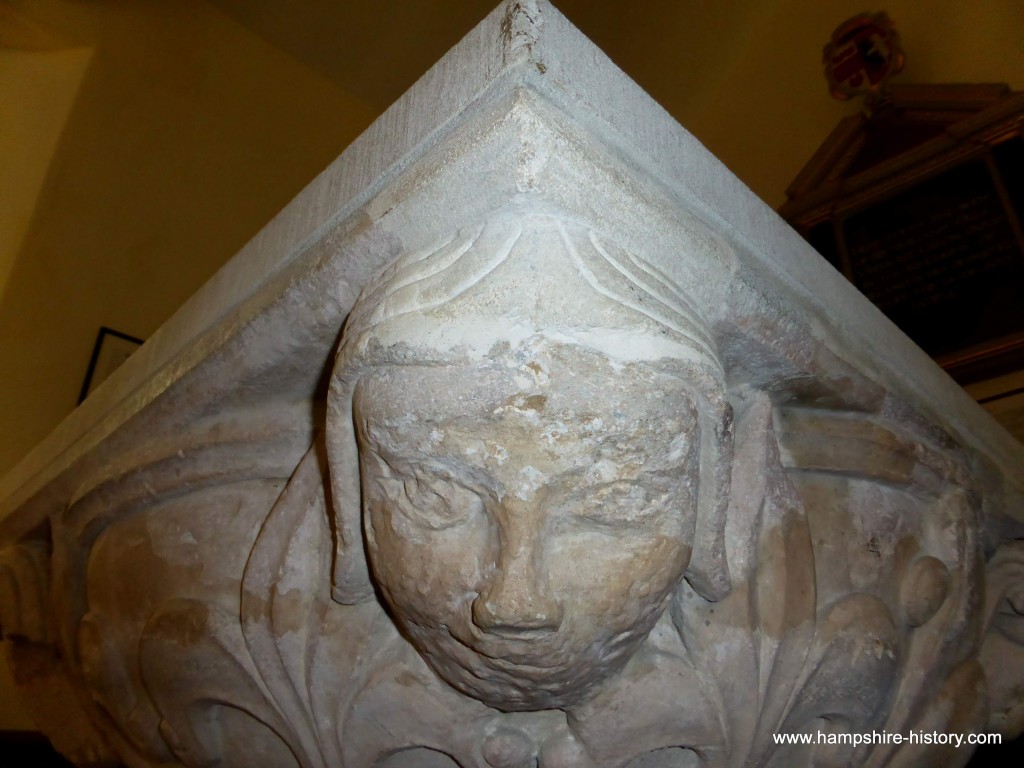