Blackmoor church St Matthews. Designed in 1868 by one of the greatest Victorian architects, Alfred Waterhouse 1830 – 1905. His style of Victorian Gothic Revival Architecture, produced masterpieces such as the beautifully designed Natural History Museum in London (whose terracotta work was created in Hampshire at Bishop’s Waltham).  His style varied and he was influenced by the people around him, such as Ruskin. He was also responsible for the design of St Mary’s church in Twyford. Waterhouse was asked to design the church for Sir Roundell Palmer, Earl of Selborne. Waterhouse also designed nearby Blackmoor House. 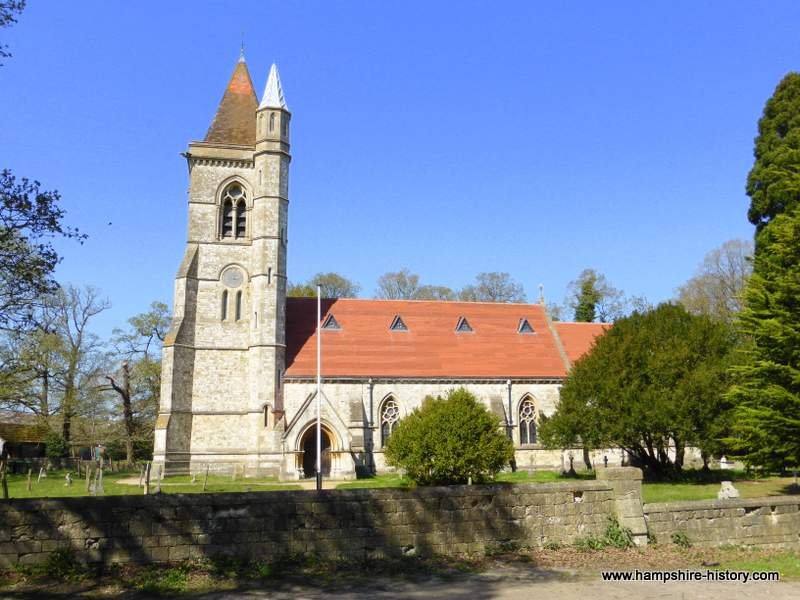 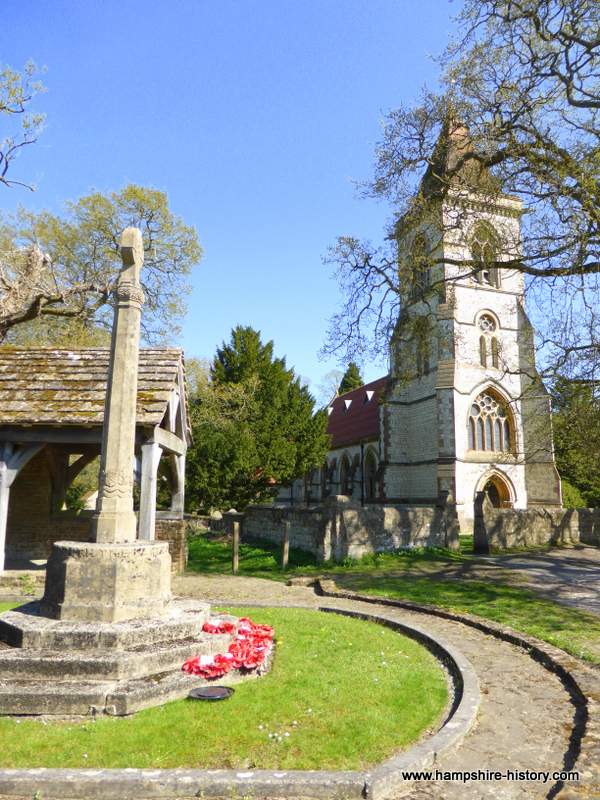 The influence of people like Ruskin and Morris can be seen in the glorious stained glass windows, the grey, mauve and taupe colours and strong beguiling faces. The faces familiar in other stained glass of the period, such as the work of Burne – Jones in Winchester Cathedral. 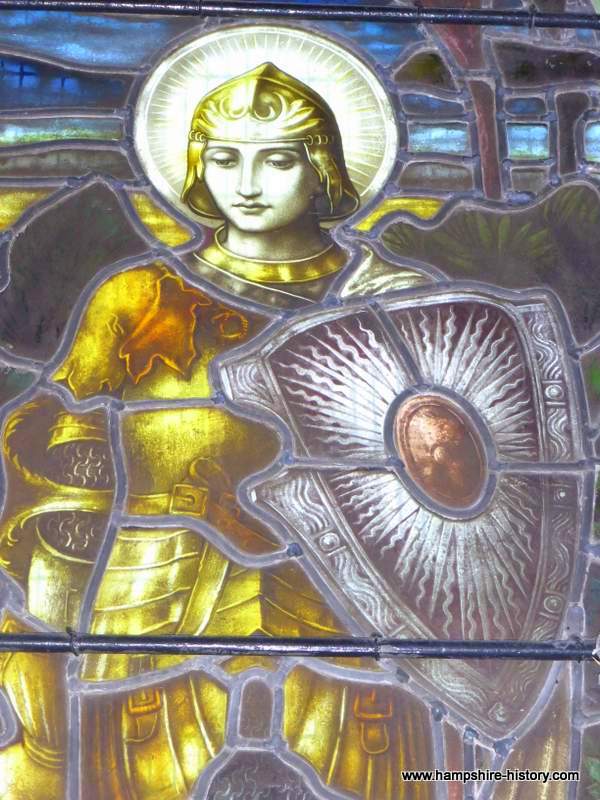 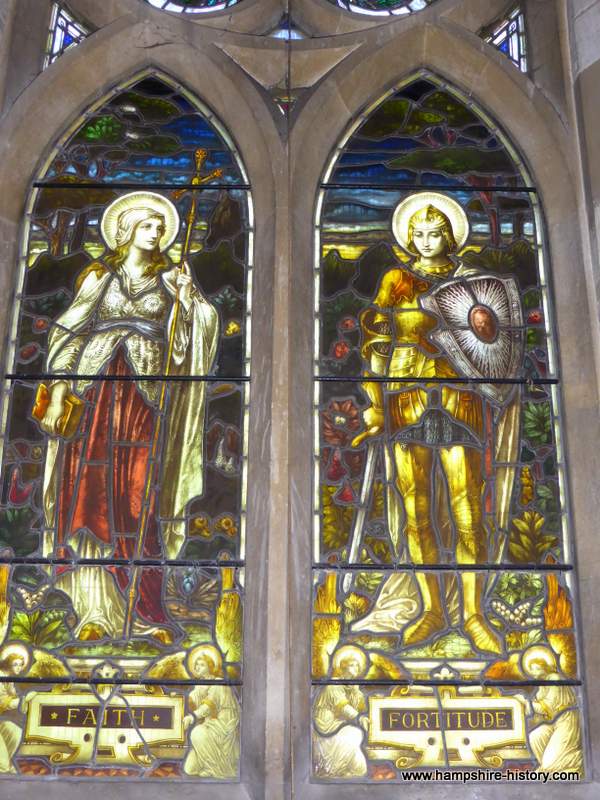 Faith and Fortitude in Blackmoor Church. 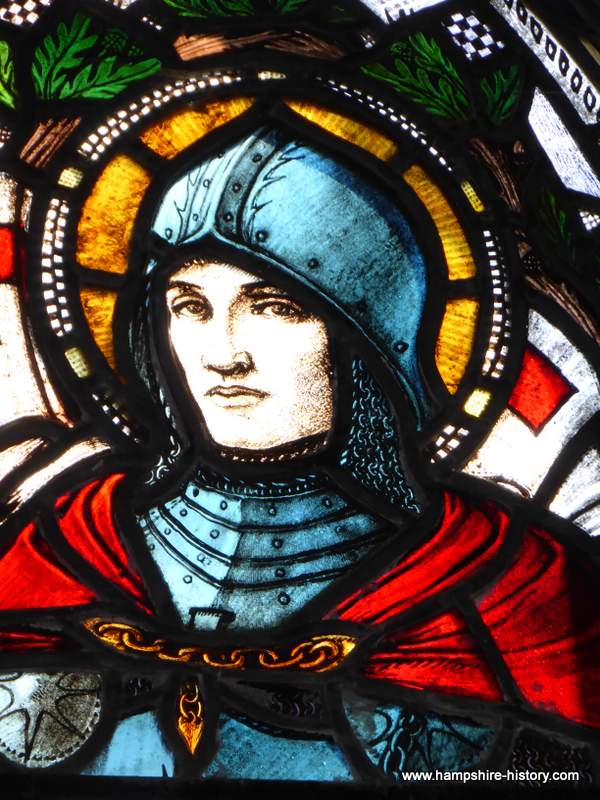 Alongside this beautifully graceful church of St Matthew’s Blackmoor, is a War Memoral Cloister, designed by Sir Herbert Baker. It was built in memory of Robert Stafford Arthur Palmer by his parents.