Langstone Mill sits on the edge of Chichester Harbour, where the waters between Langstone Harbour to the west and Chichester to the east mingle and a thousand years of industry and activity have given way to a beautiful bird and nature reserve.

The harbours of Langstone and Chichester wrap themselves around Hayling Island, with Portsea Island to the west and Thorney Island to the east, both of them, areas of considerable historical activity. The shallow, sheltered harbour is a flooded river valley peppered with channels and islands and perfect for bird watching, two thirds of the harbour is now an RSPB nature reserve but the harbour was once a thriving commercial area, evidenced by the beautiful old mill.

There is a super Harbour map available on the Langstone Harbour Board website. 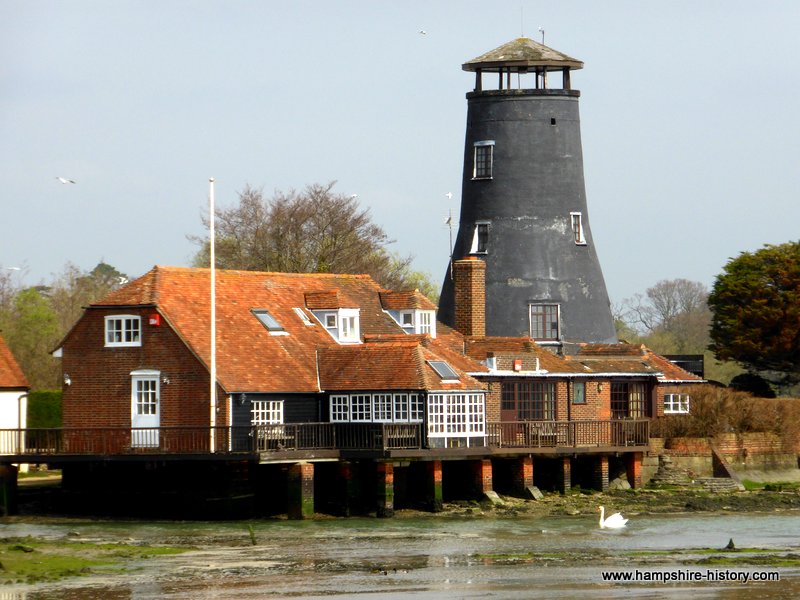 The old mill, now a private residence, was a working mill until WWI. It is made up of three distinct parts, the mill itself built across a creek, built in 1800 – 1832, the mill store, built in 1800 – 1832 on brick piers and the oldest part, an attached windmill, built in 1720 – 1740.  Barges could be brought up to the mill for transporting the milled goods away around the coast.

The mill operated two ten foot wheels, one set higher than the other to make full use of the stream feed and the tide, which was kept behind tide gates.

The black windmill is a distinctive feature of the landscape, its tarred outer skin resilient to the full force of the coastal weather.

The Harbour through the centuries

The sheltered harbour made it an ideal location for salt production and in the time of Domesday the area is described as having three salterns. The shallow waters made it possible to extract salt easily after each tide. Shellfish also proliferated and oysters, winkles, clams and cockles were farmed from the early C19th until the mid C20th. Goods from the nearby settlement of Havant were transported by boat around the coast, in particular the high quality parchment produced in the town which in turn took advantage of the salt being gathered close by to cure the hides.

The neighbouring island of Hayling and its large priory, meant goods were regularly traded across the harbour and gave work to the settlements of Warblington and Langstone. 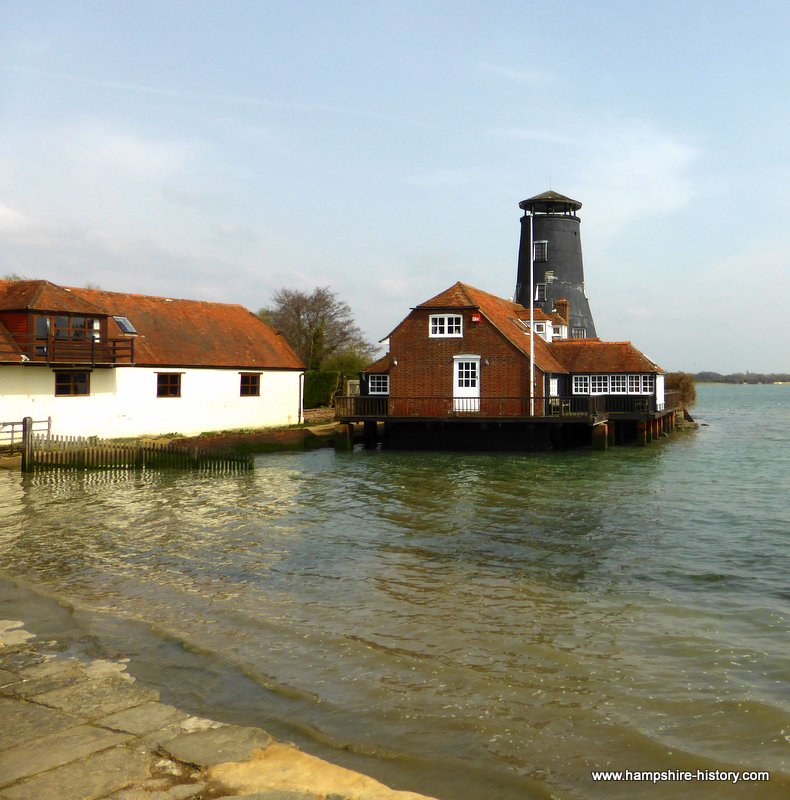 Walk on past the mill and along the coast to arrive at the ancient church of St Thomas a Beckett at Warblington and the rather wonderful Warblington Castle with its attendant Medieval dramas.

Continue south, over the bridge and travel into a very ancient landscape that of Hayling Island. Visit its churches and ponder on the site of the former priory.