The Link between Hampshire and New Hampshire

April 3, 2014 / HLB / Comments Off on The Link between Hampshire and New Hampshire

Looking for clues that link Hampshire and New Hampshire, a good place to start is in Portsmouth Cathedral, a stones throw away from the Sally Port.

There are many monuments to explore in Portsmouth’s beautiful sea faring cathedral but of special interest is the one that is dedicated to John Mason. John Mason is the man who, in the C17th linked Hampshire in England to land in America that became New Hampshire. 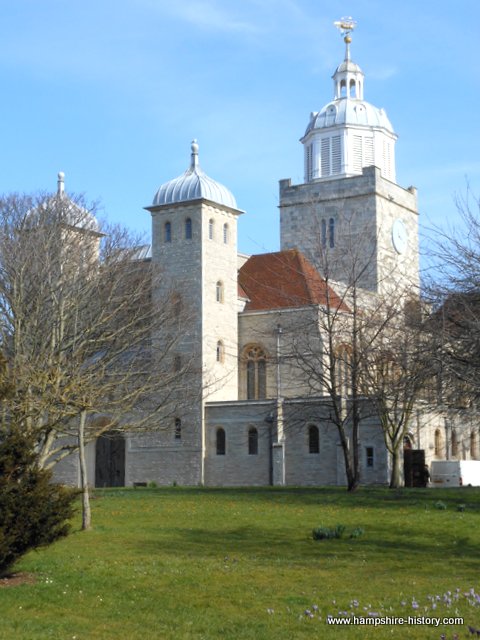 Born in Norfolk in 1586, little is known about the early years of John Mason’s life but he appears in 1602 as having matriculated form Magdalen College Oxford and being of ‘Southants’ of which Portsmouth was part and it is thought that the family were living in Portsmouth at this time. An excellent account of him can be found in the People of Portsmouth.

He was a man of commerce and exploration, a heady mix for a young man. He was appointed by King James I to become governor of Newfoundland, the role having been relinquished by John Guy of Bristol. Mason quickly set about exploring and surveying the region and produced the first detailed map and written account of the area ‘A Brief Discourse of the New Foundland’.

In the spring of 1621 John Mason returned to England where his advice was sort about the proposed settlement of Nova Scotia and other issues in America. In 1621 he was given a patent for all the land lying between the Nahumheik and Merrimack rivers. He appears to have sailed in the following year in the capacity of deputy-governor, and built a stone house at New Plymouth.

1624 he returned to England, war between England and Spain looked imminent and his many skills both in leadership and strategy would have been very useful to King and country. He and his family lived in Portsmouth, it is thought, in the house, where the unfortunate Duke of Buckingham was later murdered. During this period Mason was appointed treasurer and paymaster of the English Army. He was known to be a confident and charismatic leader of men. 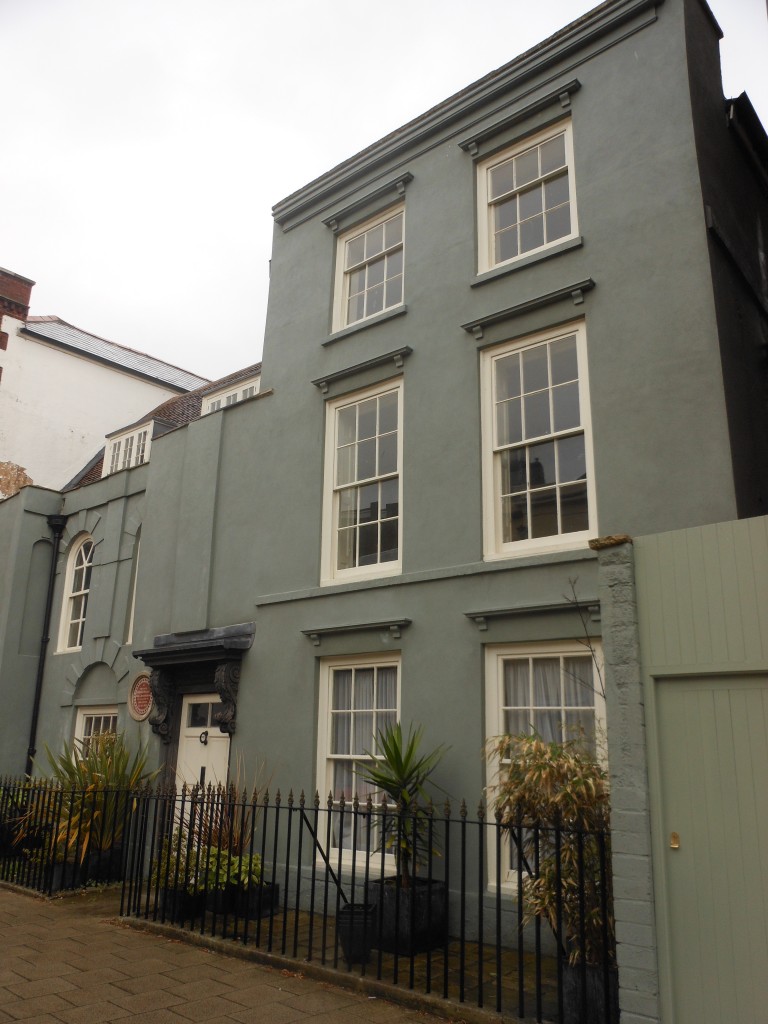 The house in Portsmouth where John mason lived

In 1629 John Mason set out once more for New England, with patents for lands on the Iroquois lakes. He and eight other traders set up the Laconia Company, with the intention of forming a permanent agricultural settlement. All manner of goods including cattle and church furniture  were sent to New England. By 1631 more merchants had joined Mason and were rewarded with a new grant, of a tract of land on the Piscataqua river. The association between these two groups was a prosperous one and a constant flow of new settlers grew the area quickly, the area was called New Hampshire, after John Mason’s home county of Hampshire England.

The Death of John Mason

Mason returned to England early in 1634, and was appointed captain of Southsea Castle and inspector of the forts and castles on the south coast. He continued his links with New Hampshire, he was a man who completely had a foot in each Hampshire, New and old. In 1635 he was honoured by his nomination as first ‘vice-admiral of New England’ under his friend and colleague, Sir Ferdinando Gorgeshe but before he could revisit the plantations, he was taken ill and died early in December 1635. He remembered New England in his will, leaving a thousand acres of land towards the maintenance of a church and another thousand for a school. Such was the respect for this man that he received the honour of being buried at Westminster Abbey.

John Mason is remembered in Portsmouth, where this man of Norfolk became without doubt a Hampshire man on both sides of the Atlantic Ocean. 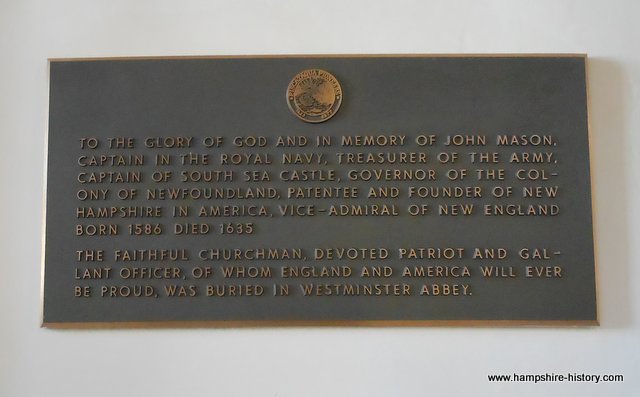