Hayling Priory, an enigmatic community whose history is still yet to be fully understood 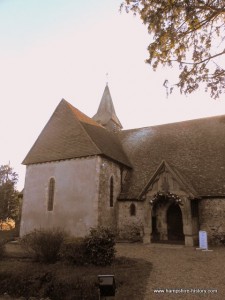 Hayling Priory nestled close to the southern shores of England on Hayling Island. It’s original site though remains a mystery. The priory’s existence is not disputed but it’s exact position has a puzzle to both scholars and mapmakers for centuries.

However it’s not just the site of Hayling Priory that is a mystery, it’s origins and history are just as convoluted. The Abbey of St Peter and St Mary is thought to have been founded circa 650AD by monks of St Swithun’s Winchester. In time they are thought to have been granted the manor, as a gift from Queen Emma, wife of King Cnut.

This was a large abbey, with three churches, one being described as cathedral like in proportions. There were thought to be nine hundred monks and one thousand five hundred lay preachers, with all their attendant buildings. A large and probably influential abbey.

All was to change however with the arrival of the Normans.

Just before the Norman conquest, Queen Edith, wife of Edward the Confessor, held the land. By the time of Domesday, a switch in the ownership had taken place and half of the island had been assigned to the Abbey of Jumièges.

This link between England and the Abbey of Jumièges was important in Norman Hampshire.

The Abbey of Jumieges, enjoyed the patronage of the Dukes of Normandy. It was a very important centre for scholastic study and religion and books written here, influenced the rise of the Dukes of Normandy as they asserted their claim to the English throne. During the reign of Edward the Confessor, one of it’s abbots, Abbot Robert, became Bishop of London in 1044 and Archbishop of Canterbury in 1051.

The fate of the land changed during the bishopric of Henry of Blois. All rights to the manor of South Hayling were given over in favour of the French abbey.

Hayling Island continued to provide a good income for hundreds of years for the monks and the priory they established in the C12th. The goods were mainly transported back to the abbey in Normandy. It had been a wealthy and prosperous establishment but it’s good fortune was drawing to an end.

During Plantagenet rule, Edward I put a halt on the relationship between the  ‘alien’ priories who were supplying the French abbeys. As war with France unraveled, the strains on the abbey began to increase. Goods were seized and the priory struggled to thrive.

The low lying island was also subject to rising sea levels and storms. During the early part of the C14th the sea had swamped some western parts of the island, the land was either lost altogether or  the land ruined by salt water. 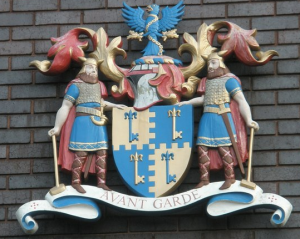 The heyday of the Hayling Priory had reached it’s zenith. In 1414, Henry V granted Hayling to the Abbey of Sheen and the four hundred year connection between Hayling Island and the Abbey of Jumièges was at an end.

Hayling Island is part of the Borough of Havant and although no vestiges of the priory is left to be seen on the island, the coat of Arms of Havant Borough includes the keys borne on the Arms of the monks of Jumièges.