Itchen Abbas church of St John the Baptist, is a fine Victorian building that hides a much earlier church

Alas the old church placed a great burden on the parish as its ancient walls and tower fell into decay and became unsafe. The church has some architectural remains that suggest it was built in the Norman period but may itself have replaced an earlier Saxon church. The manor was held from the late Saxon period to the Dissolution by the Benedictine Abbey Nunnaminster founded by King Aldred the Great’s wife, Ealhswith. Eight hundred years later it was, ‘in need of renovation’ and it was a joyous village of 400 souls who sat down to luncheon on May 30th 1863 when the newly built church was consecrated by the Bishop of Winchester. The graveyard contains the headstone for John Hughes, a gypsy executed for horse theft. 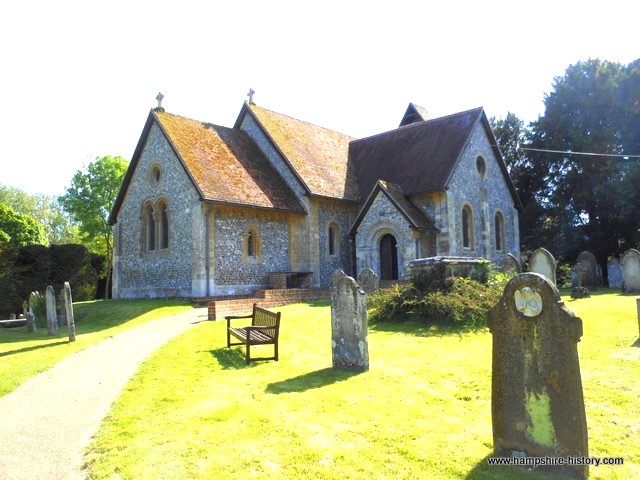