The iconic Landport Gate in Portsmouth

This gate maybe attributed to a design by Nicholas Hawksmoor, it is the Landport gate that formed part of the old Portsmouth defences. Thae “Land Port” gate still stands as the gateway to the dockyard and it was named thus and then attributed to the surrounding area around 1831, although the gate was built in 1760.

Earlier the area had been known as Halfway Houses according to Portsmouth Corporation’s archive records.This reference related to houses that literally were halfway between Portsea (Port Sea side) and St Mary’s Church. 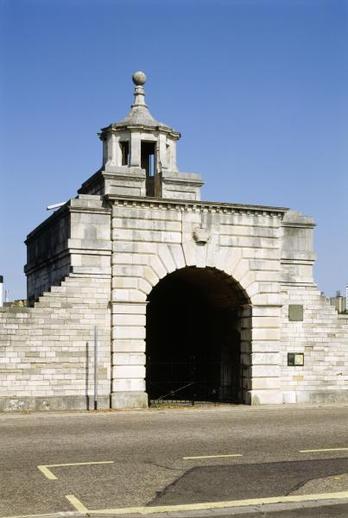