In Winchester Cathedral stands the impressive chantry chapel to Bishop Richard Fox who became Bishop of Winchester in the Tudor period in 1501, after a rather exciting time fighting alongside Henry Tudor at the Battle of Bosworth. Easy to pass him by as just another bishop but Fox was a gigantic politician and diplomat of his day.

But who was the man Richard Fox who comes to lie in Winchester, his effigy lit up by sun streaming in through the southerly windows? 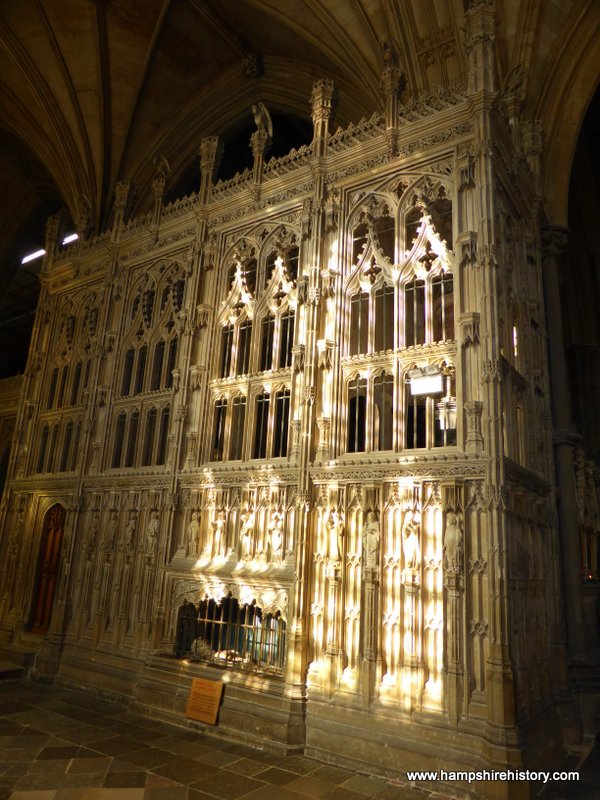 He was born in Grantham in 1448, not of high birth but he must have been a bright scholar because it is thought he attended Magdalen College Oxford and thence Cambridge. His early life is however a little obscure but he re-surfaces in Paris, a supporter of the Earl of Richmond, Henry Tudor. Now Fox is already well considered at this point in time and there is a suggestion that he was in France because King Richard III had become irritated by his support for the Tudors. Fox traveled to England with Henry and was at his side at Bosworth, indeed it was he who wrote to the English nobility informing them that Henry was now their king.

Fox was rewarded highly by King Henry VII, giving a hint that Fox’s political career to date had been substantial. Henry made him his principal secretary and soon afterwards Lord Privy Seal and in 1487 Bishop of Exeter, then Bath and Wells. His main role though was as a political advisor and over time grew closer and closer tothe King. King Henry VII trusted few people, his claim to the throne was still fragile and he took over his rule keeping a tight hand on affairs of state. That he showed such trust in Fox is a measure of the man.

Henry made him Bishop of Durham, to watch over the northern barons, he was in Norham Castle when the pretender Perkin Warbeck sallied forth. He was a supreme diplomat and worked hard with the Scottish royal family securing the marriage between the Scottish king and Henry’s daughter Margaret. For Britain going forward, an incredibly important event as it will ultimately allow for the Union between England and Scotland. The initials R F on the chantry chapel

Fox comes to Winchester in 1501

Bishop Fox of Winchester now had to negotiate the marriage of Prince Arthur, Henry’s oldest son, to Catherine of Aragon.

This was amongst the last things he was to do for King Henry VII whose reign was a largely peaceful one we must conclude because of the efforts and skills of Bishop Fox. He worked with both Oxford and Cambridge Universities, elected Chancellor to Cambridge in 1500 and founding Corpus Christie Oxford. He was a shrewd operator and fiscally aware, he is credited with being the mastermind behind Henry’s completely merciless collection of taxes. Morton’s Fork, named after the then Archbishop of Canterbury should really be called Fox’s Fork, it was a scheme devised to take money from both the rich and poor, if a man were frugal, he must be saving money and could therefore afford to pay a tax. If he were bountiful, well of course he could afford to pay tax. There was no escape.

Fox seemed to continue as before, in fact under the young king, who was content to seek a life of pleasure and sport, he thrived, rising to dizzying heights in which he was called ‘alter Rex’ by some. He was the colleague of another Hampshire churchman, Archbishop Warham. When it came to the issue about Henry’s marriage to his dead brother’s wife Catherine, the two disagreed. Fox for the marriage, Warham against.

In the end that mattered little for the king had appointed Cardinal Wolsey as his almoner and his rise to power, is well known. Bishop Fox may have become a little weary of the political life, he seems to have been fairly accepting of Wolsey’s rise to power, side stepping issues that he found himself in opposition to. Holding the head of a king

Bishop Fox turned back to Winchester and what he saw as the monastic depravity, licence and corruption that he so deplored.

He set up Corpus Christie College at Oxford, which he had intended as a place to scholar monks from Winchester but this did not come about, instead the college became a place of great Renaissance learning and thinking, with early supporters being Erasmus.

Fox became blind in the last years of his life and he died on the 5th October 1528. 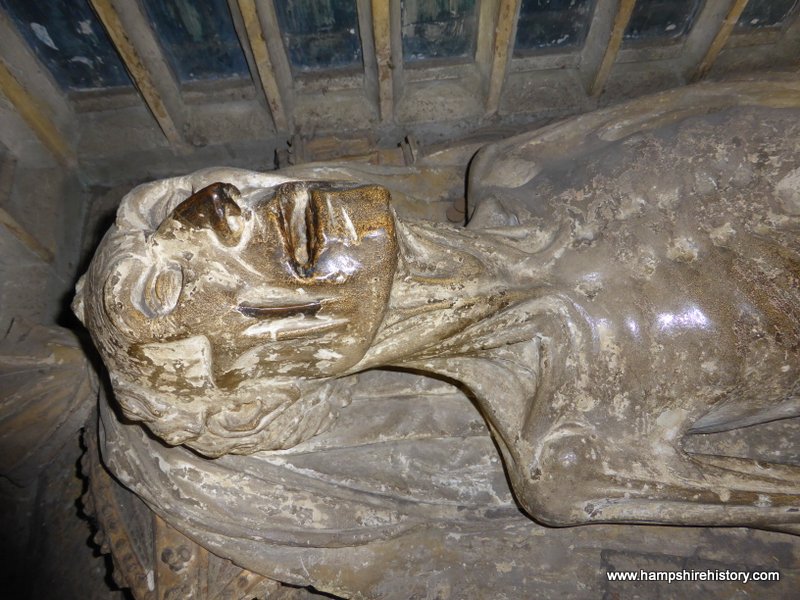