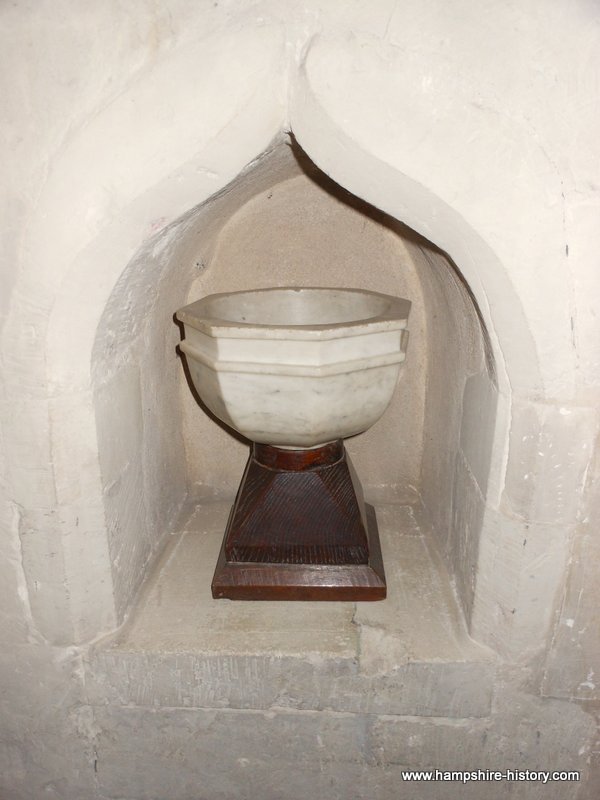 England in 1648 was a place of religious and political turmoil. The Presbyterian majority in the Long Parliament had attempted to reform the Church of England. In 1646 laws were passed which looked to enforce a Presbyterian Church structure for the national established Church of England. The old Prayer Book was replaced, celebration of Christmas and Easter was abolished, and a strict moral code was enforced. Artefacts  held to be tainted with ‘popery’ overtones were at risk of being destroyed or replaced. The early, possible Anglo Saxon font in the church of All Saints Crondall, was one such artefact. In 1648 Parson Humphrey Weaver replaced the great font that had served the parishioners of Crondall for five hundred plus years, with a small simple marble font. He paid £1 12s for the new font which now sits in a simple niche in the church. The old font however did not get destroyed and after the turmoil of the Commonwealth was brought back into use, where it remains today. The Puritan baptismal font Crondall therefore, plays a special part in our understanding of a particularly turbulent period of the history of England. 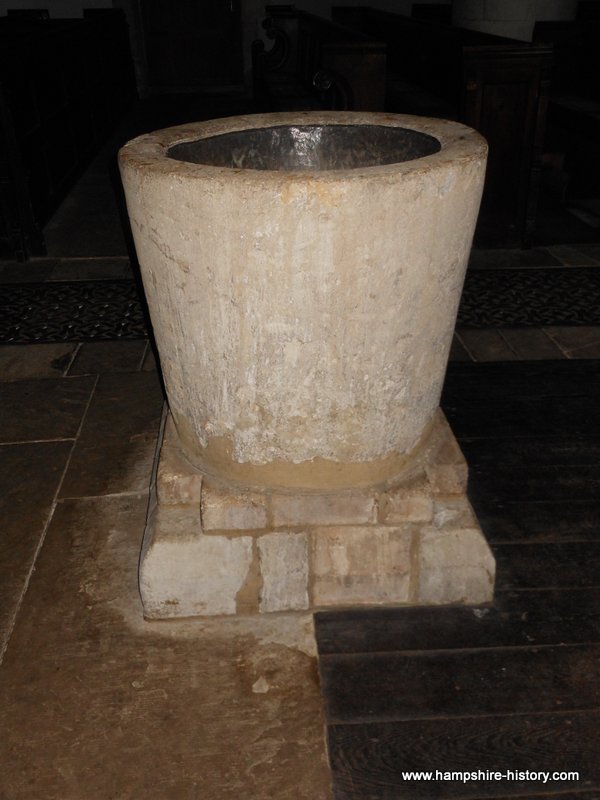 The old font is a slightly elongated tub shape, unadorned and thought to be late Anglo Saxon early Norman. To see other Hampshire fonts take a look at Hampshire Fonts more will be added weekly. See the font in which your ancestors were baptised and learn more about these important church artefacts.