Hampshire was once home to many windmills but only one, the Bursledon Windmill, is working.

The current windmill dates from 1813-14 and is built on the site of an earlier windmill. It is a five storey tower mill with a boat shaped cap. There are four common sails attached to a wooden windshaft. When it was re-built in 1813, some of the wooden machinery used in the earlier C18th mill was re-used.

The mill took grain from the local farms in the surrounding area and made flour, as well as that it also made animal feed from barley and oats.

New technology overtook the old wooden mill machinery though and it fell into decline towards the end of the C19th.

There have been several restoration attempts over the intervening years and through the dedication of a lot of volunteers and money from charitable organisations, the mill has been kept working and along with barns and a grain store is now a tourist attraction. 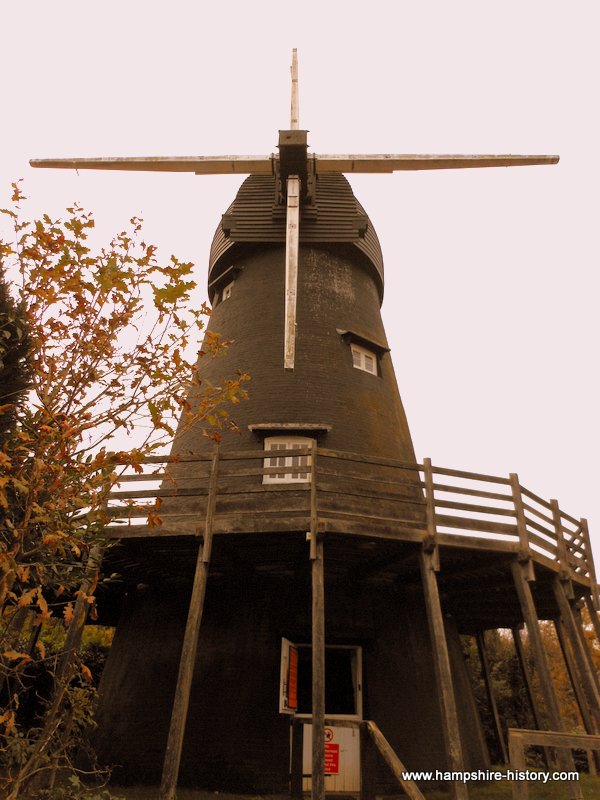