Little is known about the role of Anglo Saxon women in England and few of them can be named. It is therefore very interesting to find in the Hampshire church of All Hallows Whitchurch, a monument to an Anglo Saxon women called Frithburga. The stone is a fragment of a grave cover and stands just over 55cm high, is about 27cm thick at the base and 17cm at the top. 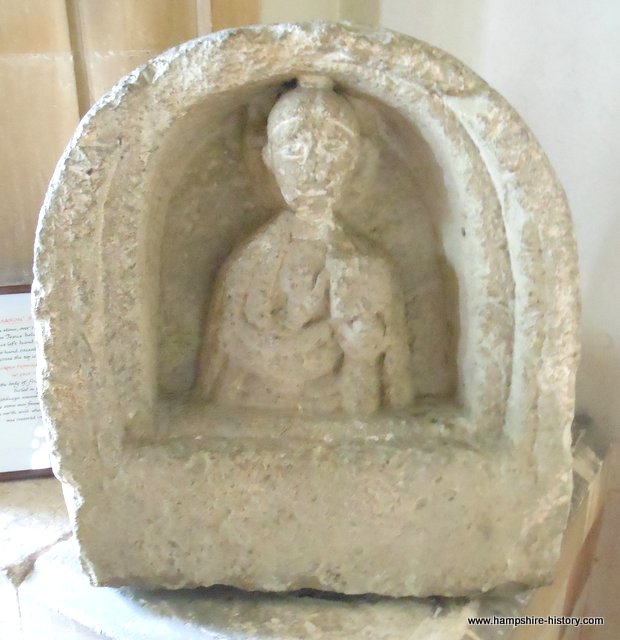 The stone itself was found lodged in the walls of the Norman church, which, presumably replaced an earlier Saxon church. The stone is sculptured with what is thought to be the head and upper body of Christ, holding a book in one hand with his other hand raised giving a blessing. The head of Christ is surrounded by a large halo and he is wearing a cloak. An inscription wraps around the semi-circular top, which says:

‘Here lies the body of Frithburga, buried in peace’ 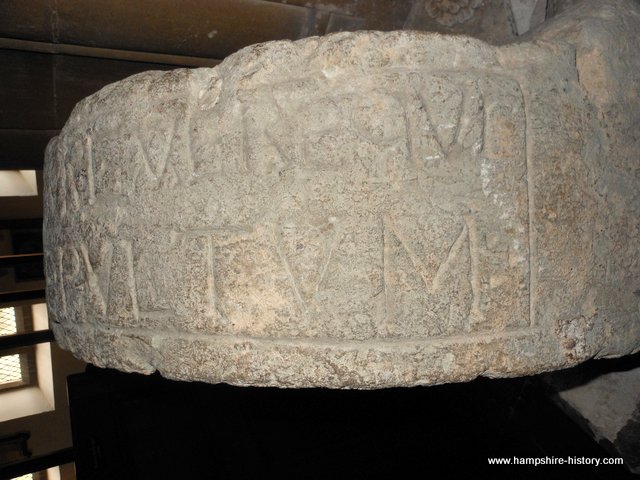 It is thought that the monument is at least a thousand years old, maybe even older. It is a commanding monumental piece and so one assumes that Frithburga was a lady of some  importance in the community. Her name means Pledge of Peace.

Who this Anglo Saxon women was is uncertain, some have suggested she was a nun from Wherwell Abbey but why would her grave be at Whitchurch? Whoever she was her name and her grave cover mark her out as someone special. It seems that after the cover was discovered in the late C19th, that it was used as a step for a bell ringer to stand upon. By placing the stone in the wall, either intentionally in reverence or simply as available building stone, the Normans possibly halted any further decay.

Explore other Anglo Saxon artifacts at the British Museum