The Anglo Saxon Rood Breamore is a beautiful and moving piece

Upon entering the porch of St Mary’s church Breamore in Hampshire, it is difficult to move on past the beautiful Anglo Saxon rood screen crowning what would have been a tall open archway, that would have opened into the nave of the church. 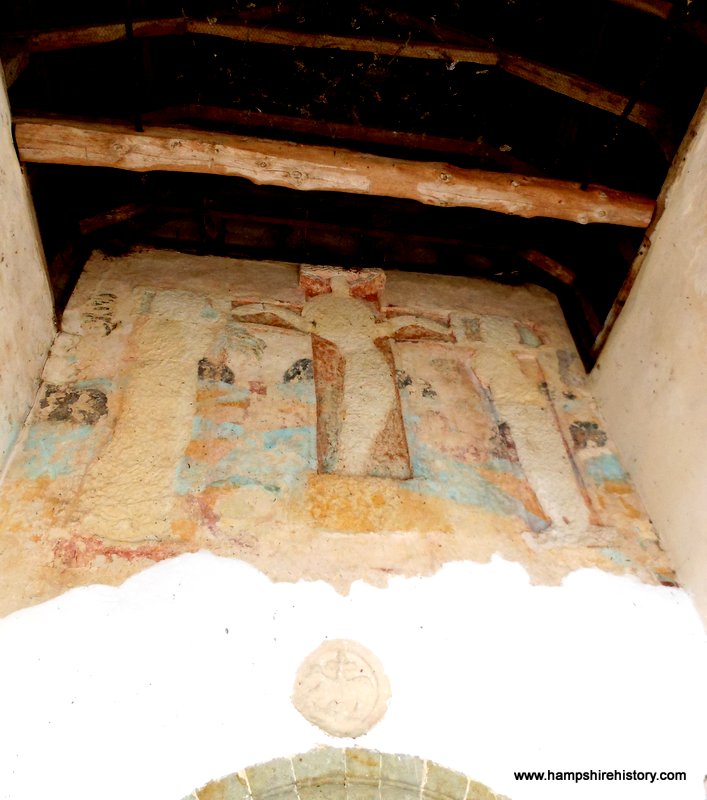 Even now it appears brightly coloured within the later added Norman porch.
The word rood is derived from the Saxon word rood or rode, meaning “cross”. In this early instance, the rood is a painting above an arch but in later Medieval examples the rood screen, was surmounted by the Rood itself, a large figure of the crucified Christ. Commonly, to either side of the Rood, there stood supporting statues of saints, normally Mary and St John. In this case the figure of Christ on the cross is plainly visible.

Despite it being defaced during the Medieval period, see the C16th wall paintings to the side, the integrity of the Saxon rood is plain to see and just to think, painted nearly a thousand years ago, it has served to welcome people into the church on a daily basis, magnificent.

There are other Roods worth visiting in Romsey Abbey.