What is a Hampshire Hog?

What is a Hampshire Hog?

People of Hampshire have had the pleasure  of being referred to as  ‘Hampshire Hogs’, from the late 18th century. Hampshire being the home for hundreds of years of wild boar, that could be found foraging in the undergrowth of vast tracks of forests throughout the county. 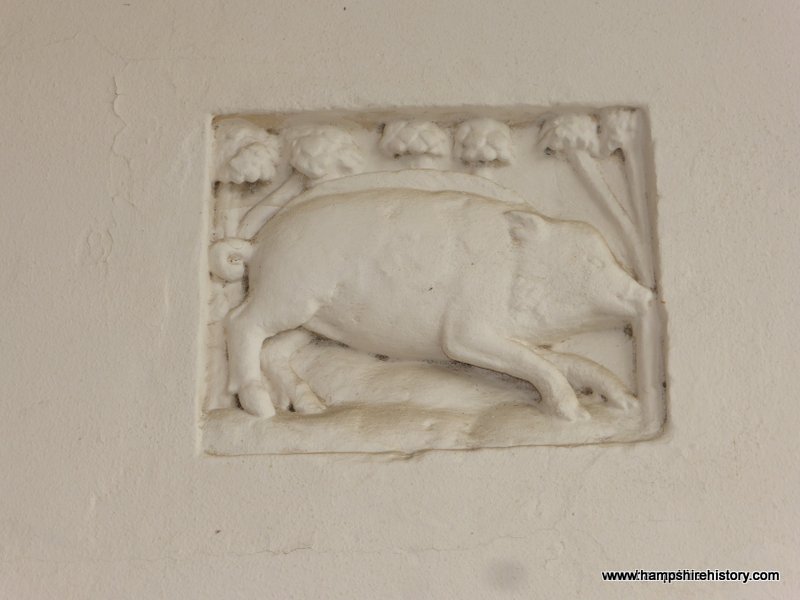 A hampshire Hog at Bramshill

King William I, William Rufus, was mortally wounded whilst out in the New Forest, hunting wild deer and boar, nine hundred years ago.

Some of these wild boar would have been domesticated and it thought that they gave rise to the pig known as the Hampshire Pig or Hog and the Wessex Saddleback which looks like the Hampshire Pig but has floppy ears. Both are black with a white saddle or forequarters.

Hampshire hogs are now widely established including America where it was imported during the early 1800’s. 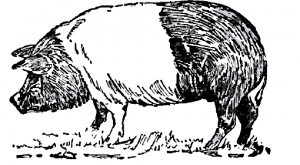 Some say when the famous Smithfield Ham was established, their products were made using only Hampshire hogs.

Hampshire County Council commissioned the bronze Hampshire hog that stands in front of its Winchester offices to mark its centenary, 1889 -1989.