The Tournai fonts of Hampshire represent a desire in Norman times to build magnificent churches and adorn them with splendid decorations and the Tournai fonts from Flanders were credited with being the most splendidly carved fonts in Northern Europe.

The font is thought to have been made between 1150-1200AD.  The font itself is very is well preserved, consisting of a square basin standing on a central pillar, the base and the central pillar are thought to be original. The four outside pillars, supporting the corners of the bowl are made of Purbeck marble and are not original. On each side of the bowl are three circular medallions and in eleven of these medallions are carvings representing fearsome beasts heads turned, bearing their teeth. On one other medallion is the representation of a man. 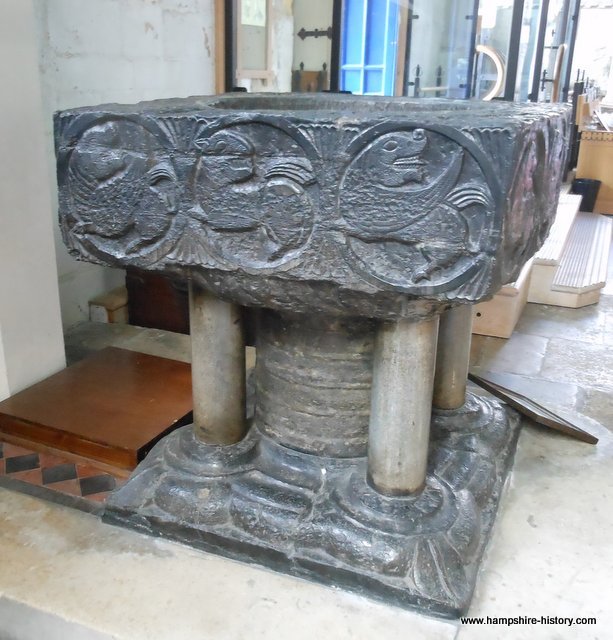 The font in St Michael’s Southampton

Fonts are often the earliest artefacts in a church and carry a huge symbolism within a community. We are collecting images of Hampshire fonts and adding as much detail as possible about these old artefacts. See also other Tournai fonts in Hampshire.