When you step inside the church of St Andrew’s in Tichborne, there is an immediate sense that something a bit different is going on. The ancient box pews take your eye and then looking a little bit like one of the chantry chapels you find inside cathedrals is the Tichborne family chapel. 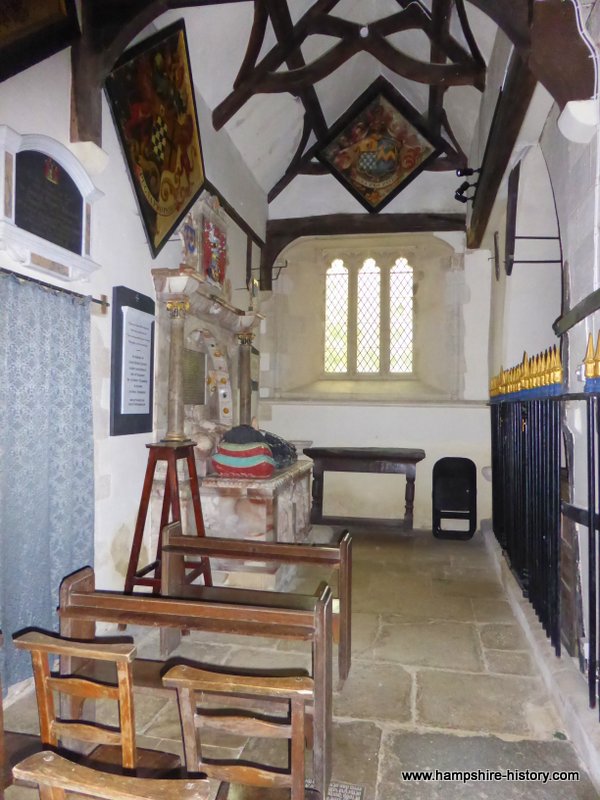 The chapel is a rare Roman Catholic chapel inside a pre-Reformation church. Its survival is incredible and there are only another two in England. 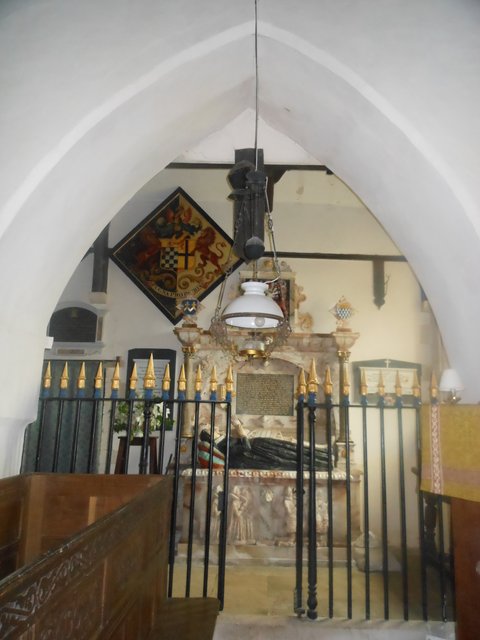 Who are the Tichborne family, that their Roman Catholic chapel survived the anti Popish blows of the Reformation?

There is much to be written about the Tichborne family which must rank amongst the great families of Hampshire. They can claim a heritage that is documented as far back as the C12th. All through the Reformation, the Tichborne family clung to their Roman Catholic faith. So did many others and were persecuted for it. Any hint of Catholicism in parish churches was removed and that is why the Tichborne Family Chapel is an extraordinary thing.

To survive the Reformation, the family must have been in high favour with their monarch. Sir Benjamin Tichborne, High Sheriff of Hampshire 1579 – 1580 showed great loyalty to his monarchs and was granted a concession in 1621 by King James I, in appreciation of Sir Benjamin’s help in securing Hampshire for the king at his accession in 1603. 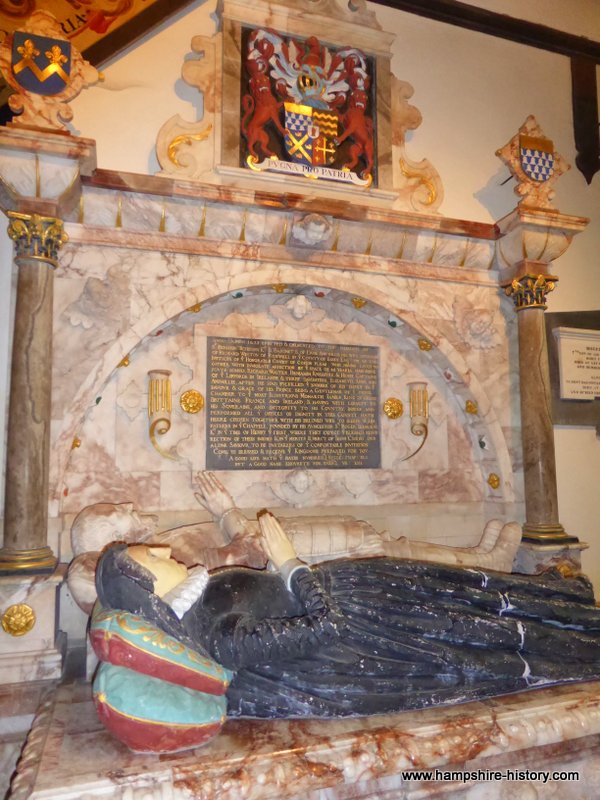 Memorial to Sir Benjamin Tichborne and his wife Amphillis 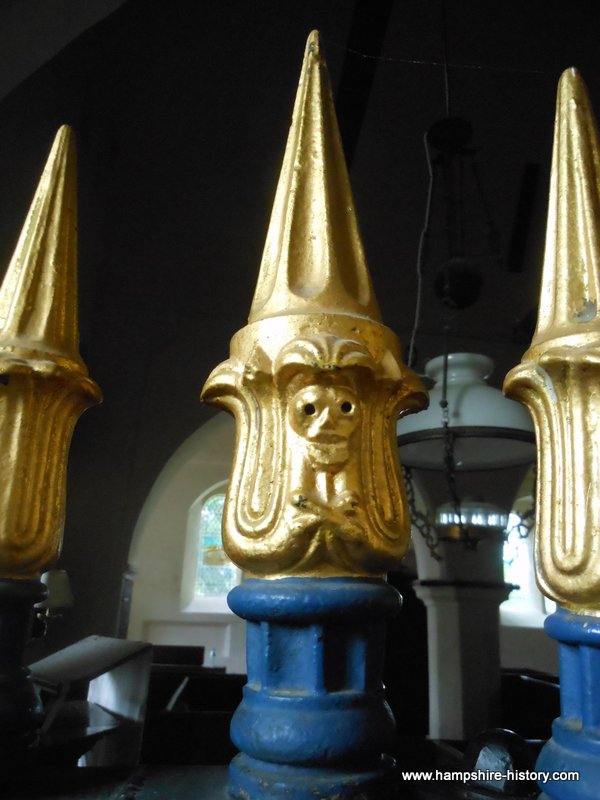 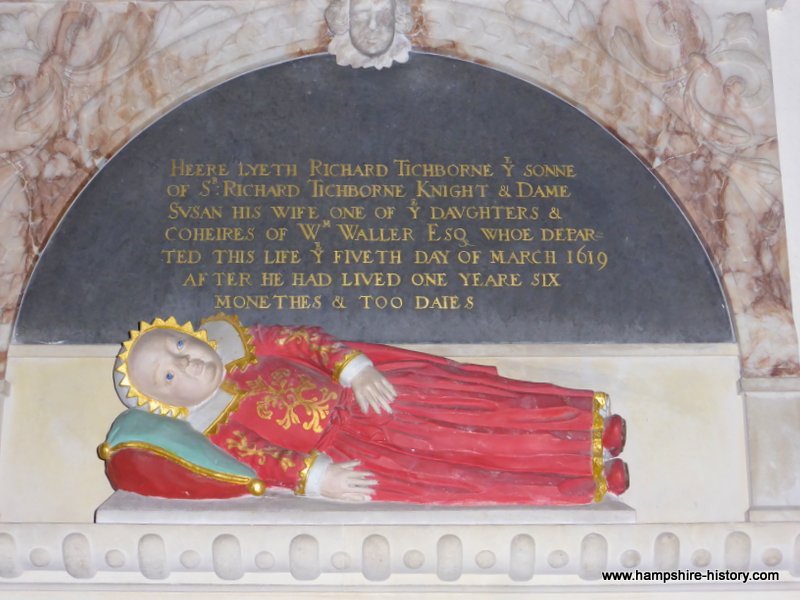 Sad memorial to a drowned child 1619 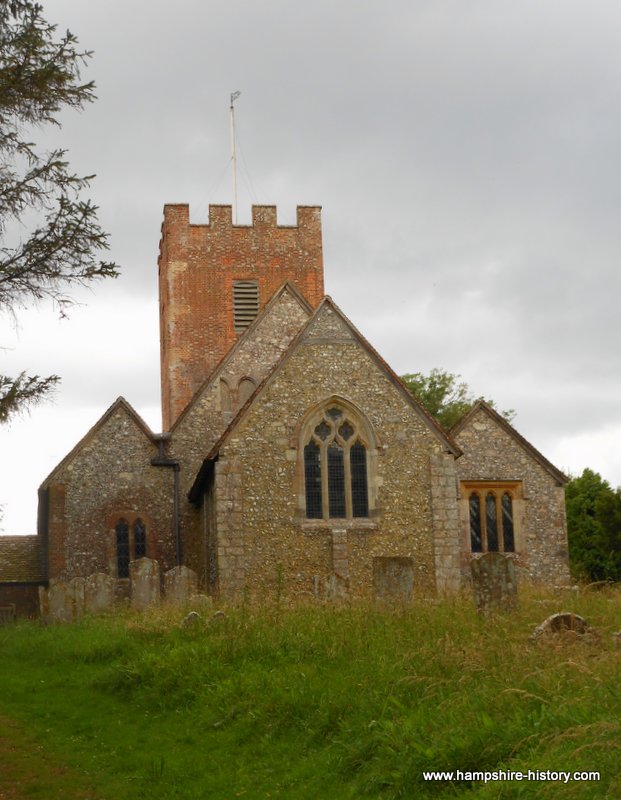