A peninsula of land juts out into the waters of Portsmouth Harbour and on it sits the magnificent Portchester Castle. 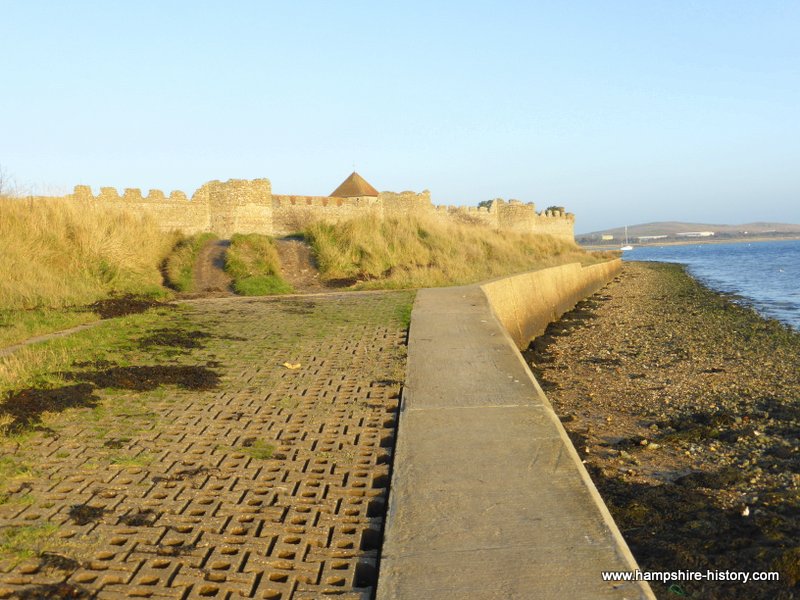 Sometime in the C3th AD, the Romans saw the potential of this piece of land and built a magnificent Portus Magnus. They threw up walls, ten feet thick and twenty feet high, enclosing an area of nine acres. For building material, they didn’t have to look far, great chunks of flint and chalk from the Cretaceous chalk hills that rise behind the site, were all the materials they needed. 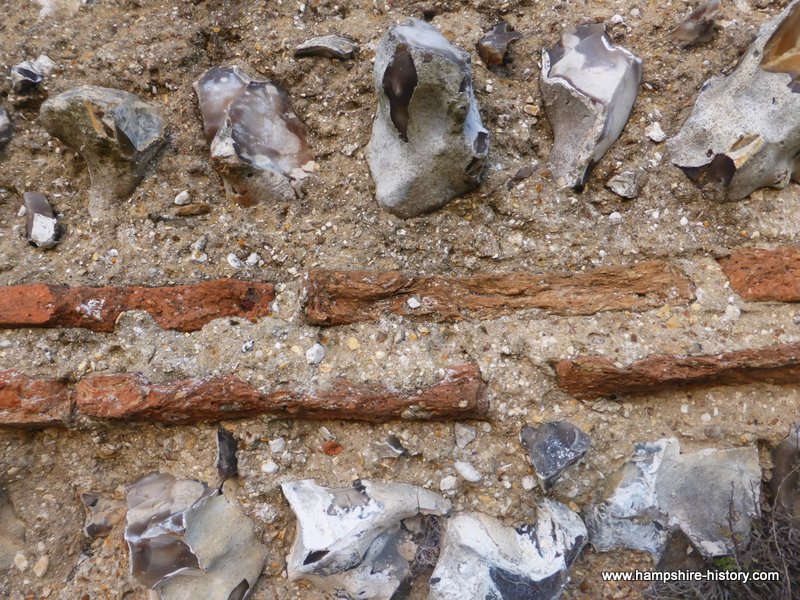 Roman mortar and tiles in the walls

Along the wall, twenty great solid ‘D’ shaped bastions, look out in all directions, many of them still surviving today. Portchester Castle is one of the most complete Roman structures in Northern Europe. 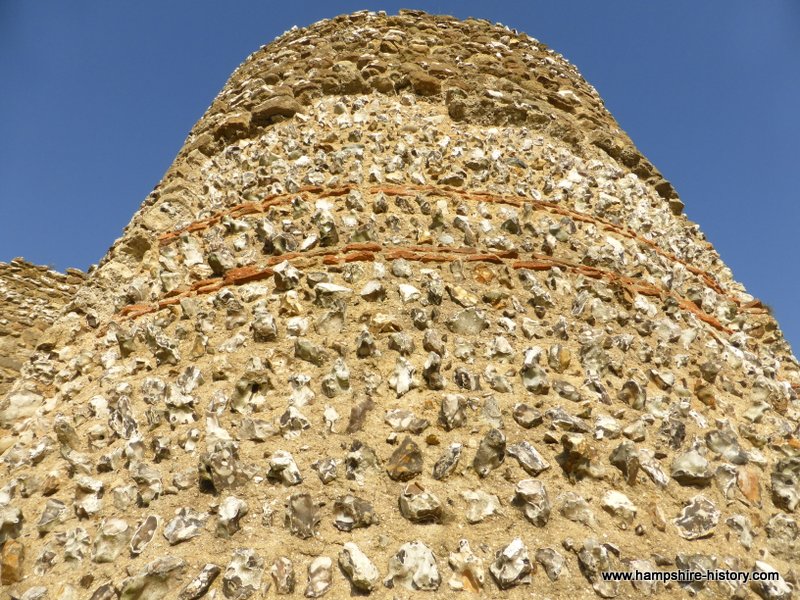 The castle remained  much as the Romans left it.

The Saxons saw its potential and used it to protect themselves against Viking invasions.

The massive keep was raised by the Normans with an inner bailey and moat added. Repairs to the walls were added over the centuries but in essence the walls are Roman. 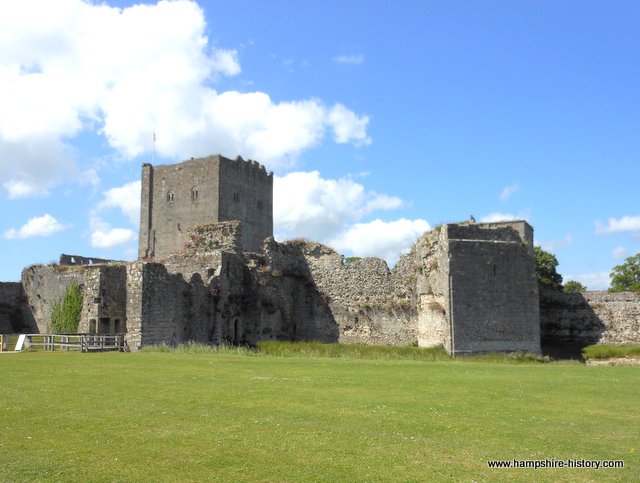 The Keep and bailey

The Norman church of St Mary sits across from the sward of green grass on which, in 1415, King Henry V mustered an army, ready to set off for the coast of France and Agincourt. Now an English Heritage site. 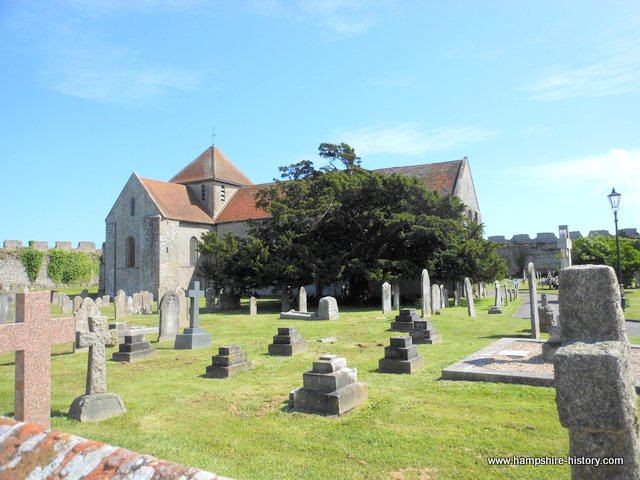