The significance of the Shaftsbury Bowl in Winchester Cathedral 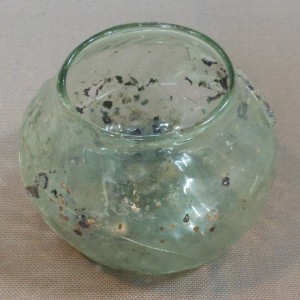 The Shaftesbury Bowl which is housed in the museum at Winchester Cathedral, is the only complete piece of late Saxon glass in England.

It was found in front of the High Altar in Shaftsbury Abbey towards the end of the C19th and it has been suggested that it contained the heart of King Canute who died in Shaftsbury in 1035.from Winchester Cathedral in Winchester, England.

Whatever the truth is, it obviously held something sacred. It is a delicate glass bowl, made for its purpose and had been placed in the most important place in the Abbey, in front of the Altar.

King Canute’s body was translated to Winchester, which is why the bowl has been placed in the Cathedral.