St Swithun was born in Winchester, in about 800 and although little is known about the details of his former life he had an enduring presence in the history of Hampshire.

Swithun entered the church and served the King of Wessex’s household. He must have had a charismatic personality, for he quickly became an important advisor to  King Egbert of the West Saxons.

Swithun is thought to have taught the future king, Ethelwulf, father of Alfred the Great. All their signatures are on an ancient parchment giving the church 1/10th of the lands of Wessex for its support. In 852, Ceolnoth, Archbishop of Canterbury, consecrated Swithun as bishop of Winchester.

After becoming Bishop he immersed himself in the development of the infrastructure of Winchester, overseeing the building of several important structures including the rebuilding of Winchester’s East Gate bridge over the River Itchen. It was while visiting the workmen on the bridge that Swithun came upon a poor woman who had dropped and broken a basket of eggs. Legend states that he restored the broken eggs to whole, this story is re-told in many ways, including the C13th wall paintings in Corhampton Church. 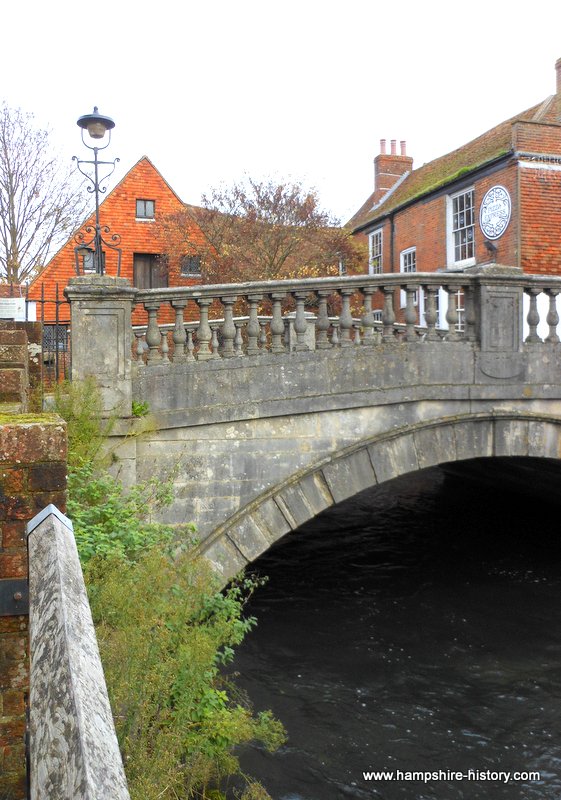 Swithun died in AD862 and at his own request, was buried in a simple grave outside the west door of the Old Minster. He wanted to be where the rain fell on him and people walked by and there he lay for a century. He was loved and venerated by the people and he had loved them and taken care of the poor and needy, so it is no surprise that Swithun became a saint. More and more miracles began to be associated with him, and the cult of St Swithun grew rapidly.

However, his bones were removed in AD971 to a new location in the cathedral, from there on in, there seemed to be an escalation in his popularity.

Pilgrims began to pay homage to the saint in increasing numbers, a tradition which continued, even though St Swithun’s remains, along with those of other kings, queens and bishops, were transferred once again from the Old Minster to the New in 1093 and set in much more elaborate shrines.

Legend has it that St Swithun caused an unrelenting rain to fall on the day of his translation and since then the 15th July, the day of the removal of his remains is known as St Swithuns day, a day when, if it rains, it will rain for forty more days.

His shrine became a point of pilgrimage, one of the most important in England. A typical Medieval cult grew up around him. Swithun’s tomb became one of the most popular pilgrimage sites in England, with pieces of his body being moved around the country as holy relics.

Still what was left of St Swithun’s body was not left to rest, it was  moved into yet another Winchester church in the following century. This remained his final home until the Reformation. In 1538, English reformers destroyed Swithun’s shrine and scattered its relics.

St Swithun’s image appears in churches all around Winchester and in Winchester Cathedral a new shrine has been erected in the location of the old and the pilgrims chair and door can be seen, it remains a point of pilgrimage  nearly fifteen hundred years after his death.