Taskers of Andover Ltd, Tasker & Co, Tasker & Sons the list goes on but the company is the same.

In 1803, Robert Tasker, a twenty one year old blacksmith from Devizes, left his home to look for work and found a job with the blacksmith at Abbotts Ann. He was a hard working and diligent young man, not afraid to work hard but the community that he had come to were intolerant of his Non-Conformist beliefs, in particular his reluctance to work on a Sunday. The withdrawal of their patronage however spurred Robert Tasker to try his hand at something different. He created a new design for a metal plough which he took to various markets in Hampshire and Wiltshire. It was a plough specifically designed to work on the chalk and flints fields of the area and proved very popular with farmers. His brother William soon joined him as the business outgrew the workshop in Abbotts Ann and they made the move to Clatford Marsh in the Anna Valley. 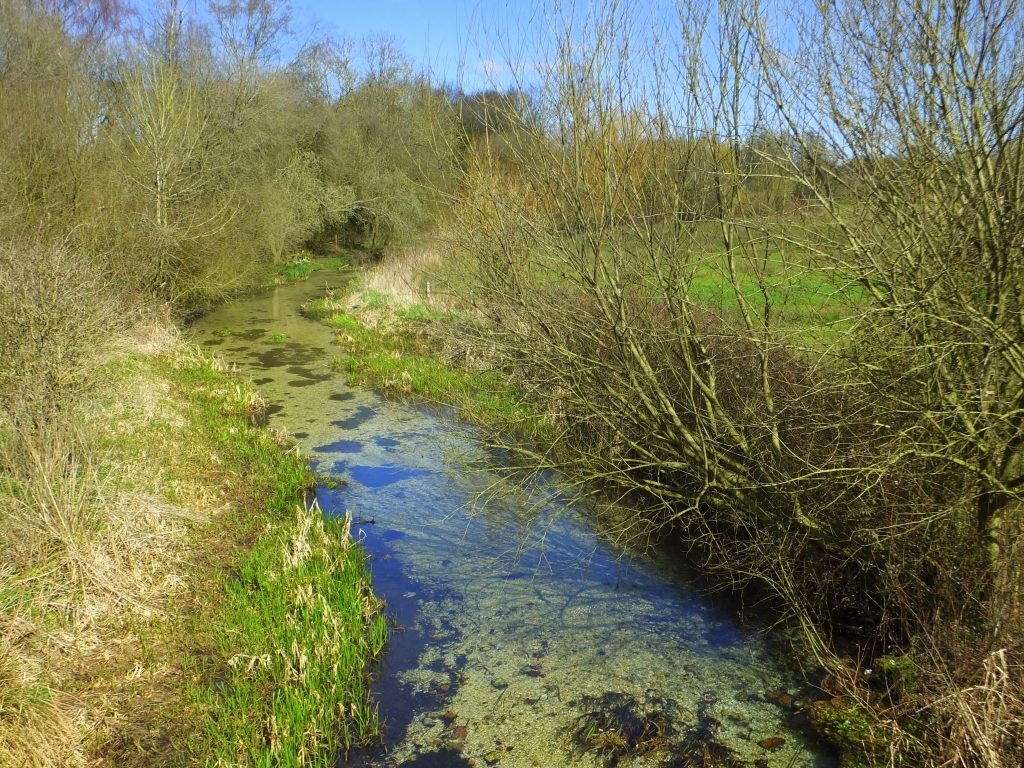 Quiet waters where once an iron foundry rang out.

Why set up business on Clatford Marsh?

At first glance it doesn’t seem like a very good proposition to establish a metal works on a marsh so what were the reasons for Robert Tasker’s choice?

A metal works needs a source of power and Taskers could use the water power provided by the Pillhill (Pill Hill) Brook. The land however was not stable enough to build an iron manufactory upon but Robert Tasker had already noted a chalk quarry to which those in the village had quarrying rights to. Tasker quarried the chalk and laid it on the marshland to provide a base for his new iron foundry. He could also exploit the part of the Pill Hill Brook that had been part of the Andover Canal route in order to bring in his raw materials and then to transport his goods. It was a clever choice of site. 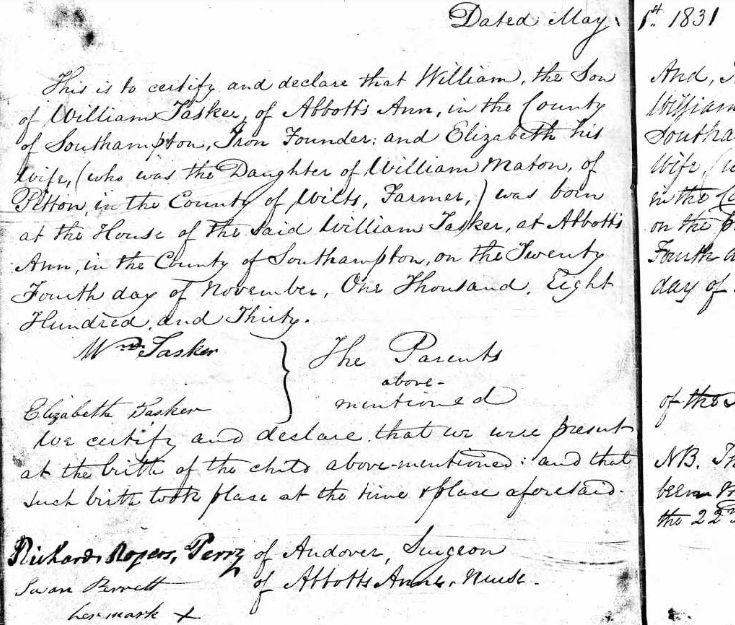 The foundry opened in 1813 and Robert Tasker began to make his improved plough and other agricultural machinery as well as some domestic appliances. In the manner of other well known non-conformists such as the Cadbury family, Tasker believed in looking after his workers and he built houses for his workers so that they could live near to the foundry. The area began to develop and by the middle of the C19th a wide range of goods were being made. Some of these goods were domestic such as window frames and water pumps. Others were on a larger scale such as bridges.

In order to handle goods in and out, they built a wharf on the side of the canal and the foundry got a new name after the Battle of Waterloo, it became known as the Waterloo Ironworks and the cottages nearby, Waterloo Square.

Whilst the company flourished during the industrial revolution, many of the machines they were building would take the place of workers and on the 20th November 1830 a mob of around three hundred men attacked the ironworks intent upon sabotaging the works to prevent them from making machines that, as they saw it, displaced them in the labour market. These were desperate times, food prices were rocketing, the labour market was shrinking for agricultural workers and the country was in a state of general unrest and turmoil. Various parts of the operation such as the water wheel were damaged. Such action must have shocked the Tasker brothers as did the outcome for the machine breakers. Thirty of them were arrested, ten sentenced to death which was commuted to transportation to Australia.

In 1836, Robert retired and his brother William took on a new business partner, George Fowle. Their work continued to increase and they built several iron bridges in the area. William’s sons, William b.1831 and Henry then joined the firm and it became known as William Tasker and Sons.

They produced machines that could be driven by steam or horse. Agricultural machines such as portable mills for grinding corn, threshing machines, cake crushers, shepherds huts, the list is endless.

Brother Henry went and served an apprentice with Clayton and Shuttleworth in Lincoln. This company developed a portable steam engine which became the mainstay of their business in the 1850’s. When Henry returned home he decided that if Taskers was to develop it needed to adopt the same technology and so it was in 1869 the first steam engine left the works. Named ‘Hero’ it was bound for a show in Southampton and it must have struck an amazing sight as it passed along the roads even though it had a few problems on its journey. It is said three hundred people bought rail tickets from Clatford to Southampton to see Hero being displayed. 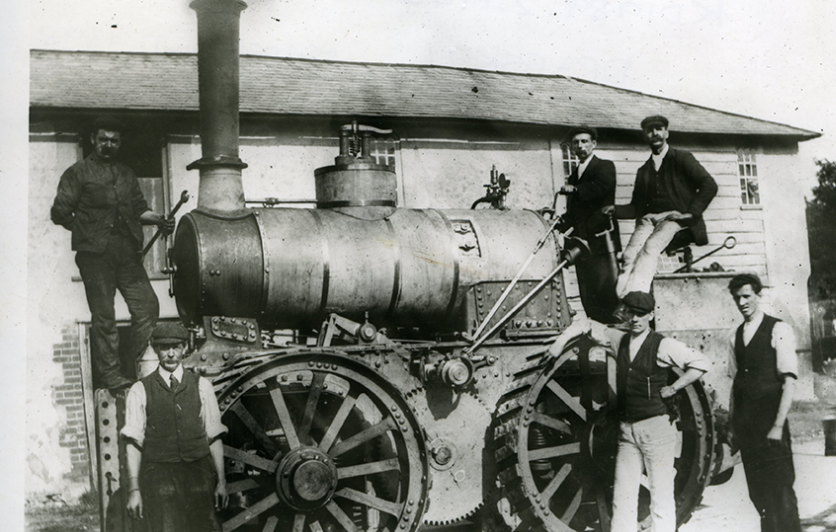 Once the technology was sorted out, Taskers began to produce a very popular line of engines called Little Giants. Despite the demand for these tractors and trailers, Henry Tasker was facing financial ruin. His brothers had died and after buying out the rest of the family, he was left with virtually no liquid funds. He took George Hoare into the business but despite their best efforts in 1903 it went into liquidation. George Hoare did manage to revive the business in 1907 which continued manufacturing, switching to munitions during WWI. Between the wars the company struggled to keep going. It began to manufacture trailers and in 1932 a new firm evolved, ‘Taskers of Andover Ltd’.

During WWII the firm produced an enormous low loading trailer which could transport a complete fighter aircraft. These proved to be invaluable in the Battle of Britain. They were known as Queen Mary trailers on account of their large size, named after the Cunard ship the Queen Mary.

The end of the war meant the company had to switch production lines again and they turned back o agricultural machinary. In 1968 a subsidiary of Craven Industries took over the works but in the mid 1980’s the works were closed and all the buildings were demolished. After 170 years of operation the manufacturing works quietly closed for the final time.