The COPP Memorial at Hayling.

The Combined Operations Pilotage Parties (COPP) memorial on Hayling Island is a reminder of how the bravery of a few people had such a huge impact on WWII.

The Combined Operations Pilotage Parties were made up of members of all three services, the Royal Navy, the Royal Airforce and the Army. They were formed to undertook many projects throughout the war, reconnoitring the coast, where stealth was essential and making possible a large number of operations where detailed observations of terrain, conditions and enemy positions and number were essential to success and to reducing casualties. 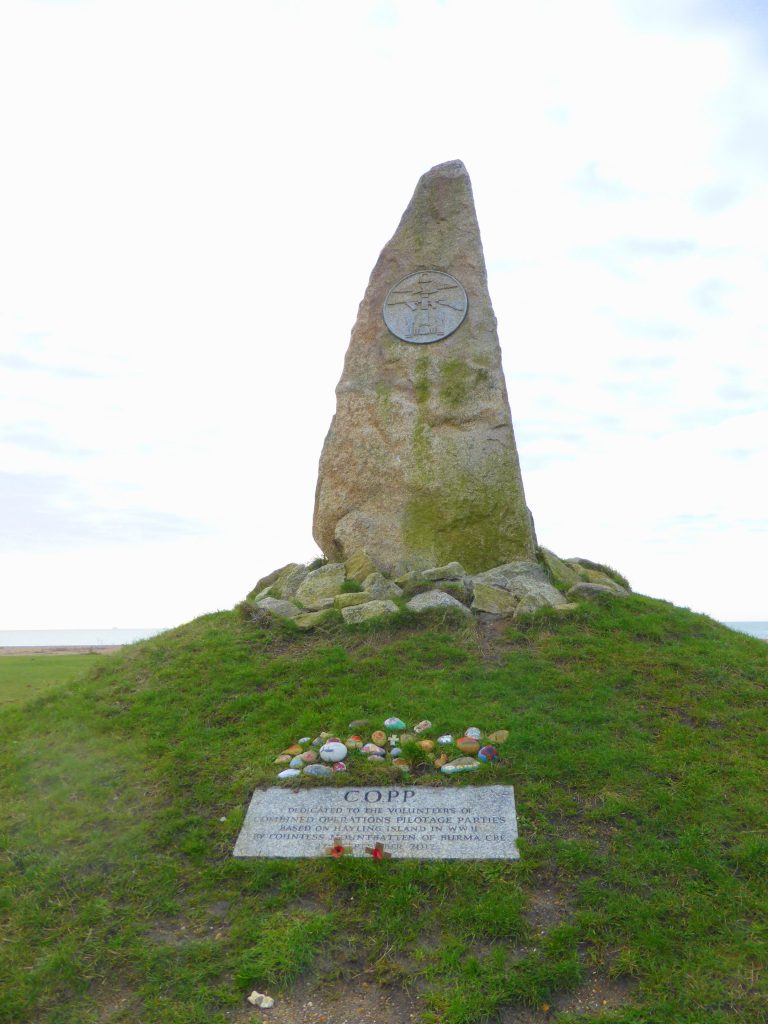 The invasion of France had been in the sights of the War Cabinet for years before it took place and on a cold dark night in December 1943 a team of men left the southern coast of Hampshire to survey the beaches of Normandy. A secret COPP unit that had been based at Hayling Island Sailing Club. From here and from other points along the coast, teams trained in covert operations reconnoitred the beaches that had been selected for the invasion landings.

Such reconnaissance missions were extremely hazardous and it is not surprising that members of this unit of volunteers won over ninety medals and commendations in under three years.

Under the ever watching eyes of the German troops, the COPP’s arrived on the Normandy beaches, took detailed measurements and sampled the sand with augers. The beaches were mined and German gun emplacements looked down on the beaches. It took immense courage to undertake these missions and the success of the landings on D-Day owe such a lot to the bravery of these men. They continued this work, surveying all the landing beaches that the British, US and Canadian troops would use to invade Europe. 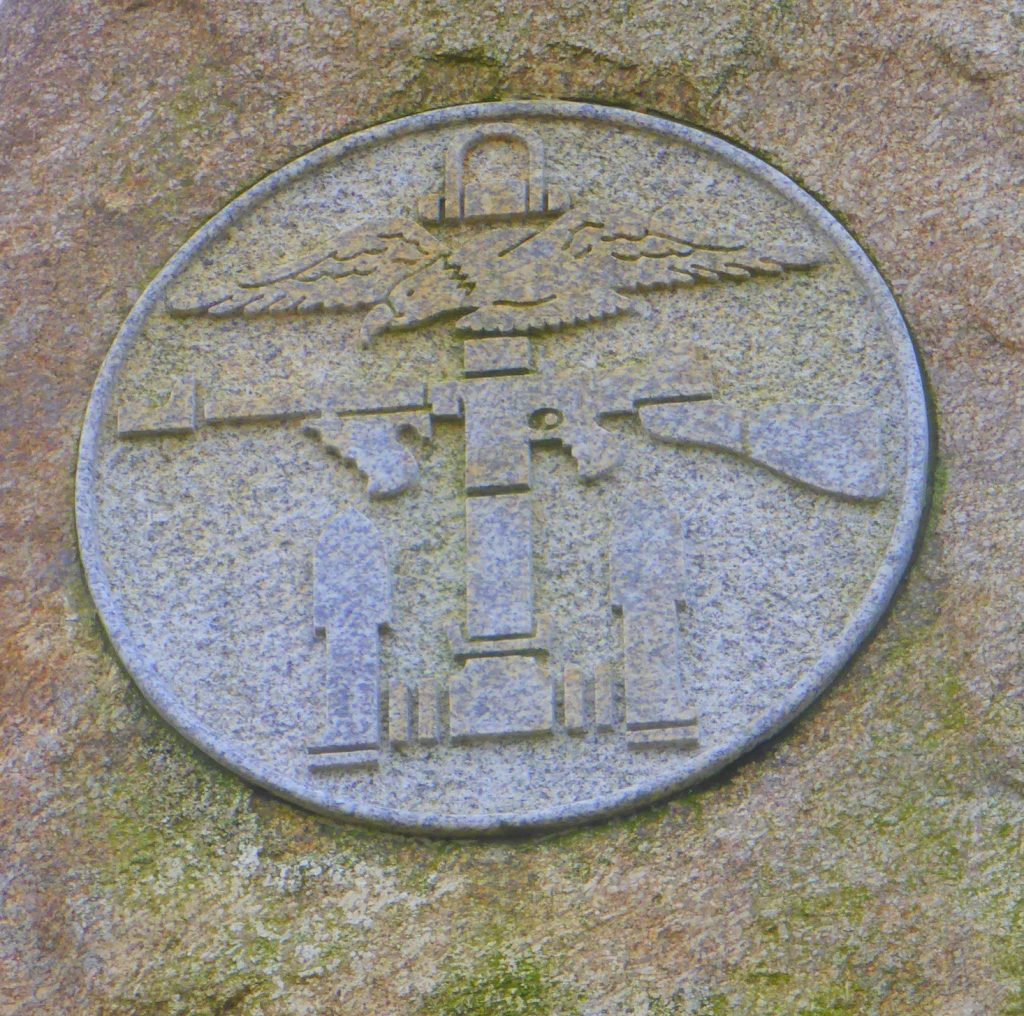 Combined Operations badge. An eagle over a sub machine gun over an anchor depicting all three services.

How did they accomplish their mission?

They boarded midget submarines in Gosport and were towed to within a few miles of the beaches. Five men would stay in this tiny space for up to four days. On board were two swimmers, two crew and the COPP commander. Using a periscope they surveyed the beaches and then at night the swimmers would leave the craft and swim up to 500 m to the shore. The water was very cold, the night black and all had to be accomplished in silence with no lights.

Without their data, D-Day may not have been possible nor any of the other projects which the COPP’S were part of.

The COPP Memorial on Hayling.

The memorial was established on Hayling thanks to the work of the ‘Discover Hayling’ team who established the COPP Heroes Memorial Fund.  In January 2011, HRH Prince Charles, expressed an interest in the project and offered a block of Cornish granite to form the basis of the memorial and has since become the fund’s patron. 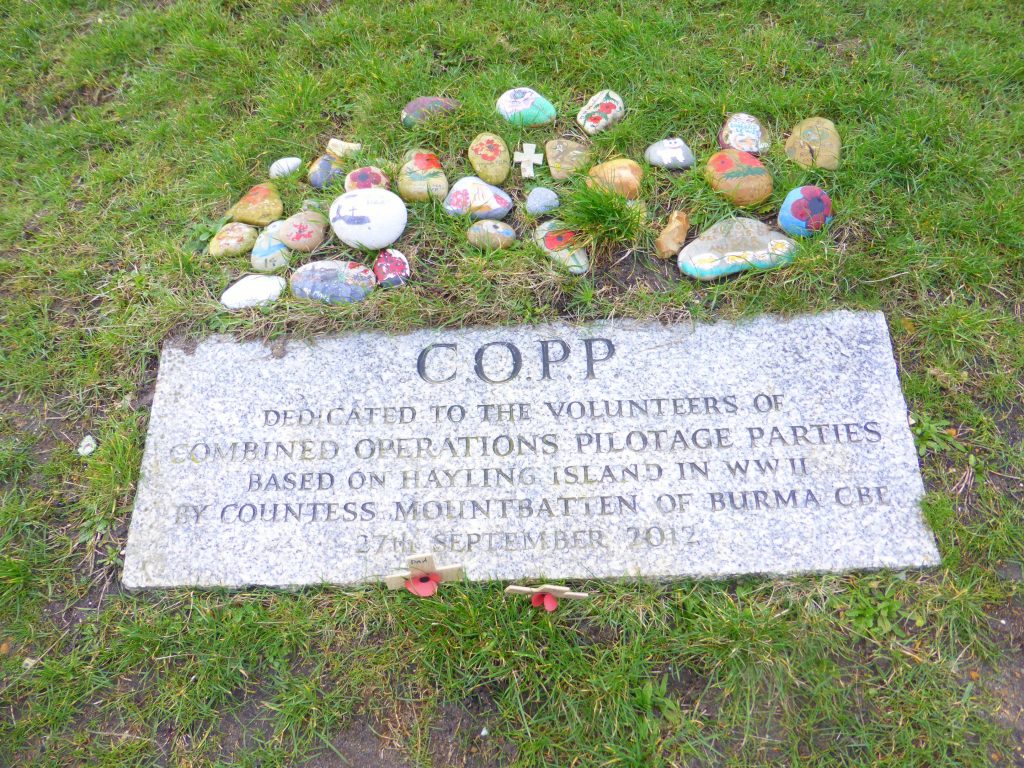