June 2, 2017 / HLB / Comments Off on Ashford Hanger and William Cobbett

A lovely walk on Ashford Hanger and William Cobbett is probably the last thing that pops into your head.

However, here on top of the spectacular steep chalk slopes of the Ashford Hanger with its sweeping views down to Steep and Petersfield in the south east and north to Oakshott and Hawkley, stood William Cobbett. 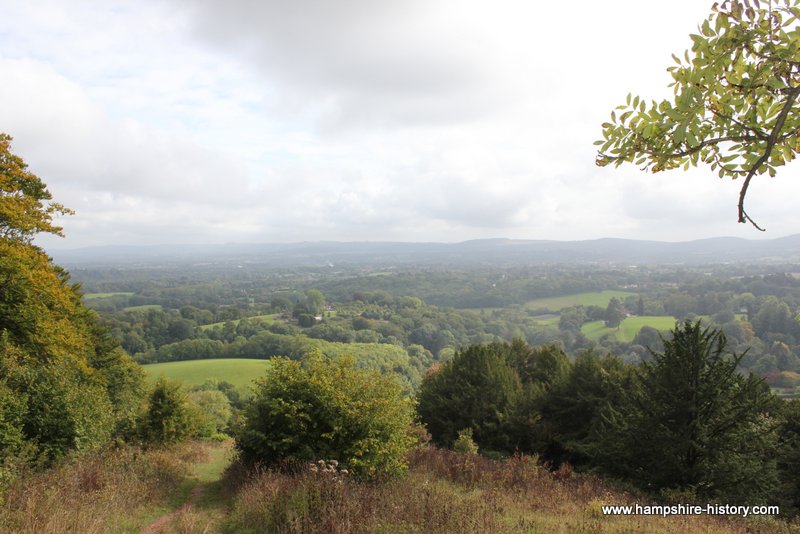 Ashford Hanger view to the south.

William Cobbett, journalist, farmer and politician rode these southern lands and commented on them in his book ‘Rural Rides’ which was first published in 1830. In this delightful, if slightly wandering ramble of a book are his observations on rural and agrarian life. His background was an agricultural one and there was nothing in his early life that would give a hint of his vigorous engagement with politics that would come to dominate his world (this story for another post). But his adventures abroad and his natural longing to be part of something bigger pushed him headlong into political debate. On his return to England and his home in Farnham, he was struck by the changes in his country. It was not the England he remembered. In 1805 he bought a farm in Botley and immersed himself in agriculture and local politics. His view of the poor treatment of farm workers, who suffered so much under the Enclosure Acts and the poor rates which kept workers pay incredibly low, all served to radicalize William Cobbett. 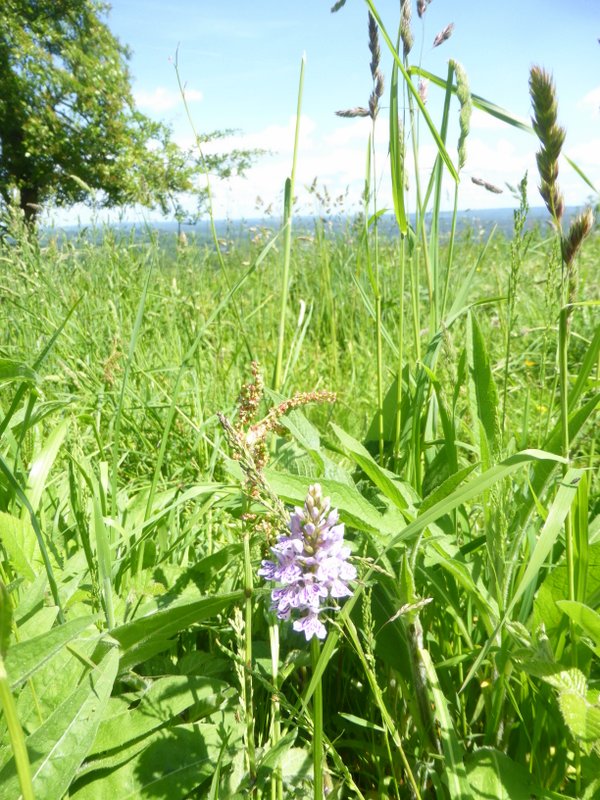 His accounts of his new found rural England were captured in his writings as he travelled much of southern England. His observations of life and politics serve to tell us about the lives and trials of  rural England in a post Napoleonic War period. His work in the Radical reform movement should not be underestimated nor should his attempt at getting the rural poor to help themselves. He was an acute observer of life and of the land through which he moved, so here, on top of the Ashford Hanger, we can enjoy William Cobbetts description of a view that can still be recognized some two hundred years down the line.

Here is the description from the book that describes Cobbetts journey up to this point on the hanger, travelling from East Meon on his way to Thursley in Surrey. Cobbett was determined not to have to take the road and turnpike to Hindhead, he had clearly had enough of them. Instead he was determined to ride across country despite having been warned against doing so. He stopped at a friends at a place close to Froxfield called Bower and there took directions for Hawkley. His friend tried his best to dissuade him and he was nearly put off;

‘The roads were represented as being so bad, the floods so much out and the hills and bogs so dangerous that I really began to doubt’

Cobbett informed his friend that this would not deter him and received this response.

‘If you will go that way by God, you must go down Hawkley Hanger’

Cobbett admits he hadn’t fully grasped the awesomeness of the hanger and as he set off along the green lanes and bridle ways he stopped to ask for directions to Hawkley and again was warned of what he was approaching;

‘You’ll come to the hanger presently, you must take care Sir, you can’t ride down, will your horses go alone?’

As I walked along the byway today I smiled at the thought of Cobbett being pulled up short by the stunning view that opened up before him. 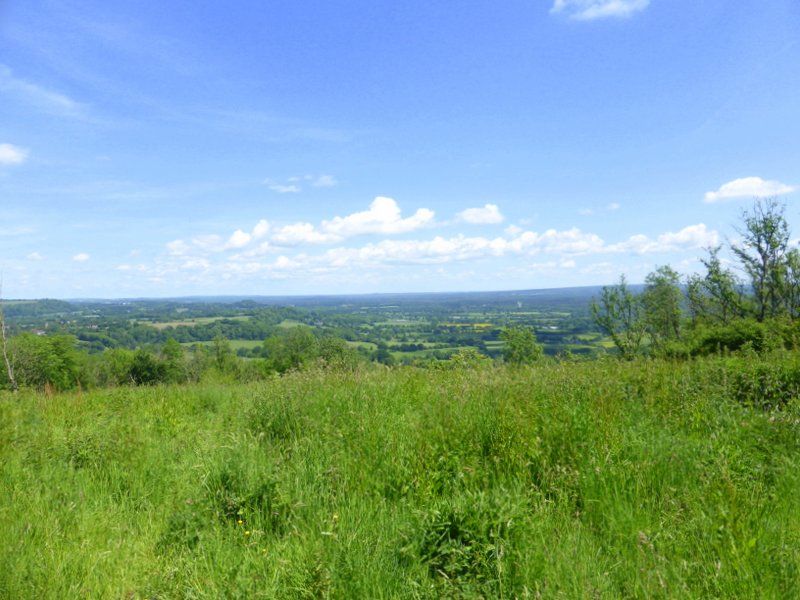 This was how Cobbett expressed it and it is one of my favourite passages in his book and I think it shows how honestly Cobbett wrote. The southerly views, where the slopes rush down into the valley, trees hanging on for grim death can turn the tummy but the expanse of the northerly view from the summit of the hanger, looks out over the villages of Hawkley, Greatham and Selborne and it is this that Cobbett describes.

‘The lane had a little turn towards the end so that, out we came, all in a moment, at the very edge of the hanger! And, never in all my life, was I so surprised and so delighted! I pulled up my horse, and sat and looked and it was like looking from the top of a castle down into the sea, except that the valley was land and not water……’ 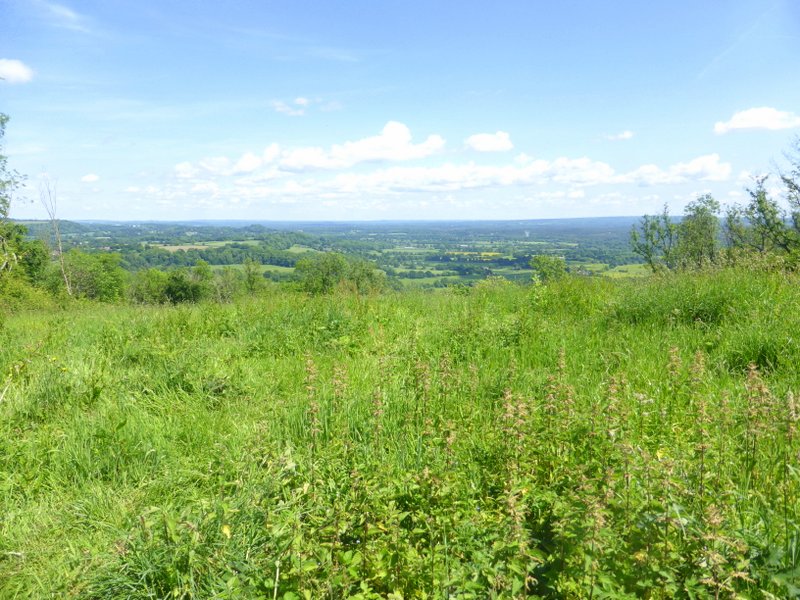 Looking out towards the villages of Greatham, Hawkley and Selborne

And just a reminder that we all take our local countryside, if not for granted, then just being a part of ourselves, an acceptance of where we live, Cobbett says this;

‘Those who had so strenuously dwelt on the dirt and dangers of this route, had said not a word about the beauties, the matchless beauties of the scenery’

The day continues to unravel for Cobbett and at the end of it and Cobbett reflects upon it, he has this to say and I think it perfectly sums up the breathtaking beauty of this unique landscape;

Thus ended the most interesting day, as far as I know, that I have ever passed in my life’.

The hanger is a National Nature Reserve and beautifully managed, majestic beech trees and yews hang onto the slopes on the south facing slopes and a visit to the poets stone, the poet in question being Edward Thomas is well worth exploring. The byways and green lanes described by Cobbett criss cross the landscape and it is not difficult to imagine that William Cobbett would recognize the ride he took in November 1822, if he turned up with his horse here today but I fancy the views he saw through the winter foliage would have been a bit clearer.