With the 70th anniversary of D – Day approaching, a visit to the little village of Southwick and Southwick House, tucked behind the protective hill of Portsdown seems appropriate.

Southwick village is a quintessential English village, full of timbered framed thatched cottages squashed together, a wonderful ancient church whose door is always open and welcoming, a great village shop and two lions, the Red Lion and the Golden Lion but more on those later. 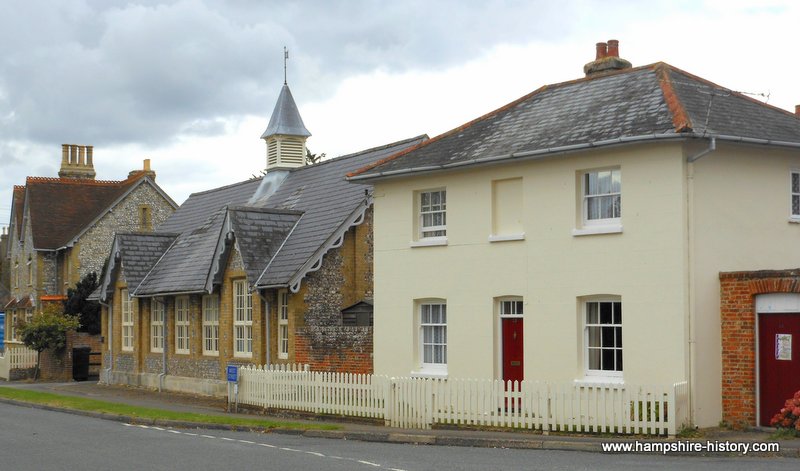 The remains of Southwick Priory would seem ample to complete the picture but in recent historical times, Southwick was at the centre of one of the most important moments in British history.

The clues are found in the village itself with visitor boards relating the part Southwick played in the build up to D – Day in 1944.

Southwick House, once a magnificent family home was to become the headquarters of the main allied commanders, Admiral Ramsay, General Eisenhower and General Montgomery. 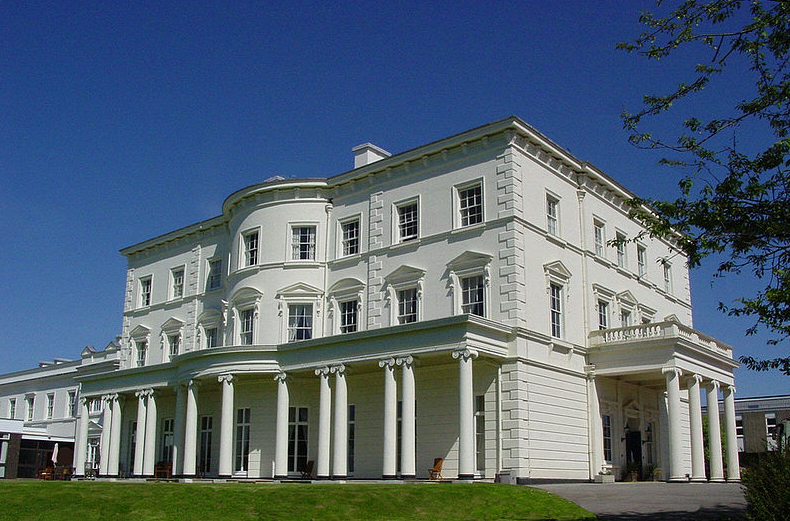 How the house came to be used as the headquarters goes back to 1940 when the Thistlethwayte family, who owned the house, allowed the Royal Navy to use it to accommodate students from HMS Dryad in Portsmouth Dockyard. By 1941, bombing in the Portsmouth Naval Dockyard had become so bad that the house was requisitioned and HMS Dryad had a new home.

Colonel Evelyn Thistlethwaite was the squire of Southwick Estate and owner of Southwick House. Whilst he had loaned the house as a dormitory to the students of HMS Dryad, the estate was still very much a family affair and Colonel Thistlethwayte enjoyed the company of the Admirals that he invited to share the game shooting his estate could offer.

In retrospect, after the war, he may have come to regret his open generosity because whilst enjoying the shooting the admirals took note of the splendid position of the beautiful Georgian house, a stones throw from Portsmouth but sheltered behind the hill and its forts and they requisitioned it. 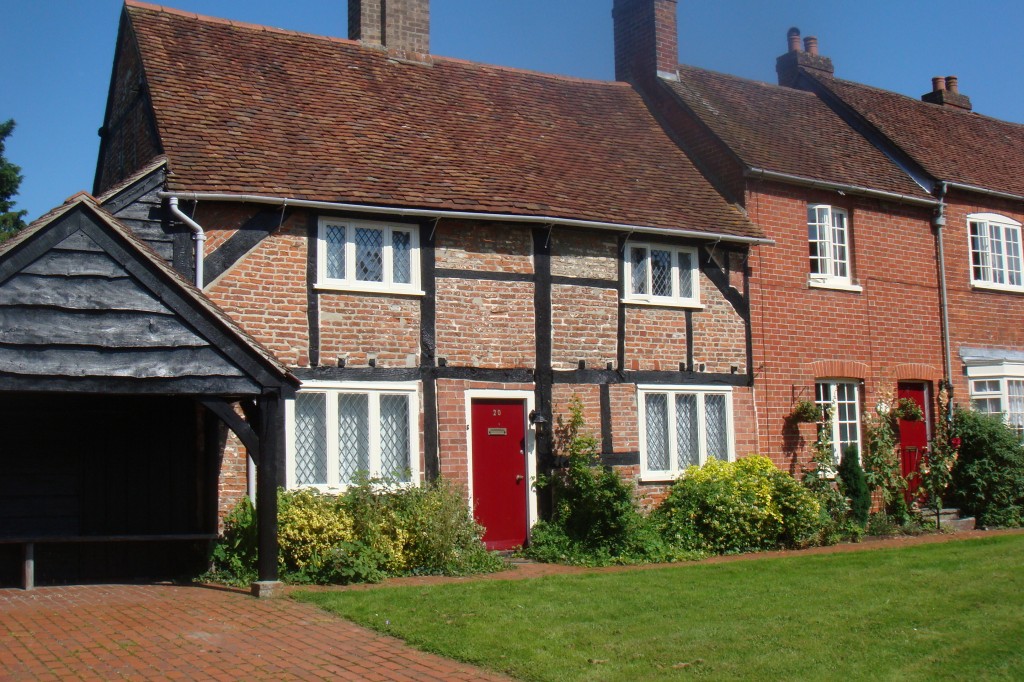 The houses of Southwick, if they belong to Southwick Estate their doors are painted maroon.

The role of Fort Southwick

Fort Southwick is just one of several Victorian forts that perch on the crest of Portsdown Hill, looking down on Portsmouth and its magnificent harbour and dockyards.

Each fort had its own role but Southwick was chosen to be the daddy of them all, it would become the strategic planning centre for an operation to launch a large scale mainland invasion of France. Coursing deep underneath the fort are a network of tunnels, lined with steel, where commanders met and plans made.

This would set the seal on Southwick House, its position so close to this nerve centre made it the ultimate HQ. 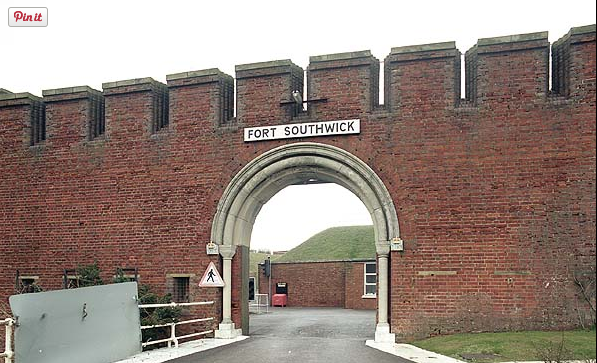 The old drawing room became the famous map room from where D – Day was planned. The map was made by the Chad Valley toy company, war games for real. The house was at action stations. To see a replica of this map, visit the D – Day Museum in Southsea. Accommodation for those in command sprung up in the form of Nissan huts, where they could grab a few hours rest. The village was in lock down, the pub, the Golden Lion became the officer’s mess and here sat the great commanders, Monty and Eisenhower enjoying a drink together. 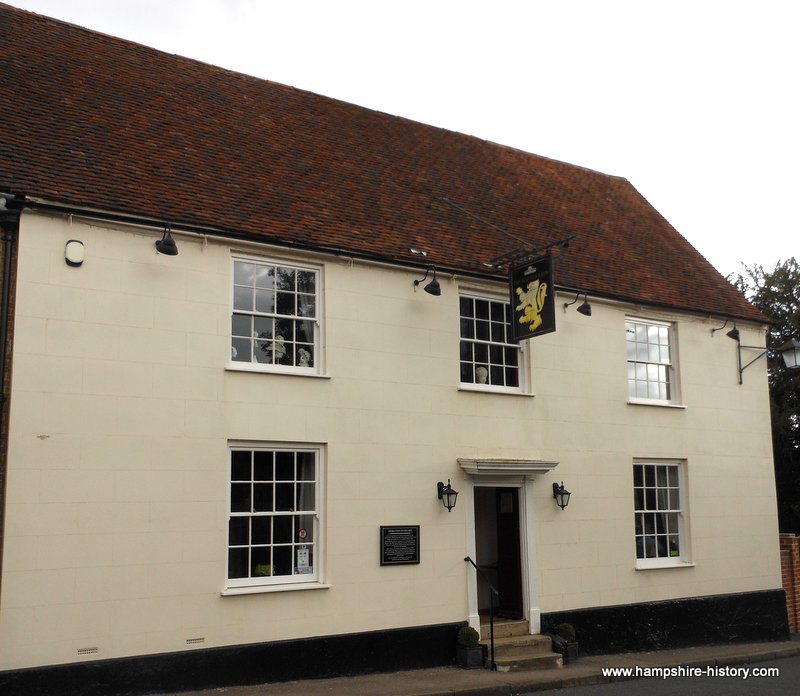 Golden Lion Southwick where Eisenhower and Monty shared a drink

Nearby Droxford played its part too in D-Day

Hampshire kept one of the biggest secrets in the run up to D – Day when tens of thousands of troops were billeted in Hampshire villages, hidden in their woods and sunken lanes and taken care of by the local people. At Droxford on the 2nd June 1944, Winston Churchill, members of his war cabinet, President Eisenhower and the French leader Charles de Gaulle, the Canadian President William Lyon McKenzie King and the South African leader Jan Smuts, all met on the Royal train, in the siding at Droxford on the Meon Valley line.