Hampshire and the Mulberry Harbour

Hampshire and the Mulberry Harbour – vital contribution to D-Day

If D – Day and the Overlord Operation were to stand any chance of success, it was vital to provide the troops and all their supplies, with an instantly usable harbour, not here in England but on the beaches of France.

What was accomplished in the building of the Mulberry Harbours was quite simply breathtaking. It took the combined effort of the whole country but a great deal of the work was achieved here in Hampshire. 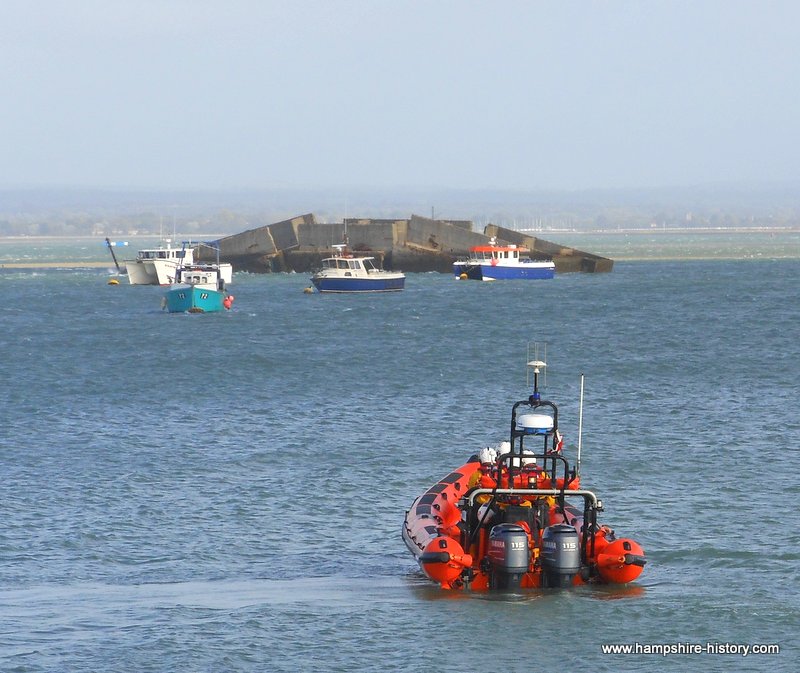 The dolphin off Eastney Point

Much of the development and testing work was done at Haslar at the Admiralty experimental laboratory, with testing at Horsea Lake. Other testing was done on the Beaulieu River, where floating concrete vessels, that could be towed were tested. In Gosport, the firm of Camper and Nicholson built a shallow draught boat called a slug that could be taken under the floating harbour and act as small delivery vessels whilst the harbour was being built.

Part of a Mulberry Harbour at Hayling

There were many parts to a Mulberry Harbour;

Corncobs – these were blockships that were sunk to create a breakwaters

Dolphins – these were specialized parts to form the piers and pierheads

Whales and beetles – these would form the floating roadways

At Marchwood near Southampton Water Dolphins, Whales and Beetles were built. Lepe Point, Stokes Bay and Langstone Harbour were sites for the construction of Pheonix caissons, one of which can still be seen off Eastney Point.

Across the Solent, great lengths of Whale and Beetle were tied up off Ryde on the Isle of Wight. 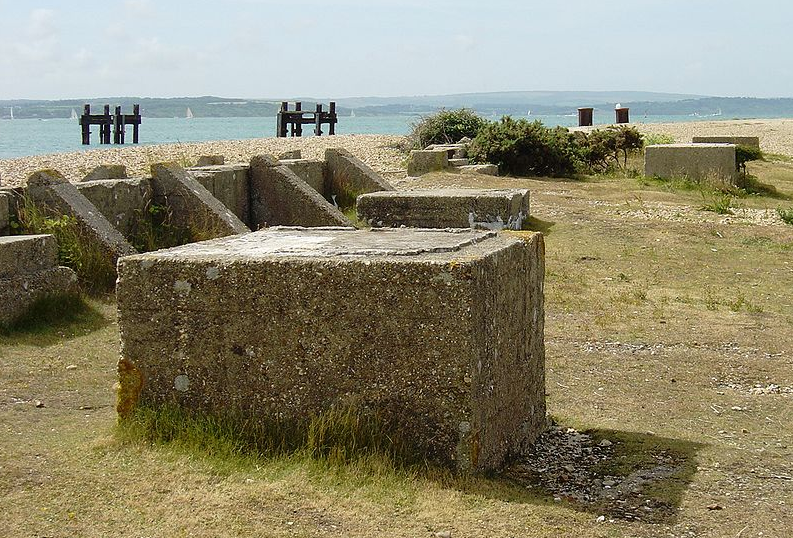 Shipping the troops and supplies for D – Day

Southampton was the main port for moving men and supplies but the whole coast of Hampshire was a machine that distributed troops and goods on a scale that seems impossible now. The Hampshire coast is full of inlets and creeks and in the run up to D -Day each was crammed full of watercraft. Wherever there was a need, special slipways were constructed to embark men and vehicles onto these craft. In some instances the slipways led straight onto the landing craft, in some places such as Stone Point at Lepe, concrete mats were laid onto the beaches so that heavy vehicles such as tanks could be safely embarked.

The work continued after D – Day

The success of the Mulberry Harbours meant that the Hampshire coast was kept busy for months after the initial invasion. Some staggering figures for Southampton are that on 17th July 1944, southampton loaded and unloaded an amazing 66 ships. On the 4th August 1944, 14,755 embarked and the next day a record 17,992 tons of cargo handled. Fuel from Fawley, maintenance workshops at Hamble, tugs being controlled from Lee on Solent, it took 102 tugs to maneuver the tricky concrete caissons. The work on the Hampshire coast was a frenetic but immensely successful operation of ingenuity, determination and manpower.

Troops waiting to embark at Southampton

Some excellent sites to discover more about Hampshire and D – Day

An overview of the whole of Operation Overlord

Video overview of Operation Overlord, you might also like to take a look at the the Hampshire History Series of D-Day Posts here