The quiet village of Oakley, not far from Basingstoke, has been the setting for a number of interesting historical events, including its part in producing an Archbishop of Canterbury, William Warham. 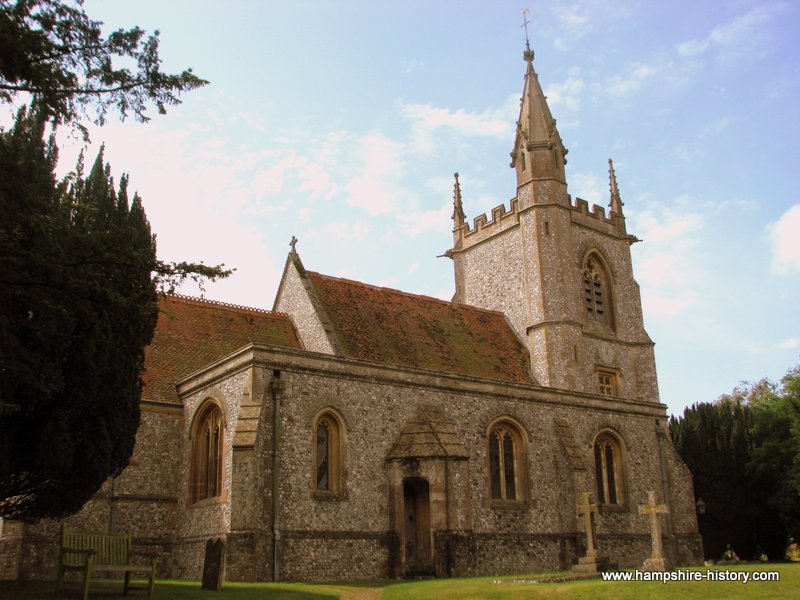 The C15th Warham family were wealthy and influential people in the area of Oakley. Robert Warham and his wife Elizabeth, owned property and land from Malahanger, north of Oakley up towards Ibsworth Lane. Their son William, was born in 1450 and the family were privileged enough to send him to Winchester College and then New College Oxford where he studied law.

William Warham became a lawyer, both practising and teaching law in Oxford and London, after which he took Holy Orders. His time in London had been well spent though and the dealings of the astute and charming young man caught the attention of Henry Tudor. His path to power was at this point sealed. Henry entrusted him with various negotiations and missions on the continent and it was through these travels that William Warham was to meet a man whose teachings were to have a profound affect upon him.

During the course of his continental travels William Warham met the great Renaissance scholar Erasmus. He was hugely impressed by the man and his work and persuaded and supported him financially to come to Cambridge and engage with other scholars. He became throughout his life Erasmus’s most generous and consistent supporter. This intellectual friendship would give wings to a complex process of historical change, namely the process of church reformation. They had a close relationship still not yet fully understood. 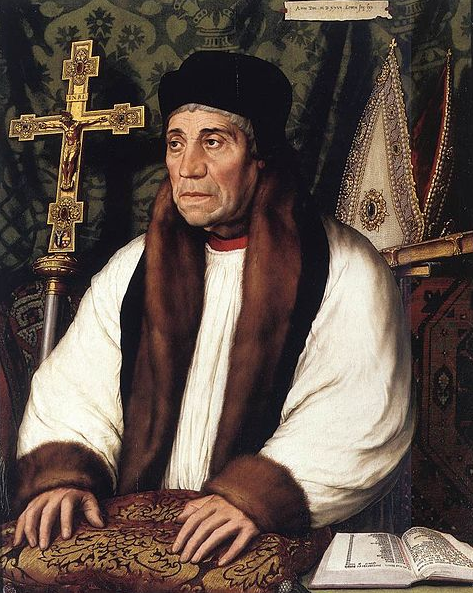 Picture of William Warham by Holbein 1527

William Warham’s rise in the church

Such was the high esteem in which King Henry VII held Warham that he appointed him Archbishop of Canterbury in 1503. He also made him Lord Chancellor between 1504 and 1515.

King Henry VIII had other advisors and his preferment of Thomas Wolsey, created a tension between the Archbishop and Wolsey over matters of the church. They had to work together over the matter of Henry’s divorce from Katherine of Aragon. What a poisoned chalice that was for Wolsey but Warham managed to maintain his authority although he whole heartedly disagreed with what was happening. Before he died he declared his loyalty to the Church of England.

Gifts to Erasmus and for church repairs

By many accounts, including those of Sir Thomas More, William Warham was a generous and charming man who gave many gifts. He and his friend Erasmus, exchanged portraits of themselves, painted by Holbein.

He built a house at Malshanger, of which only one octagonal tower remains. 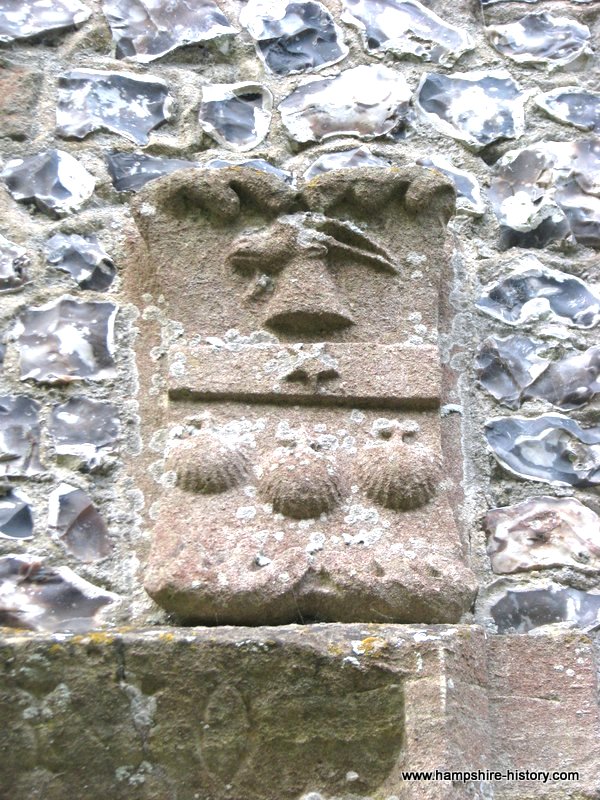 Part of the coat of arms of William Warham

He is also thought to have spent considerable sums of money, repairing the church at Oakley which carries his coat of arms and crest. Inside the church can be found a tomb of Purbeck marble with the inscription;

Pray for the soul of Richard Warham who died 1 October 1487 and Elizabeth his wife who the same year on the 15 day of September. May God receive their souls.

How sad for a family to lose both parents within a few weeks of each other. 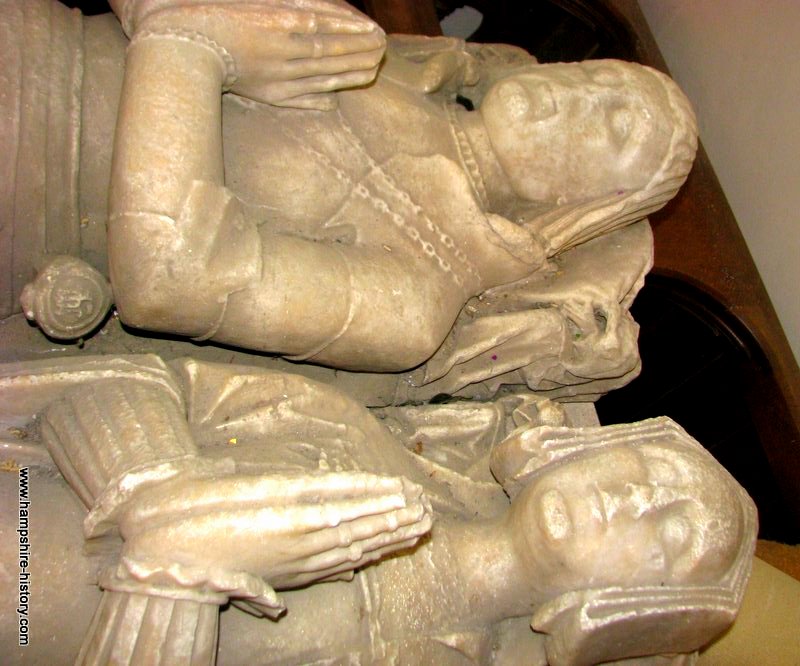 Tomb of Richard and Elizabeth Warham 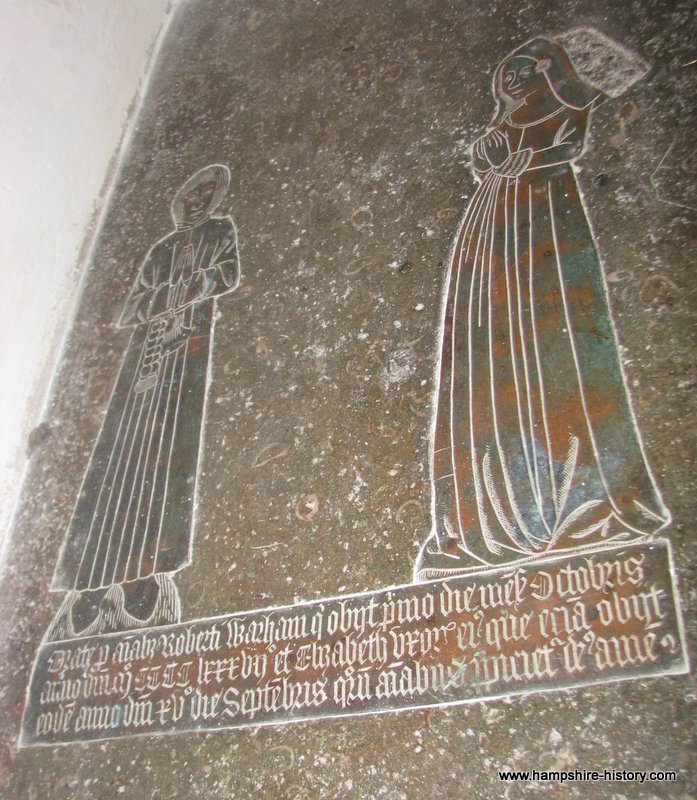 The death of William Warham

William Warham died on the 22nd August 1532 and was buried in the north transept of Canterbury Cathedral, a long way from his parents in his home village of Oakley in Hampshire. 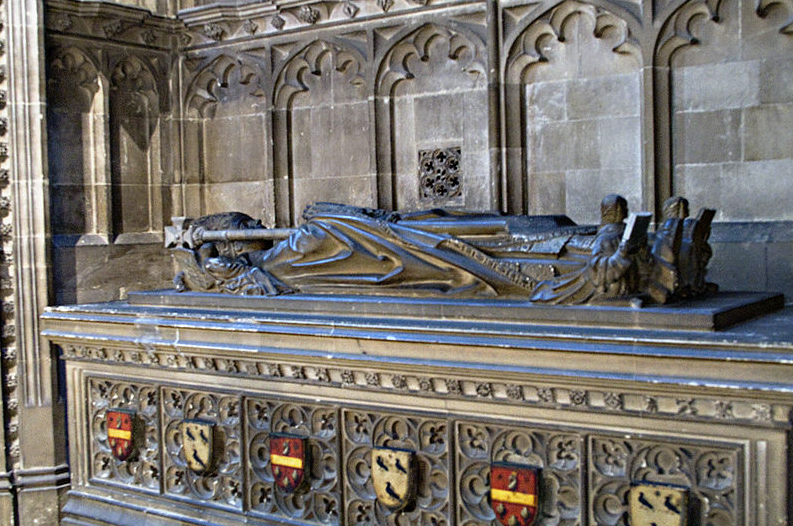